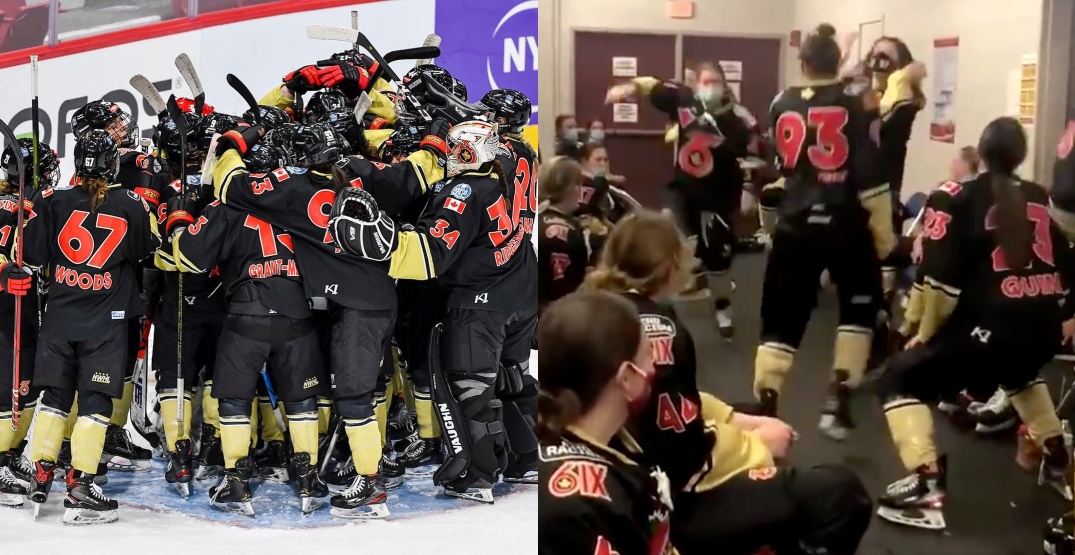 After picking up their first-ever win, Toronto Six players were in a dancing mood.

Toronto’s newest pro team, competing in the NWHL, earned a third-period comeback win on Tuesday, defeating the Boston Pride 2-1, with forward Mikyla Grant-Mentis scoring the go-ahead goal at 4:56 of the third period.

After the game, the team decided that they would celebrate the history-making moment by having a mini dance party in the hallway.

The team’s record currently sits at 1-1-1, which is third best in the league. This is the Six’s inaugural season as they were created after the fall of the CWHL in 2019 and the NWHL expanded to Toronto.

All six NWHL teams are currently in Lake Placid, New York taking part in a regular season bubble from Jan 23 to Feb 5 at Herb Brooks Arena. The 14-day tournament will conclude with the Isobel Cup Final.

The Six only have two more games left in this mini-season before the playoffs. Their next game will come against the Buffalo Beauts on Thursday at 5:30 pm ET.