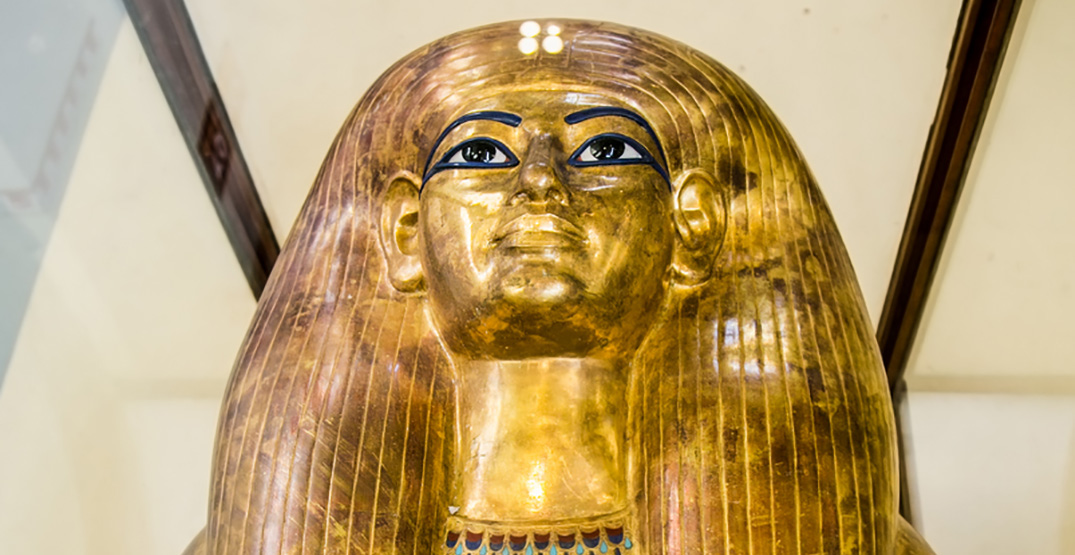 Interior of the Museum of Egyptian Antiquities in Cairo. (Shutterstock)

Multiple ancient Egyptian mummies will be arriving in the city this fall, but don’t worry, it’s not the latest crisis of 2020.

This September, the Royal Ontario Museum (ROM) is welcoming six guests from the ancient world to share their stories with the city.

In a new exhibit running from Saturday, September 19, to Sunday, March 21, in the ROM’s Garfield Weston Exhibition Hall, Egyptian Mummies: Ancient Lives. New Discoveries wants to show what life was like back on The Nile 3,000 years ago.

The exhibition uses advanced CT scanning techniques, 3D images, over 200 extraordinary objects, and six mummies who lived between 900 BCE and CE 180 to tell each individual’s story.

Organized by the British Museum, the ROM says this is the last chance to see this exhibit before it concludes its world tour.

“Egyptian Mummies: Ancient Lives. New Discoveries is a unique opportunity to forge a connection with six people who lived, worked, and died in Egypt thousands of years ago,” Josh Basseches, ROM Director and CEO, said in a release. “Ancient Egypt has long intrigued us, sparking imaginations and inspiring the pursuit of ground-breaking research.

“This exhibition is a dramatic journey of discovery, where innovative scientific technology and extraordinarily preserved objects illuminate the life stories of individuals from Africa’s earliest civilization.”

Beyond the figures themselves, organizers say the exhibit offers new insights into the practice of mummification, religious beliefs, family life, and cultural diversity.

By producing detailed and complex images in this manner, researchers can study the mummies without disturbing their coverings. The information they can gather using the scans includes age, sex, height, state of health, and the embalming process used to preserve them.

“This exhibition invites visitors not only to gain a new appreciation and understanding of daily life and the funerary practices in ancient Egypt, but it also offers a glimpse into the future of Egyptology,” said Dr. Krzysztof A. Grzymski, a senior curator at the ROM and the Toronto presentation of Egyptian Mummies. “I can’t wait for visitors to experience the surprising connections between modern and ancient life.”

Some of the figures being brought into the city include Tamut, a middle-aged chantress from the temple of Amun; Irthorru, a male middle-aged priest in several of Akhmim’s temples; an unnamed singer in the temple of Karnak; and even a boy from Hawara who lived during the Roman period.

While enjoying the spectacle though, there are new rules at the ROM to help prevent the spread of COVID-19.

Besides mandatory face masks, the museum is limiting the number of admissions per day, and visitors are asked to pre-book timed-entry tickets online.

The ROM is also operating using temporarily reduced hours until further notice and is open from Wednesday to Sunday, 10 am to 5:30 pm.