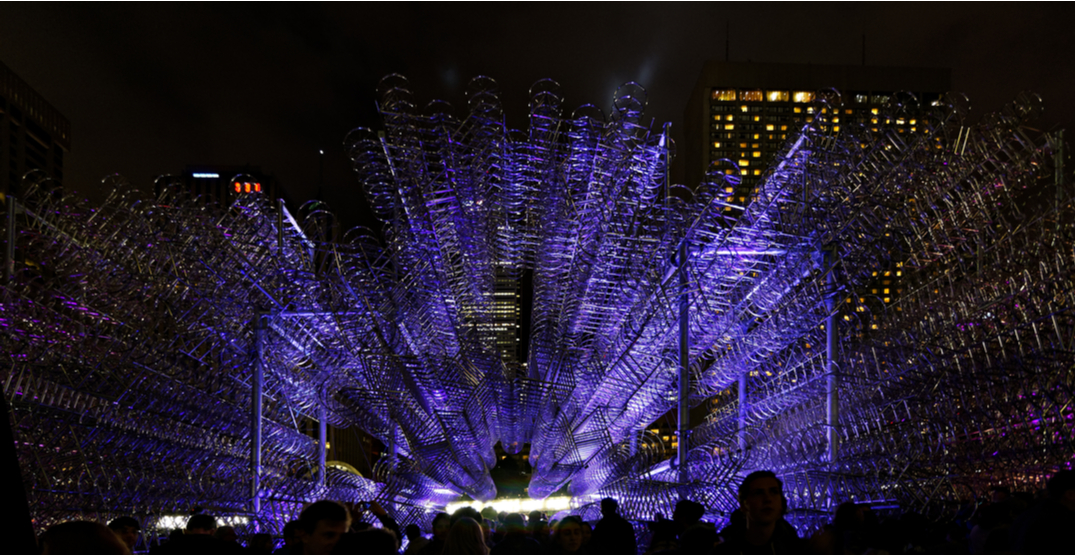 Nuit Blanche Toronto is going digital this year, introducing a full virtual experience with five streams that encapsulates the essence of its theme.

On October 3, attendees will be able to watch the event online. This year’s theme, The Space Between Us, will present five streams of programming including talks, podcasts, a release of the 14-year archive called Nuit History, livestreams, and artworks in augmented and virtual reality.

A few of the events will run until October 12.

“Nuit Blanche has always been about making a wide spectrum of contemporary art accessible and enjoyable for everyone, it is as much a celebration of our diversity as it is a showcase for the creativity of talented artists,” said Mayor John Tory in a press release.

“This year, the virtual edition of Nuit Blanche brings the art directly into your home. I encourage Toronto residents from across the city to take part in this virtual celebration of art.”

The 15th annual event has been reimagined in a special digital format to ensure the safety of everyone during the pandemic.

“The Space Between Us, features art installations and interactions that focus on the connections across urban, polar and pacific landscapes. These connections reveal the space between us as a potential site for sharing knowledge,” said the City of Toronto.

You can experience Nuit Blanche artworks through Augmented Reality and Virtual Reality by more than 20 commissioned artists.

Nuit Talks, Nuit History, and Nuit Podcasts are also part of the program, according to the city.

“Since 2006, this award-winning event has generated over $443 million in economic impact for Toronto. The first virtual edition of Nuit Blanche provides an opportunity to engage with the remarkable creative talent that has both captivated Toronto in the past and will inspire us in the future,” said Deputy Mayor Michael Thompson.

Nuit Blanche – The Space Between Us

When: October 3 starting at 7 pm, with some events running until October 12.