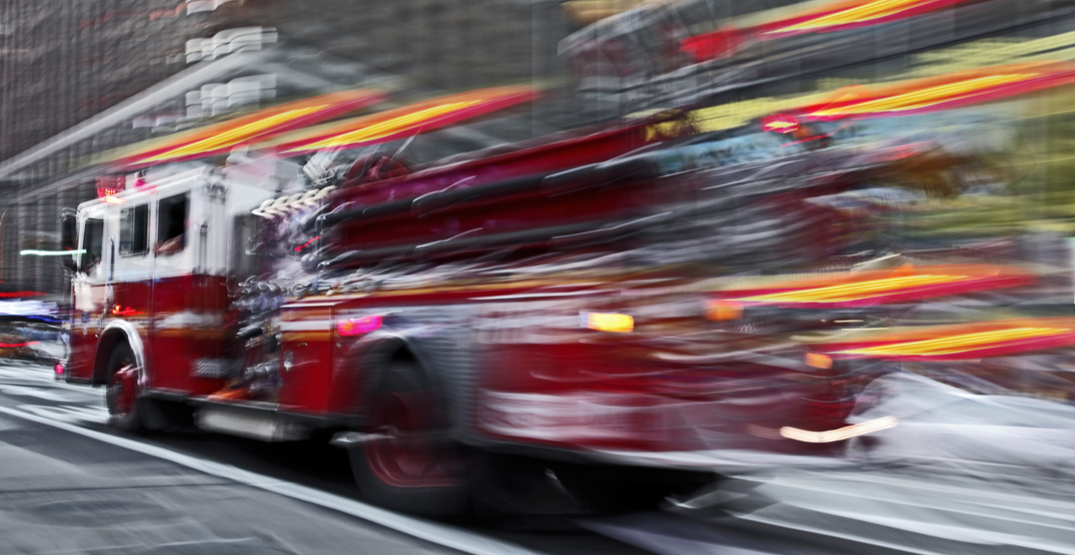 Toronto emergency crews are on scene at a five-alarm fire tearing through a high-rise building located in the city’s north end.

Multiple emergency crews are on scene of a multi-level blaze at the building located at Gosford Bl. and Shoreham Drive.

Three people have been treated for “various injuries” and some of them are being transported to the hospital.

The incident is now a five-alarm fire.

Elevators inside the building are not working, and people inside are being urged to call 911.

FIRE:
Gosford Bl + Shoreham Dr
– 3 people have been treated for various injuries
– None of the injuries are serious
– Some of them are being transported to hospital
– Fire is not out
– It is now a 5 alarm fire
-TTC has provided 5-6 shelter buses
^dh

Toronto Fire Chief Mattew Pegg says a total of six people have been rescued. TTC shelter buses are also on scene to the north of the building on Gosford, for anyone in need a warm, safe, dry place for shelter.

At present, a total of 6 occupants have been rescued and removed by @Toronto_Fire crews and transferred to @TorontoMedics. 1 has been transported to hospital in stable condition.

TTC shelter buses are on scene to the north of the building on Gosford for anyone needing a warm, safe and dry place to shelter.

Just before 8 pm. Gosford said there were 22 firetrucks and 100 personnel on scene.

At present, @Toronto_Fire has 22 trucks and approximately 100 personnel on scene at Gosford.