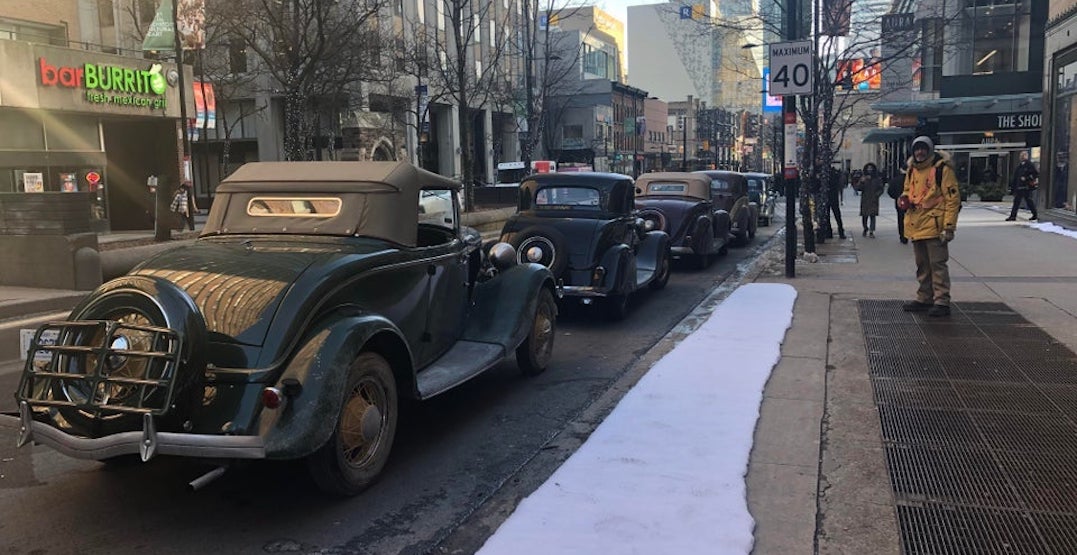 Commuters navigating the downtown core on Wednesday were in for a treat, as the area was brimming with 1940s vehicles for a movie starring Bradley Cooper.

Nightmare Alley, from Pan’s Labyrinth and The Shape of Water director Guillermo del Toro, took over the Yonge and Gerrard neighbourhood, in front of College Park.

According to the City of Toronto, the project is expected to shoot until March and has been ongoing since September.

Those who were in the area got a glimpse of cool, vintage vehicles that took them to a film noire era, and shared their snaps of the situation on Reddit:

Old Hudson on Yonge at Gerrard this morning from r/toronto

And one Twitter-user expressed that sometimes, when you’re leaving work late, you run into some cool surprises… movie sets included.

According to IMDb, alongside Bradley Cooper, the remake of the 1947 film stars Rooney Mara, Cate Blanchett, and William Dafoe.