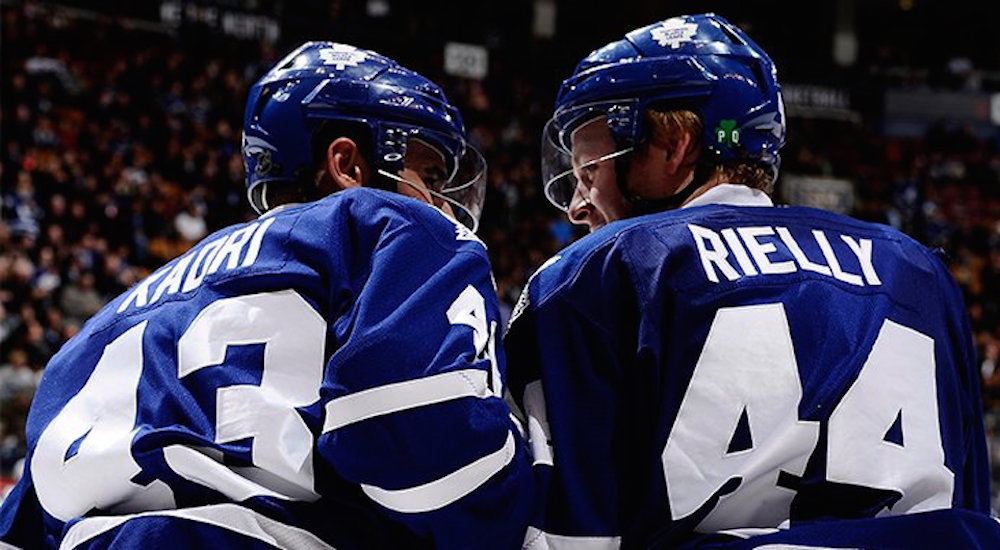 Here’s the good news: for Canada’s hockey teams, it can’t get any worse.

All seven of our hockey teams missing the playoffs for a second year in a row? That would be more far fetched than the Republicans choosing a moron to run for president just because he’s rich.

Since nothing could be more far fetched than that, it’s not happening.

Question is, which teams will make it this season?

To figure that out, it wasn’t enough to do an outlook for at the Canadian teams’ rosters – I had to go through every team and predict how they’d stack up. So I studied each roster, graded them at each position and weighted certain positions more heavily (goaltending matters more than a team’s wingers, for instance).

I used spreadsheets and then I used my eyes to read them, so you could say I employed a hybrid of analytics and the eye test… or you could not say that, because it’s probably wrong.

Either way, my predictions will leave some of you happy and more of you thinking I’m crazy.

Below , I list which three teams I see making the playoffs in each division, followed by the wild card races. Read on to see if your team makes the cut. 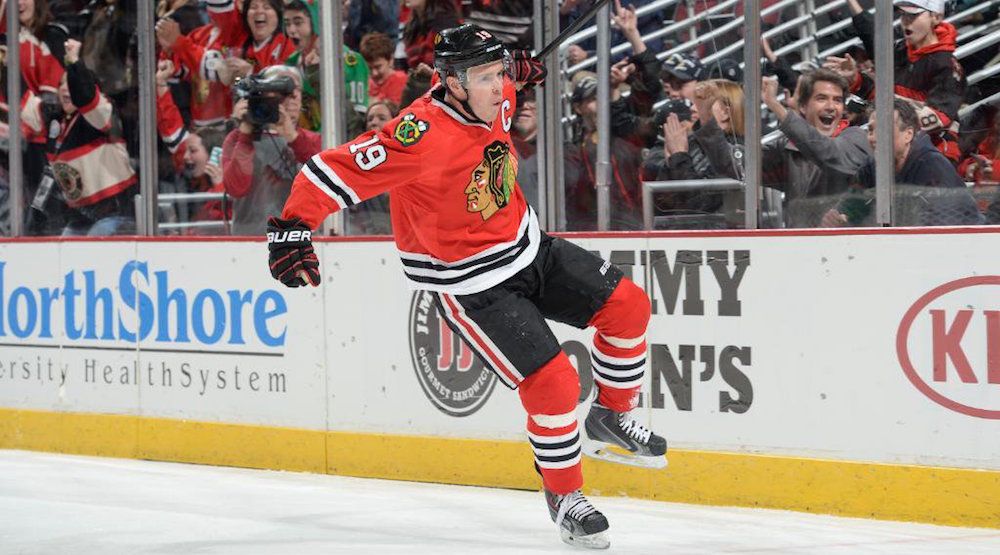 Don’t think anyone will disagree that the Central Division is the toughest in the league. It boasts four legitimate Cup contenders with Chicago, Nashville, St. Louis, and Dallas, so it’s tough to choose the three top teams.

What separates the three I picked is their defence. Chicago, Nashville and St. Louis have three of the strongest top-four groups in the league. Dallas – not quite.

With Marian Hossa getting older and Patrick Sharp leaving for Dallas two years ago, Chicago’s offence isn’t what it used to be. That’s about the only negative they have, though.

At defence, they have one of the strongest top fours in the league – Duncan Keith, Brent Seabrook, Brian Campbell, and Nik Hjalmarsson, and in they’re set in net with Corey Crawford.

The Predators are built like Kim Kardashian. Their back-end is amazing and the rest is pretty great too.

Start with one of the NHL’s best goalies – Pekka Rinne in net. On D, PK Subban, Roman Josi, Ryan Ellis, and Matthias Ekholm are an elite top four that will transition the puck and add a bunch of offence. And up front Ryan Johansen and Filip Forsberg are elite scorers who will lead the charge.

One of the best stories in the NHL came out of St. Louis last year.

Their team was pretty damn good too. With half giants Kevin Shattenkirk, Alex Pietrangelo, Colton Parayko, and Jay Bouwmeester at the back-end, it’s hard for other teams to even get the puck into their zone. No surprise their even-strength shot attempts against were in the bottom third of the NHL last season.

Up front, they have one of the league’s most skilled scorers in Vladimir Tarasenko and a solid supporting group in Paul Stastny, Jaden Schwartz, and Alex Steen. 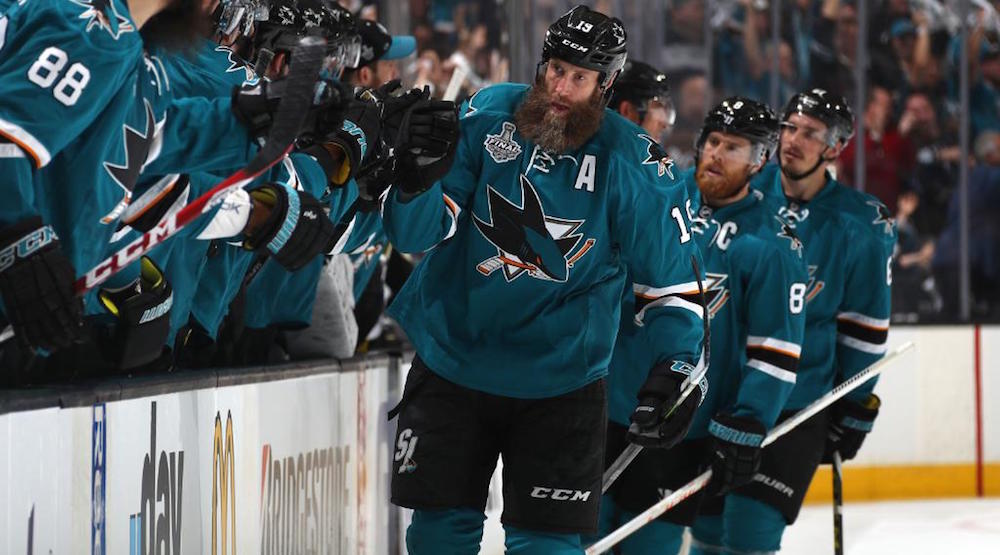 With some of the league’s best teams over the past few seasons, it may seem obvious to pick San Jose, LA, and Anaheim to come out of the Pacific.

But rosters change, and so do rankings. I’m not picking Anaheim to even make the playoffs this season and that’s largely because the team’s defence is not strong. The fact Kevin Bieksa is in their top four shows that lack of depth.

The Sharks have it all – a strong D led by the elite Brent Burns; serious depth down the middle with Logan Couture and Joe Thornton; elite scoring wingers with Joe Pavelski, Thomas Hertl, and Patrick Marleau; and a great goalie – Martin Jones – in net.

They haven’t changed much and they didn’t have to, and they will once again be fighting to be the best team in the West.

To answer your first question: no I’m not kidding.

Stay with me for a second. If you look at the NHL’s best teams, you’ll notice they all have two high quality centres (usually at least one if not both are elite). The Oilers have had great forwards for years now, but one difference this year is their strength down the middle.

The obvious one is Connor McDavid, but behind him are Leon Draisaitl, who’s just touching his potential, and Ryan Nugent-Hopkins who has suffered through injuries and is finally healthy. All of a sudden, they have one of the strongest groups of centres in the league.

At the back end they’re not trotting out anything close to St Louis’ monsters, but by adding Adam Larsson and Kris Russell, they’ve got an NHL-level top four. That’s a lot more than you can say for their D corps of last year, and it’s enough to make a difference.

The Kings are still very strong at all positions, but they’re getting older and they aren’t deep on defence.

They’ll still make the playoffs, but with their current roster, they don’t look like contenders anymore.

The Western Conference wild cards were the toughest picks to make.

It’ll likely be a dog fight between Anaheim, Dallas, Winnipeg, Calgary, and Vancouver, and there’s no telling which one will come out on top.

Dallas is the easy pick in the wild card race. If not for the strength of the Central Division, they’d be in the division’s top three.

Unlike the Central powerhouses, Dallas’ strength is up front. They’re strong down the middle with Seguin and Spezza and they’re strong and potent at wing with Benn, Sharp and Janmark.

Their one question is in net – Kari Lehtonen and Anti Niemi.

And that’s why they’re fighting for a wild card.

If I didn’t lose you at Edmonton making the playoffs, this one might do it.

Let me explain myself, though.

The Canucks are going from a team that rolled out Matt Bartkowski and Luca Sbisa as top four defencemen many nights last season to a team that boasts Alex Edler, Chris Tanev, Erik Gudbranson and Ben Hutton at the back.

With Hutton ready to break out after his rookie season and Edler looking to bounce back after an injury plagued one, this is actually a strong group.

Their forwards are looking better too. Sven Baertschi is ready to take the next step and Anton Rodin and Loui Eriksson will add offence.

Most importantly, their goaltending has been stellar for a while, and it still will be with Ryan Miller and Jakob Markstrom splitting starts.

The big worry for the Canucks is the health of the Sedins. At 36, they might be made of glass.

Leaving the Flames out was a tough call.

They’re strong down the middle with Sean Monahan, and Sam Bennett ready to break out. They have one of the NHL’s elite wingers in Johnny Gaudreau, and their defence, with TJ Brodie, Mark Giordano, Dougie Hamilton, and Dennis Wideman, is deep.

While Bob Hartley couldn’t manage to put the pieces together, Glen Gulutzan probably will, and he’ll get the most out of this team.

The big question is how Brian Elliott will look behind a team not coached by Ken Hitchcock.

If the Canucks falter, Calgary will take their playoff spot.

The Jets are hard to place. They have a great group of defencemen with Dustin Byfuglien, Tyler Myers, Tobias Enstrom, and Jacob Trouba.

The one question mark for them is in net. Will Connor Hellebuyck and Michael Hutchinson be able to get it done? I don’t think so, but if they do, Winnipeg is playoff bound. 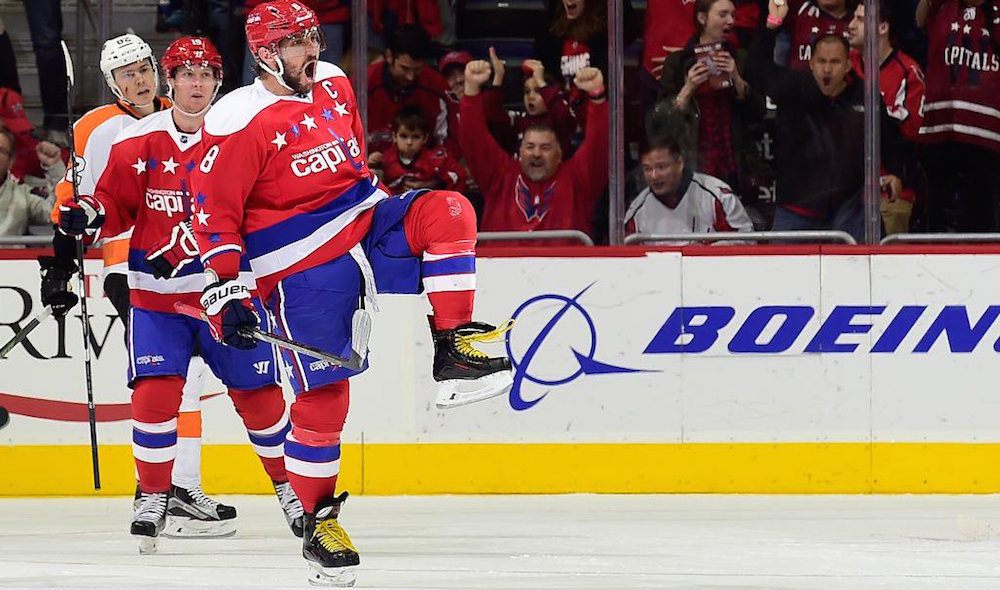 While the Central Division is filled with contenders, the league’s strongest teams might still be in the East. This season, I’m calling for another Eastern Conference Presidents’ Trophy winner. The tough part is figuring out who’ll win it.

In the Metropolitan Division, it’ll be between Washington and Pittsburgh once again.

After changing coaches last year, the Penguins had the best shot attempt differential in the league.

This year they’ll have Mike Sullivan for an entire season.

They’re a powerhouse, and they’ll battle the Capitals to be the NHL’s best team.

Third place in this division is where it gets interesting (and extremely hard to to predict).

I have the Rangers just beating out the Islanders and Flyers for the third spot – but this is a tough call.

They have one of the league’s best goalies in Henrik Lundqvist and a solid cast of defensemen and forwards. 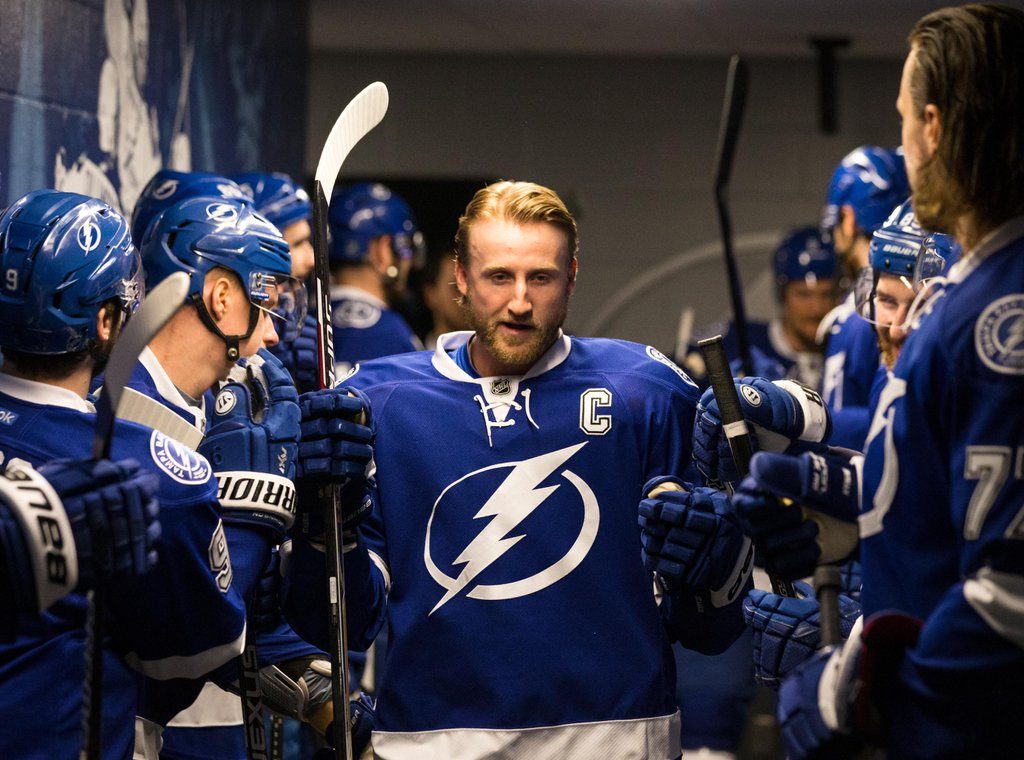 Parity? It’s a myth. Looking at the Lightning’s lineup you realize what a contender looks like.

Four elite forwards in Steven Stamkos, Nikita Kucherov, Tyler Johnson and Jonathan Drouin; a strong group of defencemen led by one of the league’s best in Victor Hedman; and two goalies who basically take up the entire net just by standing in front of it – Ben Bishop and Andrei Vasilevsky.

The Canadiens are probably the best team.

They’re strong on defence – led by Shea Weber and Andrei Markov – and they have skill up front with Alex Galchenyuk, Max Pacioretty, and Brendan Gallagher.

Really, it all comes down to the league’s MVP of two seasons ago. And it’s not even a question of if he’ll play well. If he’s healthy he will.

Losing Jonathan Huberdeau for a few months will hurt the Panthers but with the strength they have down the middle – Aleksander Barkov and Vincent Trochek – and at the back end – led by Keith Yandle and Aaron Ekblad – they should keep improving.

My Eastern wild card race was between the Islanders, Flyers, and Sabres.

And yes, seeing Buffalo there surprised me too. But they’re a young, improving team with players ready to break out at almost every position. Jack Eichel and Rasmus Ristolainen are the most famous ones.

Really, their biggest question mark is in net – will Robin Lehner be good, and will Linus Ullmark play well if needed?

That’s why I had them on the outside looking in.

The Islanders have a strong defence with Nick Leddy, Travis Hamonic, and Johnny Boychuk. Up front, John Tavares is an elite centre and he’ll have Andrew Ladd and Ryan Strome supporting him.

They shouldn’t be far behind the other New York team.

Philly is back and they’re younger, faster, and quickly improving.

With Shayne Gostisbehere looking to improve on his crazy rookie numbers (his 0.72 points/game was eighth amongst defencemen) and Ivan Provarov just waiting to break out, their top four D, rounded out by Mark Streit and Michael Del Zotto is not only strong, it’s offensively potent too.

Steve Mason has been one of the league’s underrated goalies too, so this might be ranking them too low.

The Senators have some bright spots. Erik Karlsson is the obvious one, but Mark Stone is looking potent and Kyle Turris should have a bounce back year.

The biggest question for them is in net. When they made the playoffs two years ago, Andrew Hammond went into “Hamburglar” mode down the stretch.

Can he or Anderson do that again? The problem is this team needs that kind of goaltending for things to work.

The Leafs should be one of the most exciting, fun teams to watch this season. The only thing keeping them from making the playoffs is their players’ development.

Auston Matthews, William Nylander, and Morgan Reilly are going to be leading their respective positions in a year or two.

They’re just not there yet.