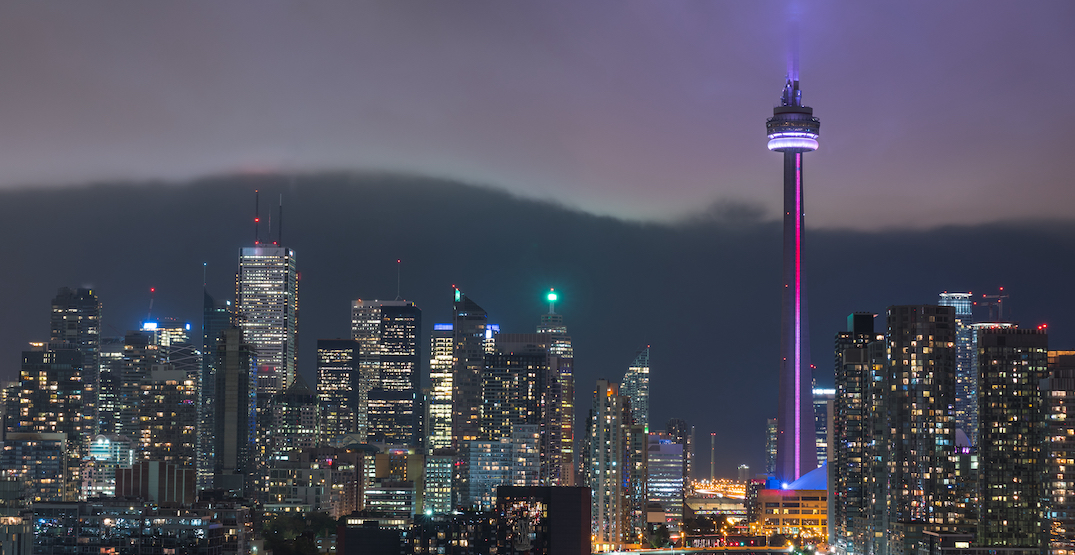 If your plan is to stay indoors this New Year’s Eve, that’s probably good idea. Ontario may be in for some rainy weather, bidding adieu to a hectic year.

Your end of the year plans may have changed due to restrictions placed on Ontario establishments and group settings due to the looming Omicron variant. Though it may be a bummer, you probably wouldn’t want to be outdoors anyway.

With freezing temperatures and threat of precipitation, this New Year’s weekend is expected to be a wet one.

Thanks to a Colorado low making its way to Ontario and eastbound, residents will see some showers this weekend, according to The Weather Network.

The system is expected to head toward the Great Lakes, with the potential to bring some light rain to southern Ontario on New Year’s Eve.

It isn’t until New Year’s Day that the low will spread over Ontario, bringing some snow, rain and even ice, depending.

According to Environment Canada, Friday is expected to be cloudy with a risk of freezing drizzle early in the morning with a high of 5°C and a low of 2°C at night. 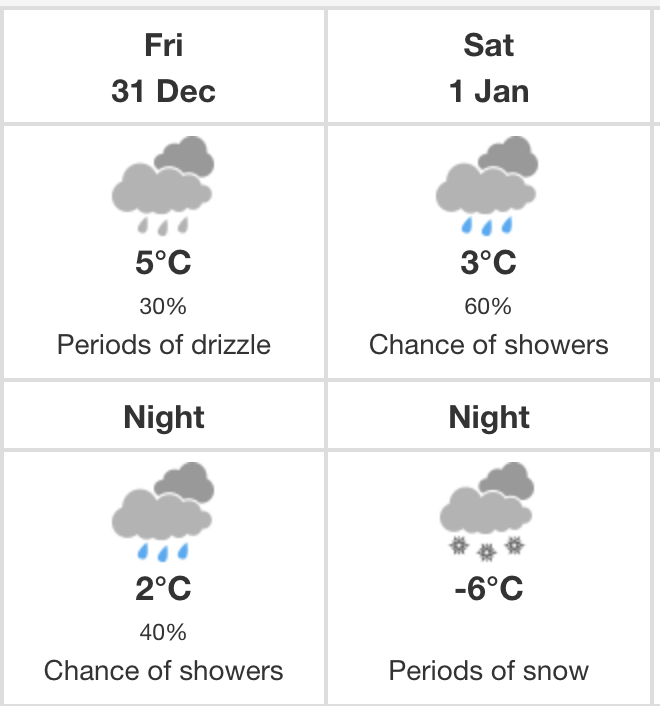 As for Saturday, its expected to still remain cloudy with a high of 3°C in the morning and a low of -6°C at night. Though rain is expected for the entire weekend, we may see some snowfall on January 1.

What a way to end the year!