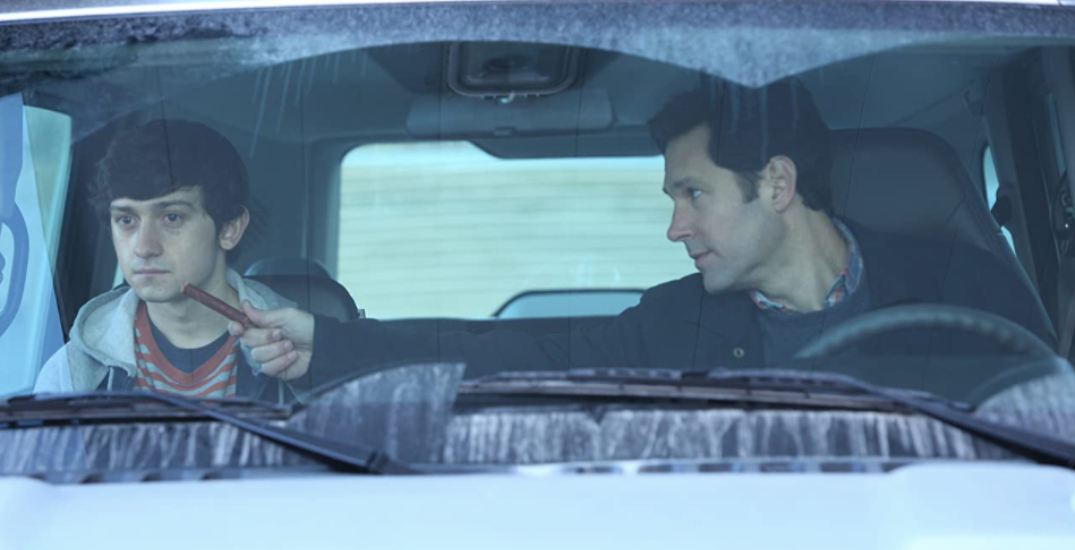 More COVID-19 restrictions are being announced, cases are higher than ever, and some provinces are back to lockdowns.

You know, those storylines that make your heart all warm and fuzzy, a soundtrack that makes you smile, and jokes. Oh heavens, do we need jokes these days.

From some older gems to new must-watch ones, here are some movies that are streaming right now on Netflix Canada that will make you feel good.

A little bit of inspiration and a few laughs.

The always charming Selena Gomez and Paul Rudd star in this buddy comedy about a shut-in and his caretaker who take a trip around America looking for landmarks.

But guess what they find instead? Friendship.

We’re all in the pursuit of happiness these days. This 2006 film stars Will Smith and his real-life son, portraying the true story of a struggling salesman who takes custody of his son as he embarks on a life-changing professional career.

A workaholic (Kristen Bell) gets left at the altar on her wedding day and ends up spending her honeymoon cruise with her estranged father (Kelsey Grammer).

Kit, a twenty-something dreamer, receives an invitation that would fulfill her childhood dreams. Starring the affable Brie Larson.

While navigating their careers in Los Angeles, a pianist and an actress fall in love while attempting to reconcile their aspirations for the future.

Canadian Ryan Gosling and Emma Stone are absolutely charming throughout.

Uplifting flicks don’t have to solely be live-action. When a little girl befriends an eccentric aviator, he tells her tales about the adventures of an unusual boy who lived on an asteroid.

After a stint in a mental hospital, Pat moves back in with his parents and tries to win back his wife until he meets a woman who’s as unstable as he is.

This classic flick follows a gifted girl forced to put up with a crude foster father and mother, not to mention the horrible Trunchbull.

Cash-strapped teen Ellie Chu agrees to write a love letter for a jock and then becomes his friend and falls in like with his crush.

On a mission to lose his virginity, high schooler Alex Truelove falls in love with Elliot, an openly gay schoolmate.

This flick captures the courageous act of coming out with humour and heart.

Music writer Jenny Young (Gina Rodriguez) nabs her dream job at Rolling Stone, and life gets going on the up and up before she gets dumped by her longtime boyfriend.

To mend her heart, she plans a big night out with her girls in this uplifting New York City tale.

After writing secret letters to every boy she’s ever fallen for, teenager Lara Jean Cover (Lana Condor) is forced to confront her imaginary love life when he sister mails the letters behind her back.