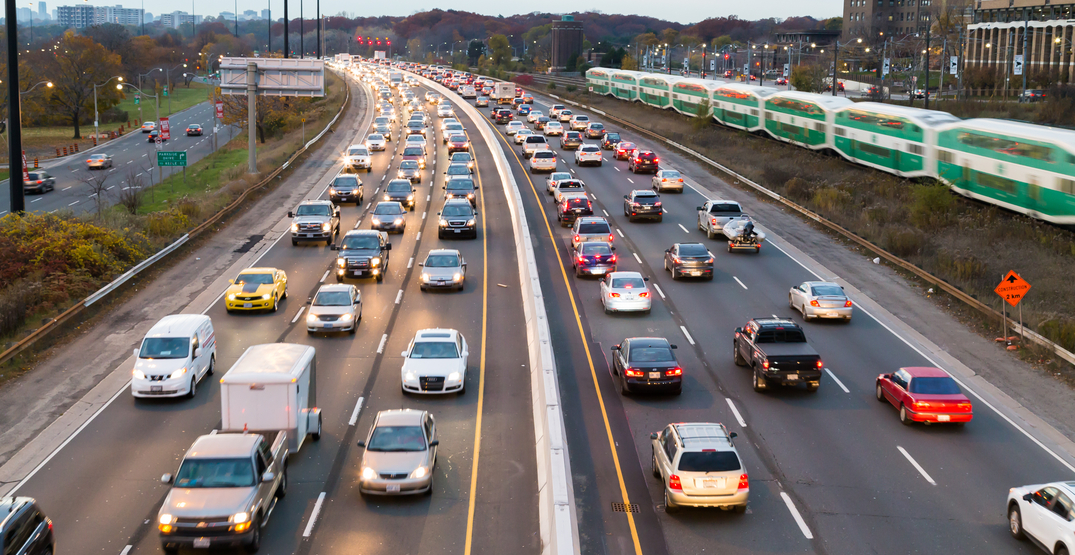 A new report shows that some Torontonians are paying much higher car insurance rates than their downtown-dwelling neighbours.

“With rates continuing to creep up despite the reductions and rebates offered by insurers in 2020 because of COVID-19, some Toronto drivers may be feeling the financial squeeze more than others,” the report reads.

Rates.ca’s Insuramap shows that the highest car insurance rates in Toronto can be found in several Scarborough neighbourhoods. The rate estimates are based on a 35-year-old who drives a 2017 Honda Civic and has a clean driving record. 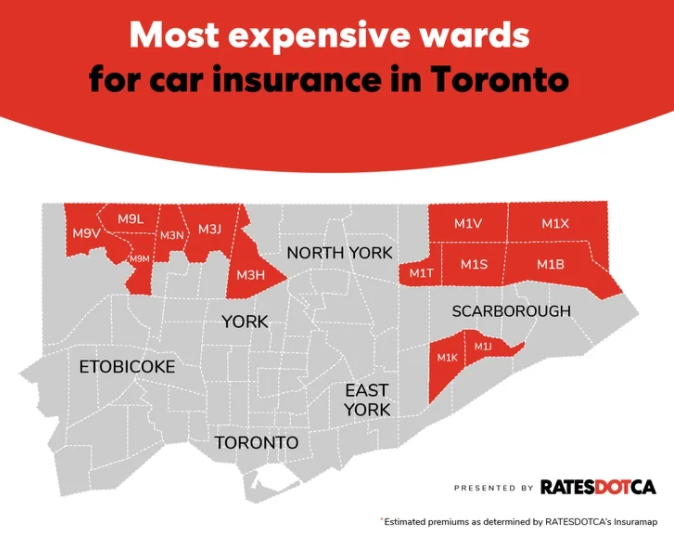 Tied for second place on the list are Humber River-Black Creek and Etobicoke North, which both have an estimated premium of $2,864. York Centre comes in third with $2,593.

The cheapest rate in the city is $1,695. The low cost can be found in several neighbourhoods including Don Valley West, Toronto-St. Paul’s, University-Rosedale, and Eglinton-Lawrence.

The website reasons that the higher rates found in Etobicoke, York, North York, and Scarborough are due to residents in those areas relying on their cars more than those living in downtown or midtown do.

According to Toronto’s Vision Zero plan, only 32% of Toronto and East York residents rely on a car to get around. The number jumps to 65% in Scarborough and North York, and to 70% in Etobicoke and York.

In addition to where you live, Rates.ca lists several other factors that can influence your car insurance premium, including your age, gender, marital status, the type of vehicle you drive, and your driving record.

The 10 cities with the most expensive care insurance in Ontario can all be found in the GTHA. Brampton takes the top spot with an estimated premium of $2,698. Toronto’s aforementioned $2,201 sees it place sixth.

The wards with the most expensive car insurance in Toronto are as follows: