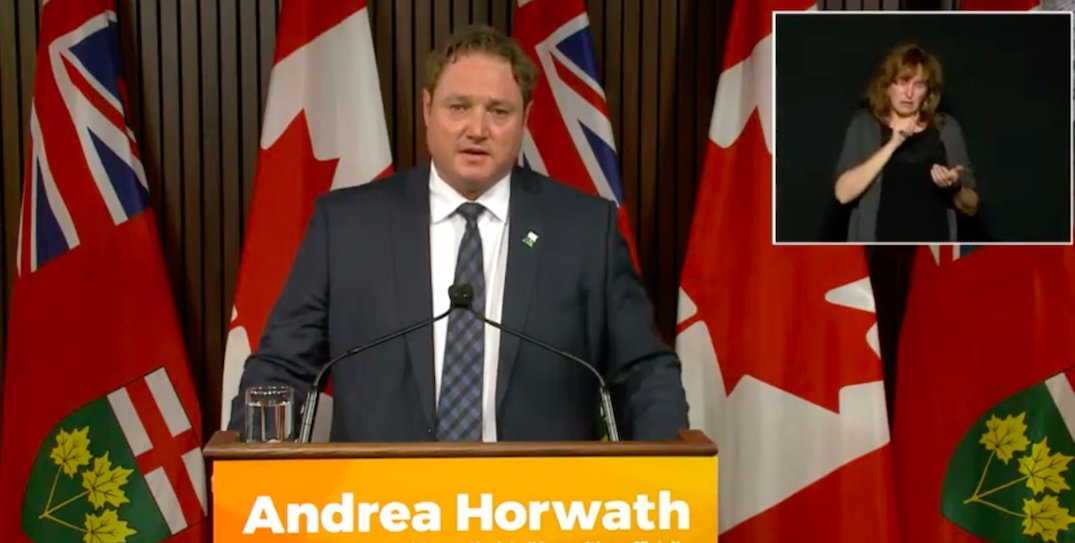 An NDP MPP apologized for using “unparliamentary language” when speaking to Premier Doug Ford during what appeared to be a tense exchange in the legislature on Wednesday, June 24.

During Question Period, Taras Natyshak, MPP for the riding of Essex, was heard calling Ford a “piece of sh*t.”

The Windsor-Essex region was the last to enter Stage 2 of reopening, due to an outbreak of COVID-19 on farms.

However, on June 25 at 12:01 am the region was permitted to enter the next stage, except for Leamington and Kingsville.

“I’m scared for the businesses, particularly those in the farming community who are now receiving threats to their lives and to their children because of some of the comments that they believe Doug Ford has made in pointing out certain farms in a broad swath,” Natyshak said.

NDP Leader Andrew Horwath also emphasized that tension has been building in the region between the farmers and the towns, saying some farmers have received threats.

She said Ford did not act soon enough to respond to the outbreaks in the region, resulting in the current tension experienced by the agricultural community.

Ford addressed the incident on Wednesday, during his daily briefing saying it was “water off a duck’s back.”

“I’ve never heard anyone swear in the over 200 times I’ve been in the House. You just don’t do that. But you know, it happens. I forgive the guy. Let’s just move on,” he said.

The premier said that Leamington and Kingsville could not move forward to reopening due to recent outbreaks, especially those in the agriculture and agri-food sectors, which are posing challenges that require a targeted response.

Therefore, expanded testing will be provided to farmers and temporary foreign workers with mobile testing units. Ford also assured migrant workers that if they contract the virus they will not lose their job or have to return home.