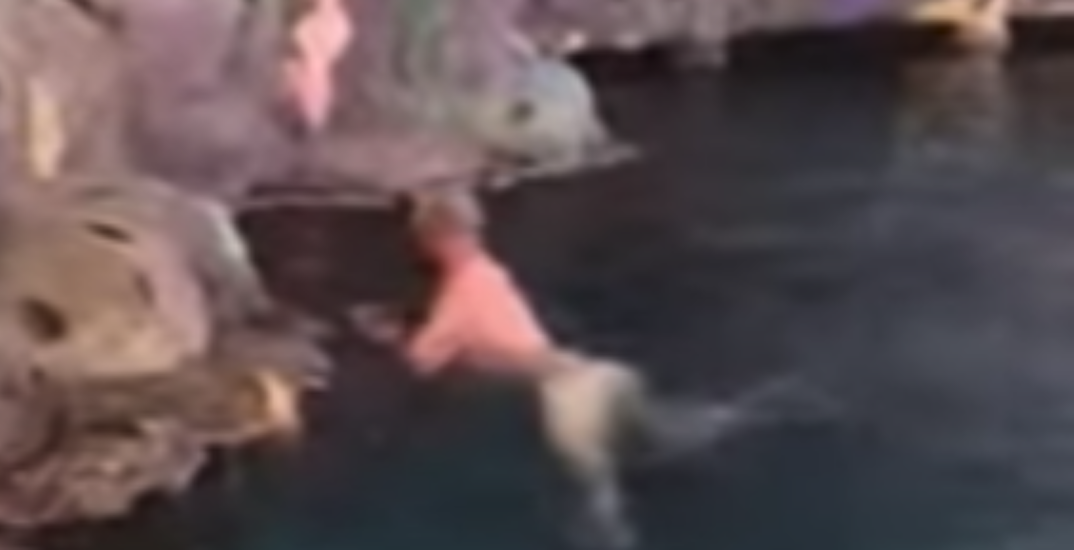 Update: The Toronto Police Service is now looking for the naked swimmer and released a photo of his face. This information can be found here.

Party goers at Ripley’s Aquarium got a little more than they signed up for in terms of wildlife in the water.

In a statement, Ripley’s Aquarium confirmed that just after 10 pm on Friday night, a naked man jumped into the Aquarium’s exhibit after purchasing a ticket.

Of course, being a Friday night, he did so in front of many onlookers.

And because it’s 2018, those onlookers had their phones out, and several videos of the incident are now circulating on social media.

The evening of the cold jump was a scheduled Friday Night Jazz at Ripley’s Aquarium. It’s when they host live music, and offer adult beverages for a “deep sea musical adventure.”

After his swim, the man managed to flee the scene.

Aquarium staff say they notified the Toronto Police Services, and are cooperating with authorities and is willing to press all appropriate charges once the individual has been apprehended.