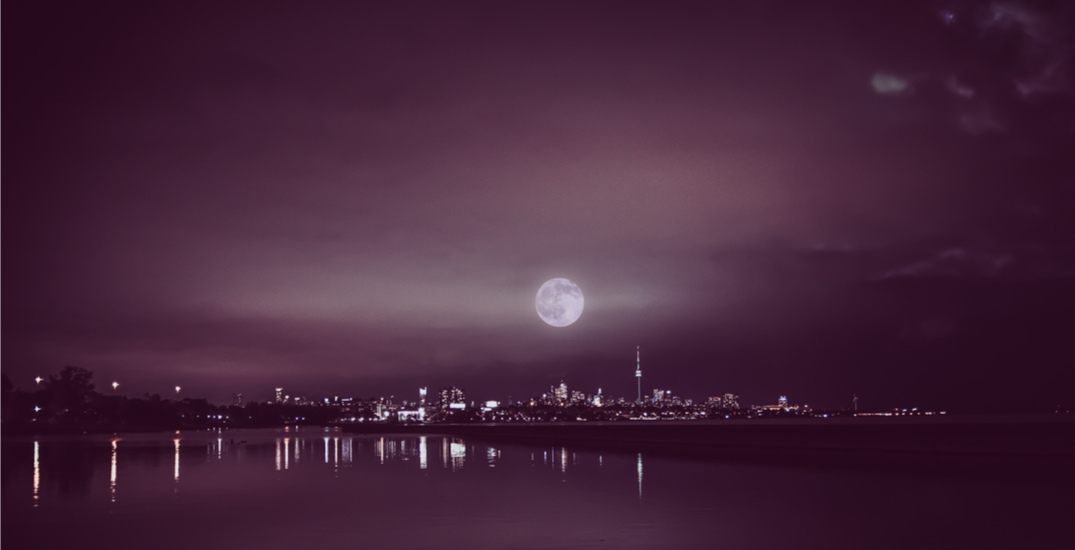 It turns out that Toronto is (allegedly) very spooky, and some of the creepiest haunted spots in the city are a lot closer than you think.

As Halloween approaches this weekend, why not pay a distant visit to some of the most (alleged) haunted places you can find in Toronto? 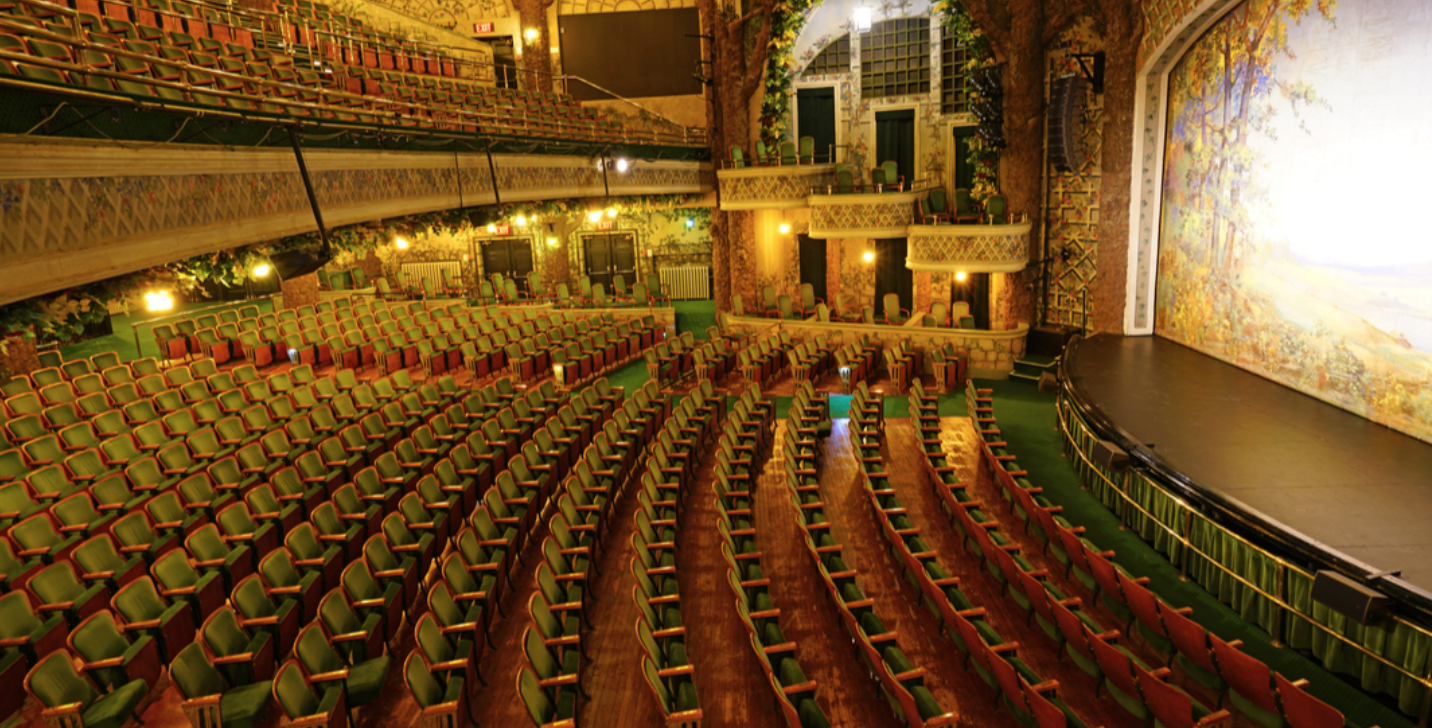 What: Built in 1913, The Elgin and Winter Garden Theatre is one of the last operating, fully restored double-decker Edwardian theatres in the world. Years ago, a young girl allegedly was stabbed in the Winter Garden washroom on the fifth floor. She then dragged herself to the elevator, but no one rescued her, and she died. Today, staff have said that the elevator will travel up to the fifth floor and open its doors – but there is no one around. It has also been reported that there are mysterious cold spots throughout the theatre.

What: The historic Keg Mansion was once the private residence of industrialist Hart Massey and his family. Apparently, during the family’s residency, one of their distraught maids hung herself over the staircase. Over the years, numerous Keg guests have claimed they spotted the maid’s body dangling over the stairs, as well as countless sightings of children playing among restauranteurs, and the feeling of someone watching them in the washroom. 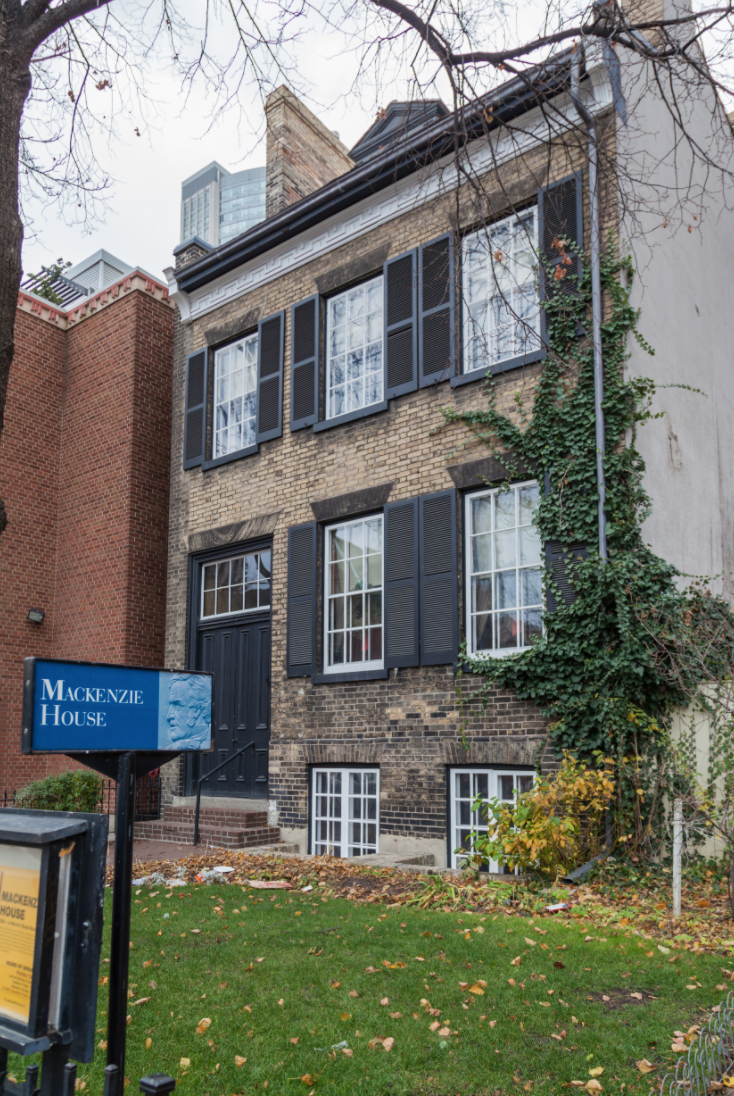 What: The Mackenzie house was once home to Toronto’s first mayor, William Lyon Mackenzie. It has since been coined as one of the creepiest spots in the city. It has been reported that Mackenzie himself has been spotted lingering around his old bedroom, in addition to the ghost of a mysterious woman who has been seen roaming through the hallways. A rocking chair in the basement has also been reported to occasionally rock by itself, as well as the in-house printing press operating all on its own.

What: Before being turned into a post-secondary institution, Humber College Lakeshore was home to a string of insane asylums, psychiatric hospitals and hospitals for the insane since 1890. Today, there have been many reports of ghost sightings around campus, as well as other eerie experiences oat the school. These spooky instances include sightings of the ghost of a nurse who allegedly hung herself on one of the apple trees on campus, and now roams the halls at night. Other stories include students and faculty smelling strong, unusual scents in the F building, which is where the morgue used to be. 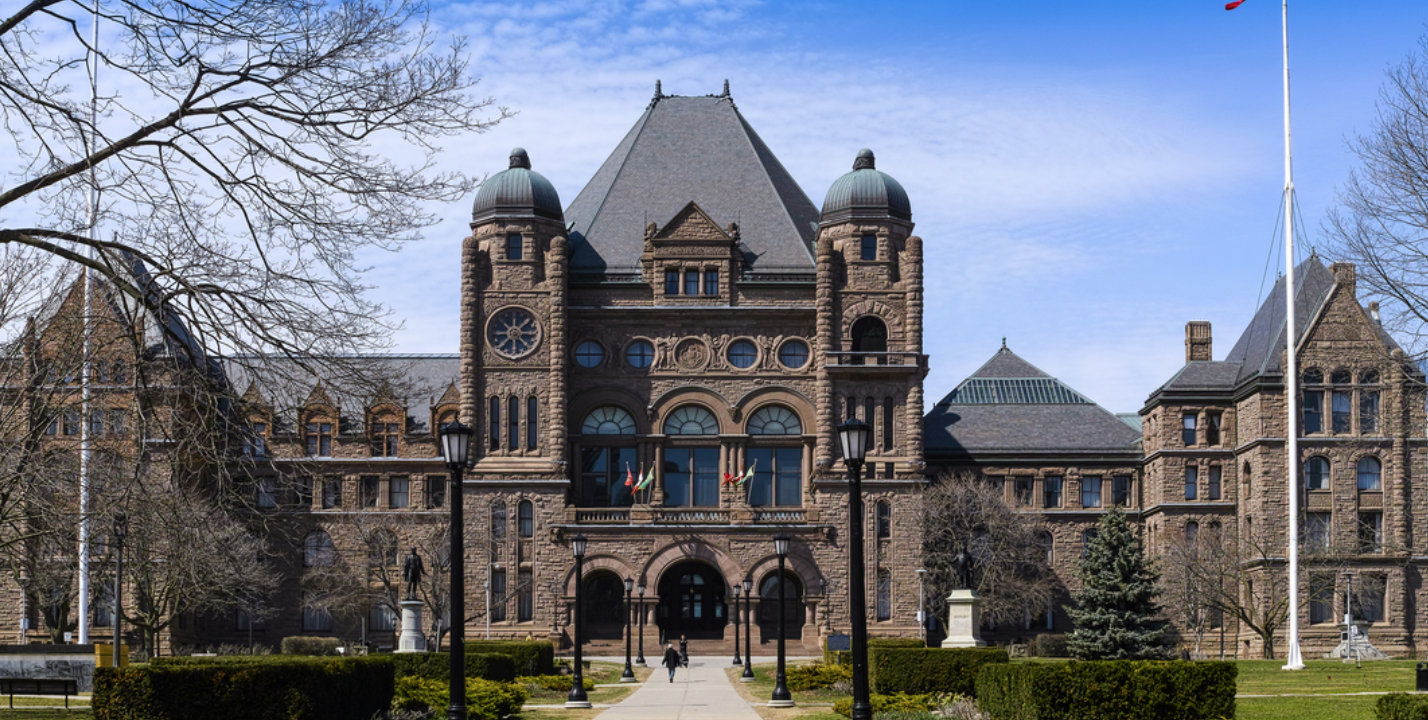 What: Queens Park was formerly home to an insane asylum in the mid-nineteenth century. Over the years, there have been four reoccurring spirits reported on the grounds, including a sorrowful ‘white lady,’ a woman covering her face with an apron, an angry-looking soldier descending the grand staircase, and a woman dangling from a hook in an underground tunnel.

What: When William Christie, founder of Christie Brown and Company, died in 1900, his Victorian home was bequeathed to his son Robert. The story goes that Robert lived in the home with his wife, but also secretly kept a mistress hidden in a windowless room. The imprisoned woman was never allowed to leave her room, and over time, her loneliness and despair caused her to hang herself. Years later, the house was repurposed, and made into a female residence for U of T students, and there have been reports of a spirit haunting the hidden room of the mistress. People have reported that the bedroom door would slam shut and lock itself, trapping students inside. 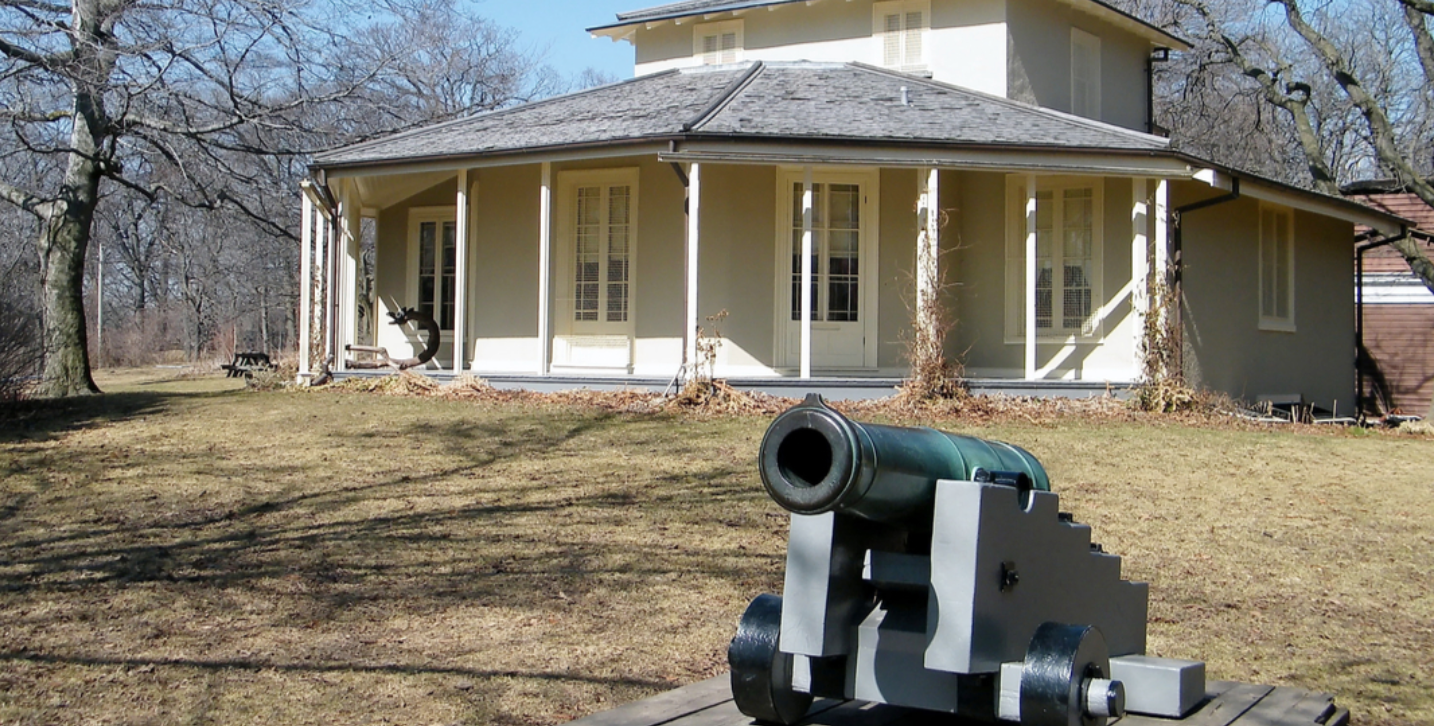 What: The former home of John and Jemina Howard, the original owners of High Park, is said to be haunted by Jemina’s ghost, who passed away in her bedroom in Colborne Lodge after a tragic battle with cancer. Visitors have reported spotting her ghost standing in the window of her bedroom, while others have noted feeling prickly sensations on the back of their necks, and experiencing disturbing visions during their tour of the park. 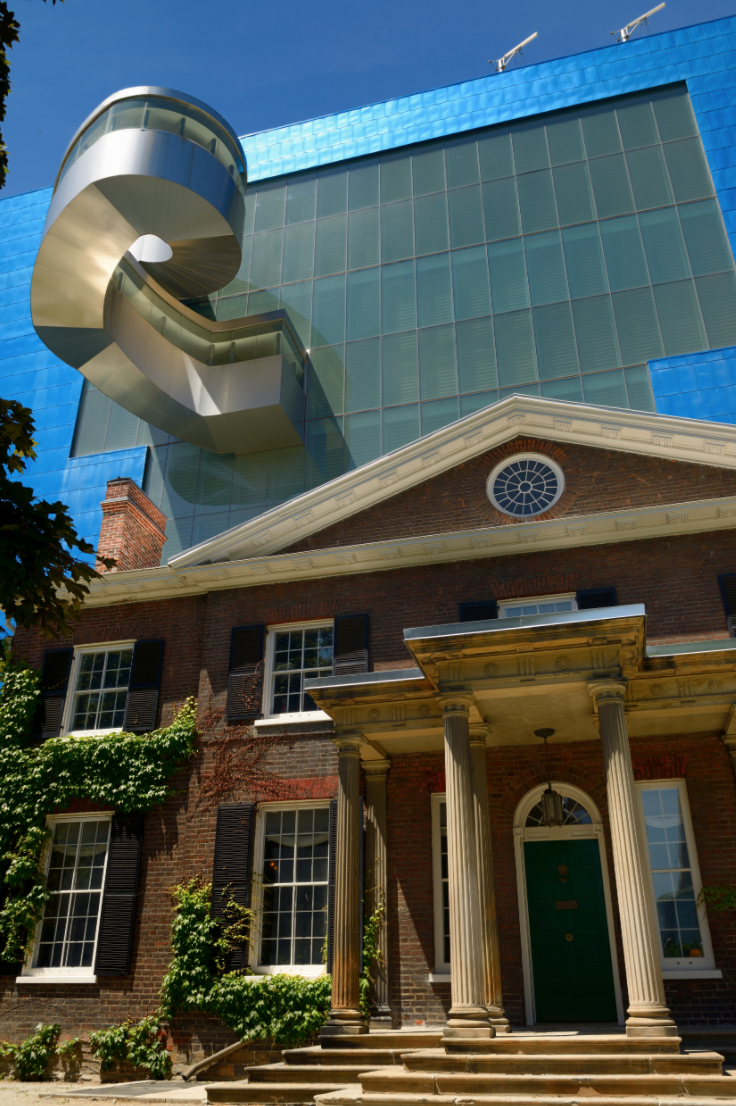 What: This 200-year-old historic manor is now attached to the Art Gallery of Ontario, but it is also home to a number of spirits who reportedly still haunt the manor’s halls to this day. Visitors have claimed to have seen a man in a yellow velvet coat roaming the hallways, as well as a woman dressed in all black hanging near a second-floor bedroom. There is a rumour that the spirits are past writers that used to live in the building, including Goldwin Smith, and Algernon Blackwood. 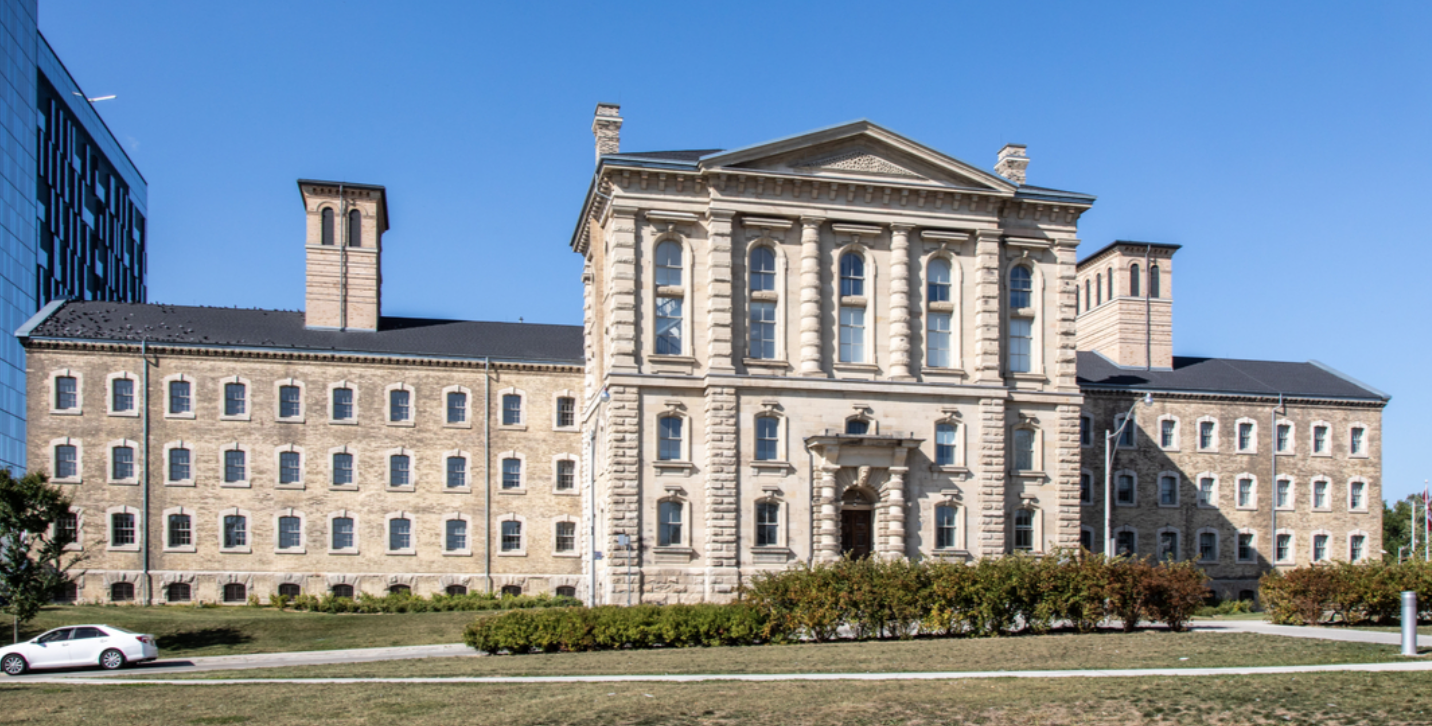 What: The Don Jail was built around 1865, and was in operation until 1977. It was known for being overcrowded, having inhumane living conditions, and for its public hangings. Two of the most well-known hangings involved inmates by the names of Ronald Turpin, and Arthur Lucas. On December 11, 1962, Turpin and Lucas were not only hung side-by-side, but their hangings were Canada’s final executions before capital punishment was completely abolished. Today, it is rumoured that the ghosts of the men have been spotted around the grounds of the old jail. 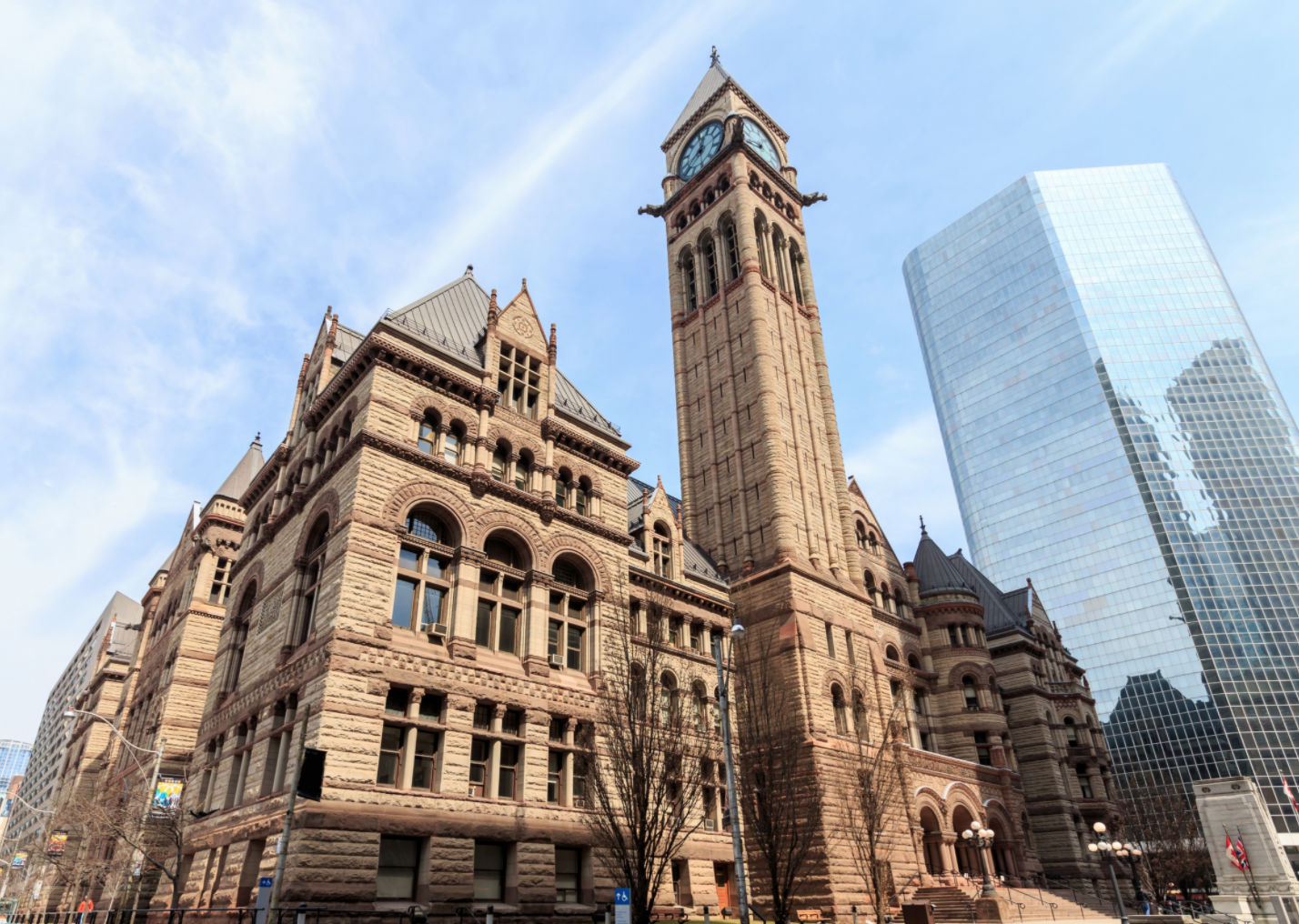 What: A number of eerie occurrences have taken place at Old City Hall over the years, with judges frequently feeling mysterious tugs on their robes, as well as hearing footsteps in the building’s rear staircase and muffled moans coming from the attic. The rumour is that Courtroom 125 (formerly 33) is haunted by the ghosts of Turpin and Lucas, who were sentenced and charged here for their separate crimes before being hanged. 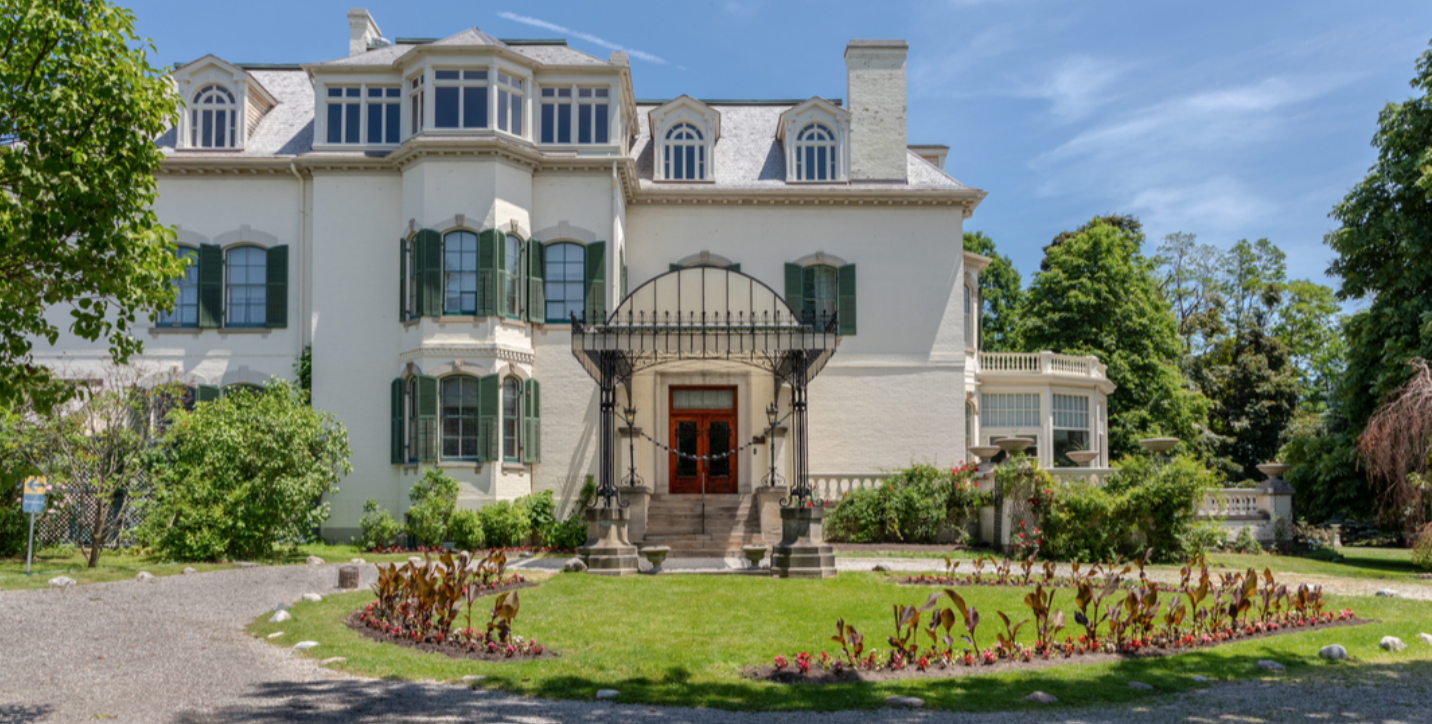 What: Over the years, both staff and visitors of this historic manor have reported seeing grey, ghostly masses in private areas of the property. The strange part is that there weren’t any reported deaths at the residence in the past, so the reason for these sightings is not known. 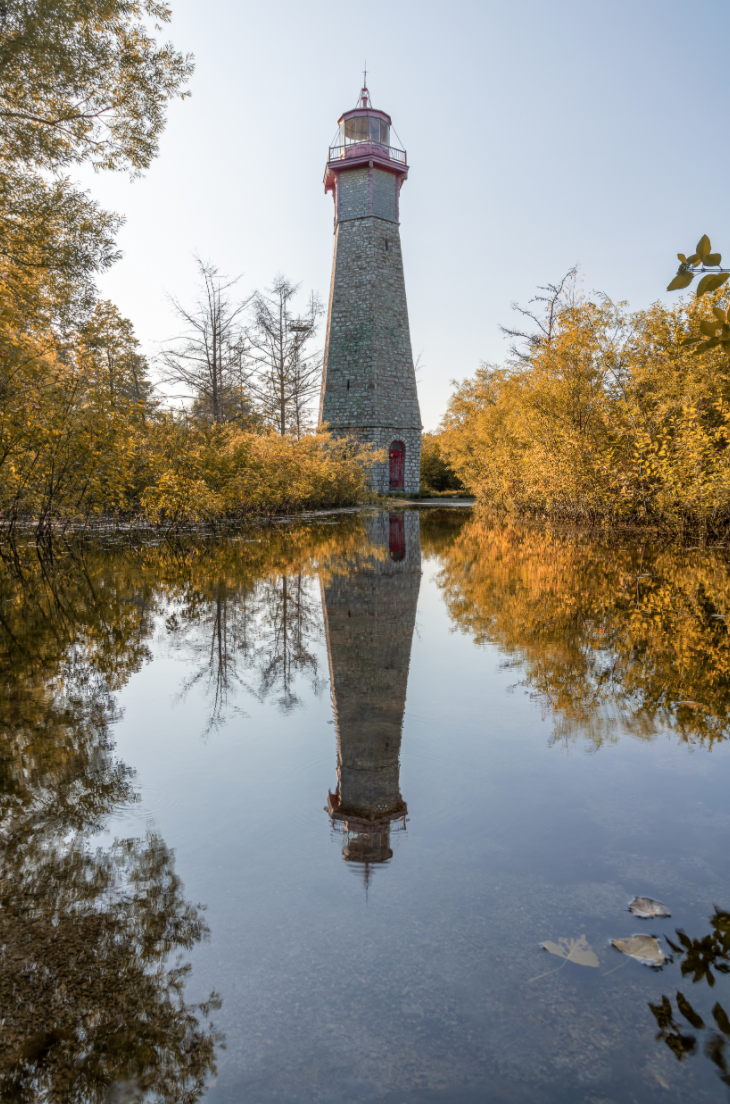 What: John Paul Radelmüller was the first keeper of the lighthouse, and he was gruesomely murdered and dismembered by soldiers from nearby Fort York, who were looking for bootlegged beer. There have been claims of visitors sighting Radelmüller’s ghost climbing the tower in search for his body parts. 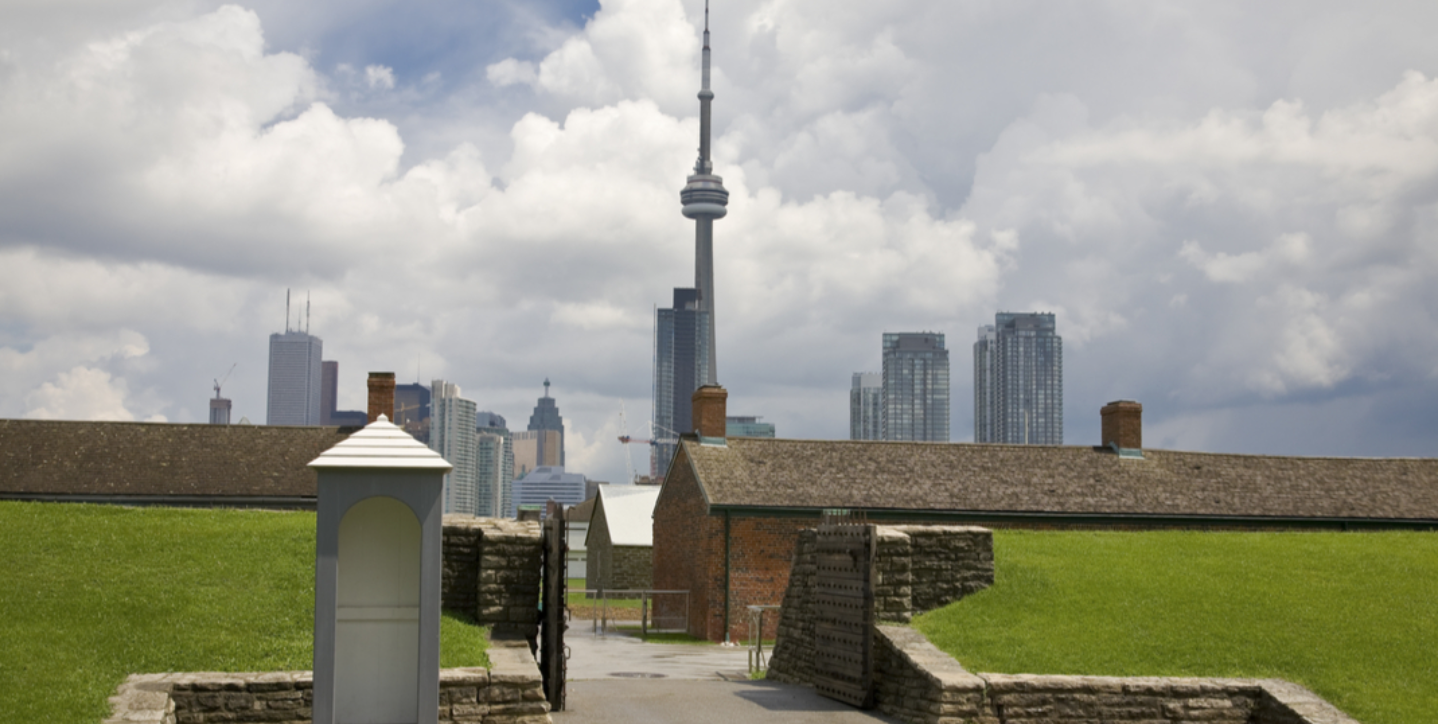 Where: Visitors and staff have reported sensing the eerie feeling of being watched, as well as hearing noises, and allegedly seeing the ghost of a mysterious woman roaming near the Officer’s Quarters. There have also been sightings of what resembled a soldier wearing a red coat near the entrance of the grounds after dark. 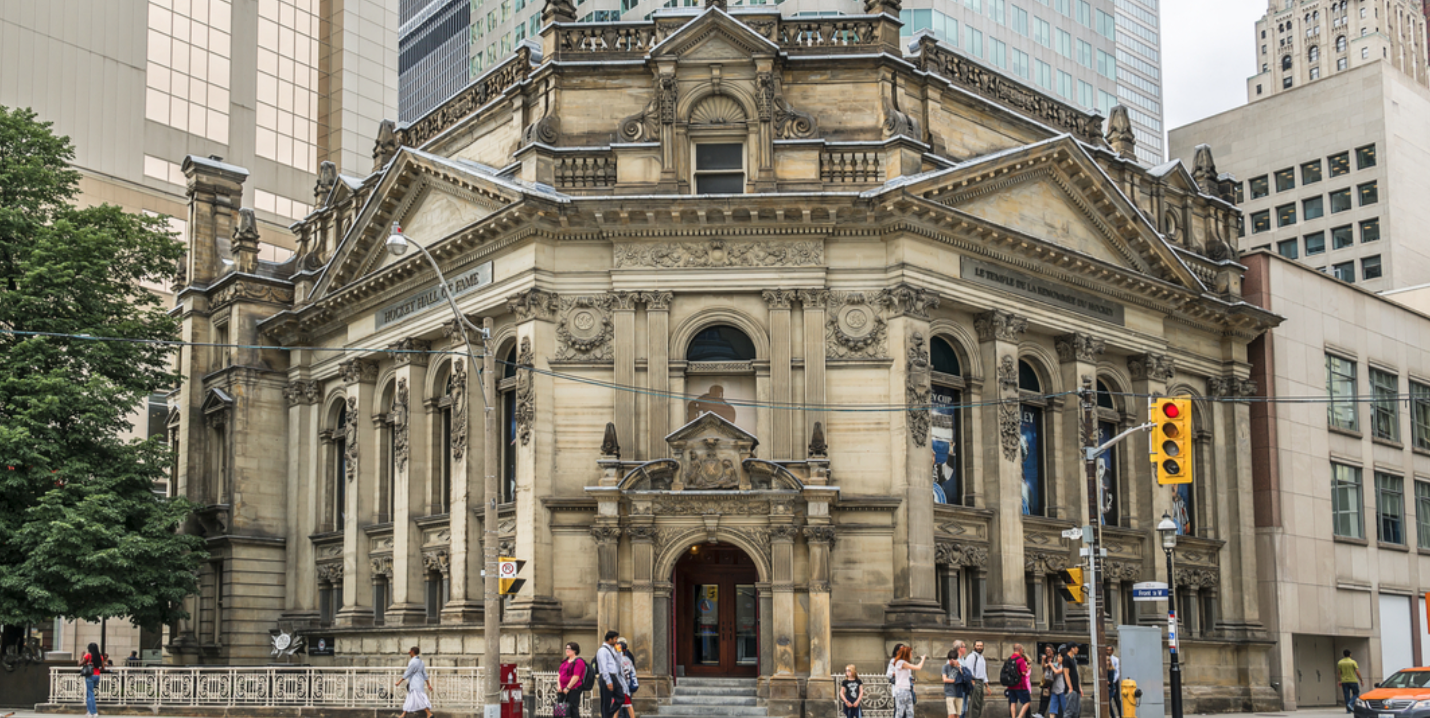 What: Prior to housing the Stanley Cup, the HHOF was formerly a branch of the Bank of Montreal, which has allegedly become haunted by the ghost of Dorothy Mae Elliott, a nineteen-year-old bank teller who shot herself in the washroom. It has been reported that employees and visitors have experienced the flickering of lights, seen windows and doors randomly open and close by themselves, heard the sounds of a woman moaning, and having the feeling of being watched.

What: Built in the late 1800s, the Ryerson Theatre School was allegedly used as the Ontario College of Pharmacy building. Today, students and faculty have reported strange occurrences inside of the building, most frequently in the McAllister studio. There have been reports of people seeing the ghost of an unknown woman, feeling an eerily cold spot in the studio, and some unexplained winds while windows were closed. 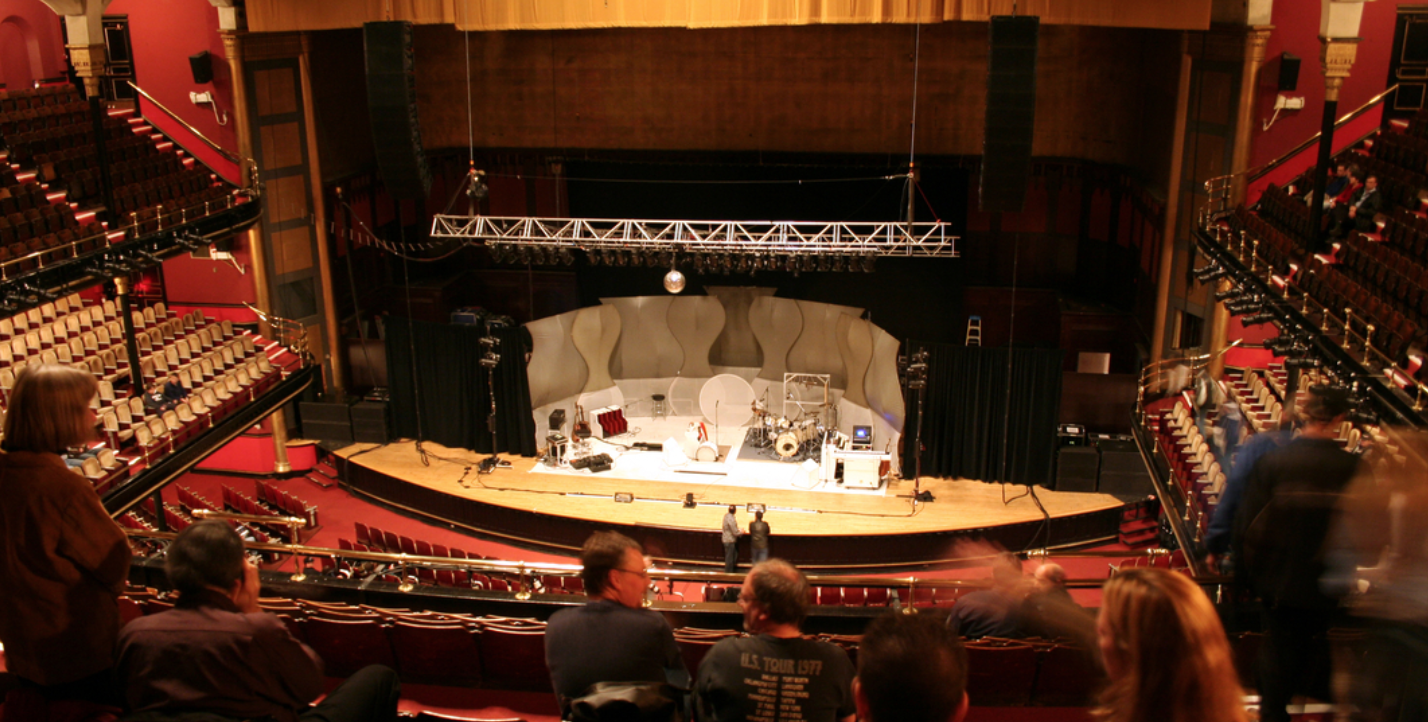 What: This concert venue opened in 1894, and is home to a number of mysterious visitors. Today there are reports of ghost sightings, including a mysterious man in old-timey clothes who wanders around the backstage area, in addition to an elderly couple spotted roaming the aisles late at night.