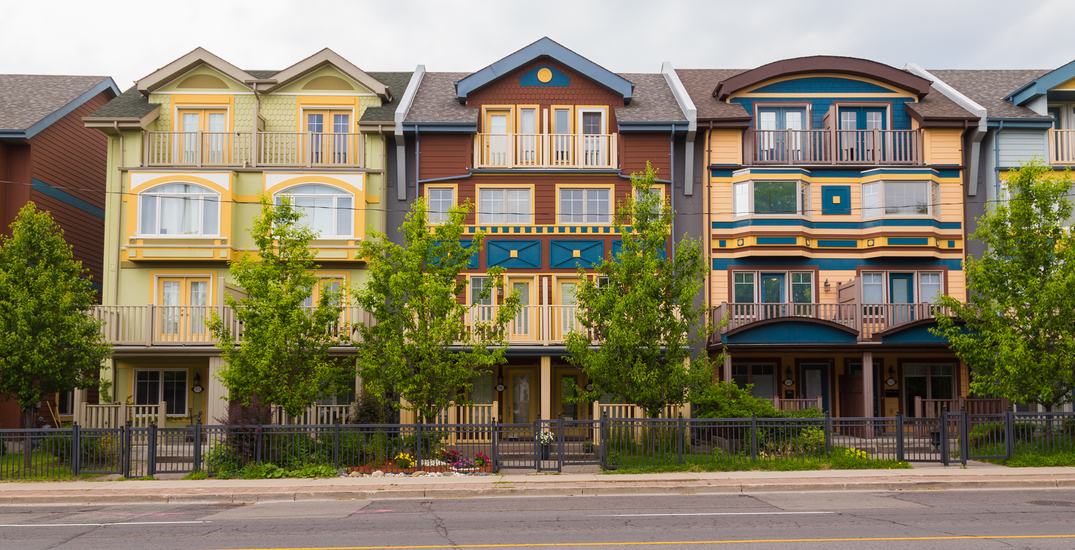 Outside of the concrete jungle that is downtown Toronto, the city offers several neighbourhoods that are ideal for raising a family.

Rental platform liv.rent has identified eight of the city’s best neighbourhoods that offer the safety of a close-knit community along with the convenience of big city living.

From east to west, north to south, liv.rent has evaluated each neighbourhood based on average rent, nearby schools, available amenities, and transit options.

Check out the eight best neighbourhoods for families in Toronto below. 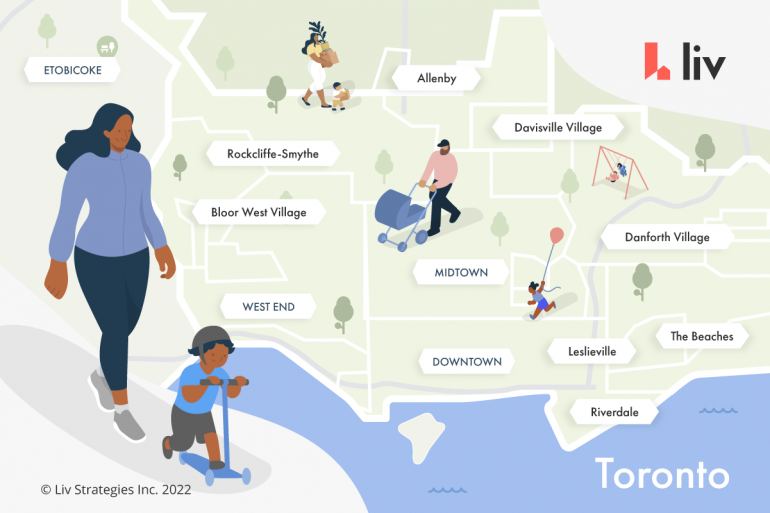 Despite its central location, Riverdale’s quiet streets, ample green space, excellent schools, and local shops create a unique community feel. The area’s large homes make for slightly more affordable two and three-bedroom units, at $2,525 and $3,400, respectively. At $2,200, the average rent for a one-bedroom is on-par with the rest of Toronto.

The “small village in a big city” is situated near Toronto’s largest green space, High Park. The quant west-end neighbourhood is packed with cute cafes and fruit stands and has a high concentration of schools, daycares, and playgrounds. It’s also well connected to downtown by the Bloor subway line. The average rental rate for a one-bedroom unit is $2,000, while a two-bedroom runs $3,300 per month. A three-bedroom is $3,900.

Centred around Allenby Public School, the relatively small neighbourhood is conveniently located near the shops of Eglinton Avenue West. Rental rates are similar to downtown, with a one-bedroom unit averaging $2,040 per month. Many older two and three-bedroom units are available as well.

The vibrant Beaches neighbourhood plays host to numerous cultural events throughout the year, including its namesake jazz festival. It’s crisscrossed by parks and trails, and offers more than a dozen public schools. The average rent for a one-bedroom is $1,775 per month, while two and three-bedroom units run $2,500 and $3,700, respectively.

Trendy Leslieville has plentiful green space, a great school system, and tons of bars and restaurants. Rental rates are slightly higher than the rest of Toronto, with a one-bedroom averaging $2,088 per month. Two and three-bedroom units are in high demand but can still be found for an average of $2,800 and $3,400 per month, respectively.

Located in the heart of Midtown, Davisville Village is well connected to the rest of Toronto by the Yonge subway line. Rental rates for a one-bedroom unit are slightly higher than average, at $2,125. Larger units are more reasonably priced, though: a two-bedroom runs an average of $2,538 per month, while a three-bedroom can be found for $3,450 per month.

Vibrant Danforth Village is home to some of Toronto’s best schools, parks, and shopping, as well as the city’s famous Greektown. Average rents are well below the city’s average: $1,690 for a one-bedroom, $2,350 for a two-bedroom, and $2,850 for a three-bedroom.

The up-and-coming west-end neighbourhood is a nature lover’s dream. Rockcliffe-Smythe is well connected to the 401 and the TTC, with multiple schools within its borders. The average rent for a one-bedroom is $1,917, while two bedrooms are found for $2,051. Three-bedroom units typically cost $3,378.

Learn more about liv.rent’s family neighbourhood assessment on its website.