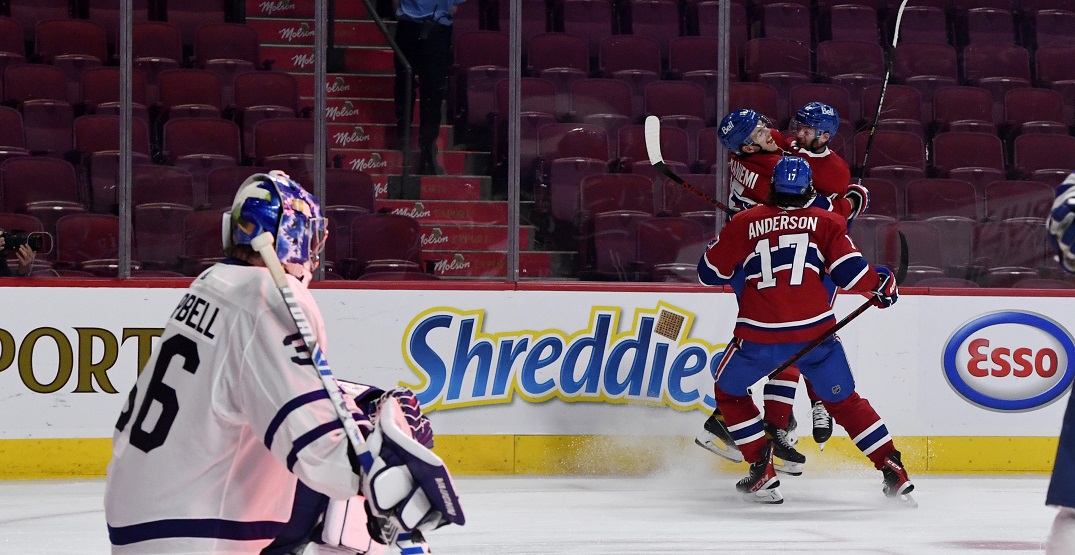 In one way, their first round matchup against the Montreal Canadiens has been the exact same as nearly every other playoff series the Toronto Maple Leafs have played in since 2013.

On Monday night, the winner of the series will be decided in one final game, as Toronto hosts their longest-standing rival in a Game 7.

It would be so unbelievable and inexplicable that we’re here once again, if it wasn’t, somehow, the most predictable outcome, despite every reasonable statistical model saying otherwise.

Win, and Toronto’s playoff demons go away, at least for a few nights before the well-rested Winnipeg Jets come to town.

Lose, and, well, who the knows what happens from there? Having another first round series so close was never part of the plan.

Since 2013, Toronto has played three Game 7s against Boston and a winner-take-all Game 5 against Columbus. As you might have heard, they lost all of them.

We’ve seen this movie before so many times you’d wonder if it was part of the Toronto Maple Leafs Cinematic Universe (TMLCU for short, patent pending), and why the plot never seems to change all that much.

Through epic collapses and comebacks, through varying coaches and management groups, and whether Tyler Bozak or Auston Matthews is centering the top line, it never seems to matter much.

But in so many other ways, it isn’t like any of those series at all.

None of the prior series had the Leafs going in as the higher seed, especially not by eighteen points.

None of the prior series featured the Leafs losing their captain, John Tavares, ten minutes in for the rest of the game.

None of the prior series had the Leafs with a three-games-to-one lead through four games.

Every series has had its own little quirks and wrinkles. That’s little consolation to a rabid fanbase and an intense media market. For Leafs fans, the feelings of dread, excitement, confusion, and despair have all returned. For the players, they’ve got one last chance to prove that they can shake the playoff choker label.

Matthews and Marner need to step up

If the Leafs lose Monday night, fairly or not, two players will be guaranteed the major scapegoats, Auston Matthews and Mitch Marner.

Unfortunately for Toronto, they haven’t really done a whole lot of anything offensively, or at least what they’re being paid to do – put the puck in the net.

Matthews, who scored 41 times in the regular season, has scored once, while Marner has not scored a playoff goal at all since his pair in Game 1 against Boston in 2019.

In both forwards’ case, they really haven’t done too much wrong so far that you can point to. Neither has been on the ice for a goal against at even strength.

The biggest visible gaffe between the two was Marner’s puck-over the-glass penalty in Game 6 that led directly to the Habs 2-0 goal on Saturday.

It becomes an afterthought if they win Monday night, and fuel for his detractors for a whole summer if they lose.

Mitch Marner has 12 career PIMS in the playoffs (six minor penalties). Here they are:

The process seems to be there for both Matthews and Marner to produce.

Both have been dominant when it comes to expected goals and possession metrics.  The Leafs are outshooting the Canadiens 65-37 with the pair on the ice together, and outscoring them 3-0.

Marner had 38 shifts in Game 6, which was the most of any Leafs forward. Matthews has 32 shots on net these playoffs, second only to David Pastrnak amongst forwards league-wide.

If either Marner or Matthews had just one more goal — in any of their three one-goal losses — we’re probably already talking about how they match up against the Winnipeg Jets.

“Obviously, we had plenty of chances to end it,” Matthews said after Game 6. “It’s a game of inches out there in overtime.”

There was a time, fairly recently even, where playoff failures – or even just failing to make the playoffs at all – were seen as a Toronto problem.

But championships within the last five years from the Raptors, Toronto FC, Argos, Wolfpack, and even the AHL’s Marlies, coupled with a pair of ALCS runs from the Blue Jays in 2015 and 2016, have shown that it’s not an issue with the 416 area code.

If the Leafs want to shed their label as playoff chokers, they’ll have to take guidance from former late Oakland Raiders owner Al Davis, who had the simplest yet most effective method of wiping away any problems with three famous words:

On Monday, Toronto has got sixty minutes to do just that.