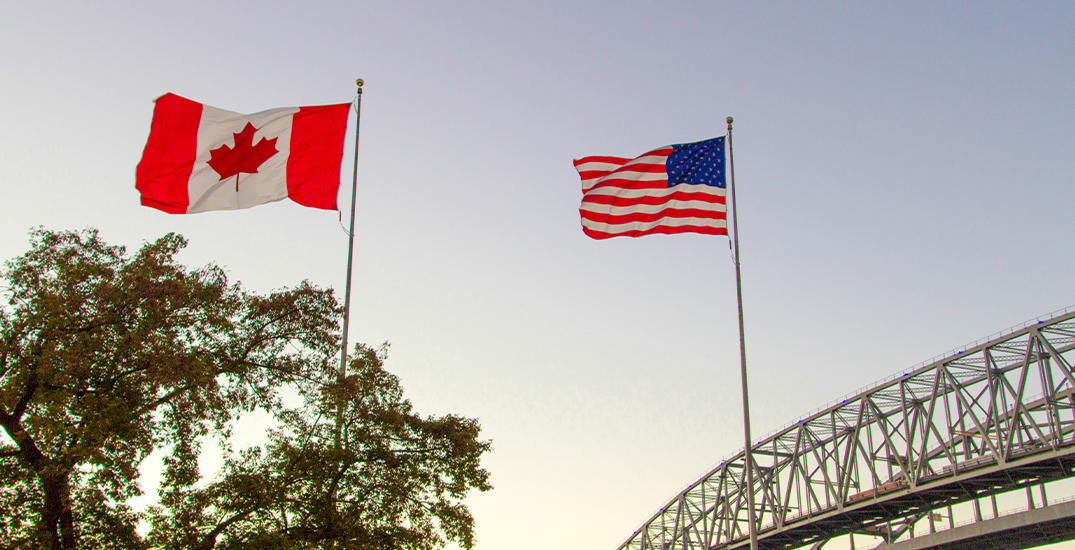 As cases of COVID-19 continue to surge in the United States, modelling shows how many cases could be brought into Ontario if the US border were to reopen.

Ashleigh Tuite, an Infectious Disease Epidemiologist at the University of Toronto, has analyzed the new modelling to estimate the number of COVID-19-infected travellers the province could expect to see crossing into its borders each day.

Based on the current border situation and a recent report of 70,000 COVID-19 cases in the US, Tuite said that Ontario can expect to see a “handful” of coronavirus cases every day with the number of daily border crossings.

There’s lots of talk about when to re-open the US border. Here’s an illustration of the numbers of #COVID19 infected travellers we’d expect to see crossing into #Ontario daily, assuming different levels of incidence in the US and numbers of cross-border travellers. 1/n pic.twitter.com/wu0mtqfM7n

“You can see though, that as the number of travellers into the province increases, we’re looking at lots of imported cases each day. Once case burden in the US declines (e.g., 1,000-10,000 cases per day), we can ease border restrictions while keeping imported case numbers low,” Tuite said.

Based on the modelling, if there were 15 daily incidences per 100,000 in the United States and 5,000 daily US travellers entering Ontario, the province would expect entrance to five infected travellers on any given day. These travellers would be in different stages of infection.

If the number went down to five incidences per 100,000 in the US and the number of US travellers entering Ontario went up to 10,000, the province would expect three COVID-19-infected travellers.

Switching the numbers around, if there were 20 daily incidences per 100,000 in the United States and only 1,000 daily US travellers entering the province, only one COVID-19-infected traveller would be expected to enter Ontario. These scenarios have all been conducted under a 0.8 rate of probability that the cases are symptomatic.

It’s also important to note that these are only cases arriving into Ontario.

“Any of these imported cases that are not identified/isolated could potentially spark outbreaks with large numbers of downstream infections,” Tuite said.