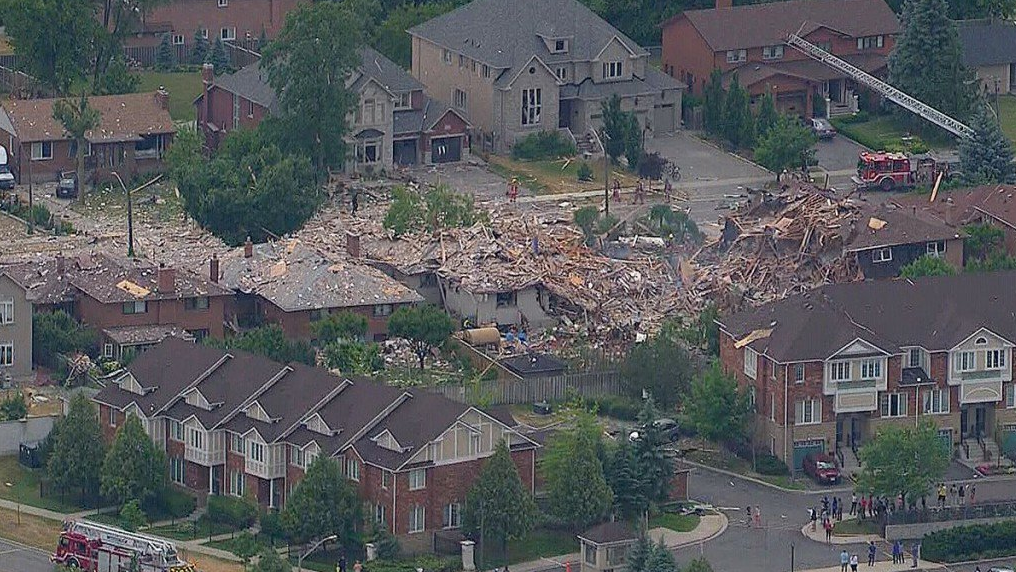 At approximately 4:45pm this afternoon, Peel Regional Police tweeted that an explosion had taken place at Dixie and Rathburn Road East in Mississauga:

Reports of an explosion on Hickory Dr, Dixie and Rathburn Rd E. area, PRP, Fire and EMS on scene. Please avoid the area. Updates to follow.

Around that time, social media also began to fill up with images and videos of smoke clouds and destruction:

Video footage of explosion or fire in #Mississaugapic.twitter.com/JfTl0fU51i

And reports are now coming in that more than one home has been levelled from the blast:

No official report yet on how many people have been injured or killed in the explosion but first responders are currently on the scene. This chilling street-side video certainly presents a bleak aftermath though. Our thoughts are with the residents of Mississauga.

More as we get it.