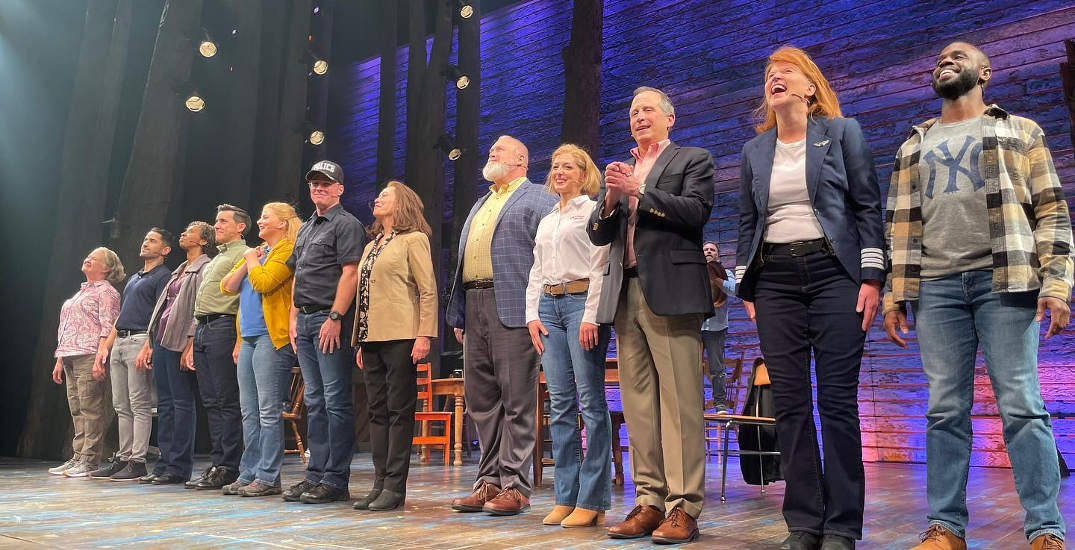 Come From Away (Mirvish Productions/Facebook)

After a monumental run of 855 performances to over one million patrons, Come From Away has permanently closed in Toronto.

Mirvish Productions shared the announcement today on social media, thanking the city and theatre fans for making the show such a huge success during its two-year run at the Royal Alexandra Theatre.

Come From Away had just reopened earlier in December following a 21-month pandemic hiatus. However, founder David Mirvish said that a COVID outbreak had forced the show to close permanently. The final show took place on Wednesday, December 22.

“Despite our best efforts, within a week of reopening an outbreak in the backstage company forced us to cancel four performances, with the hope that we would resume on December 28,” said Mirvish in a release. “But during this short break, it became bluntly apparent that it would be impossible to continue when this incredibly contagious variant has sent case numbers soaring.

“We remain very proud of the all-Canadian company that has delighted more than one million audience members in Toronto. What a special and glorious show this has been, a shining star in the history of Canada’s oldest and most storied theatres. It’s a show for the history books. The reopening night of December 15 alone, is one I will always remember, as will everyone who was there.”

Mirvish explained that the show is permanently closing because “the costs of reopening a second time are prohibitively high and risky,” and added that Canadian governments need to better support the arts.

“In other parts of the world, the government has stepped up to support the commercial theatre sector by offering a financial safety net for the sector to reopen and play during the pandemic, thus protecting the tens of thousands of good jobs the sector creates,” said Mirvish. “That is the case in the US, the UK and Australia – where productions of Come From Away continue to play… But in Canada there is no such government support. And without such a safety net it is impossible for the production to take yet another extended hiatus.”

“I know this news is shocking, and it causes me and our partners great pain to have to take this action, but we are simply out of options. The most responsible way forward is to close the production. This is not the way any of us wanted this to end. Come From Away deserves to have had many more years at the Royal Alex. But the risks, uncertainty and financial situation have left us without another realistic outcome.”

Four remaining performances of Come From Away have been cancelled. Ticket holders will be contacted by Mirvish and given the option of transferring the ticket value to account credits, gift cards, or a refund. 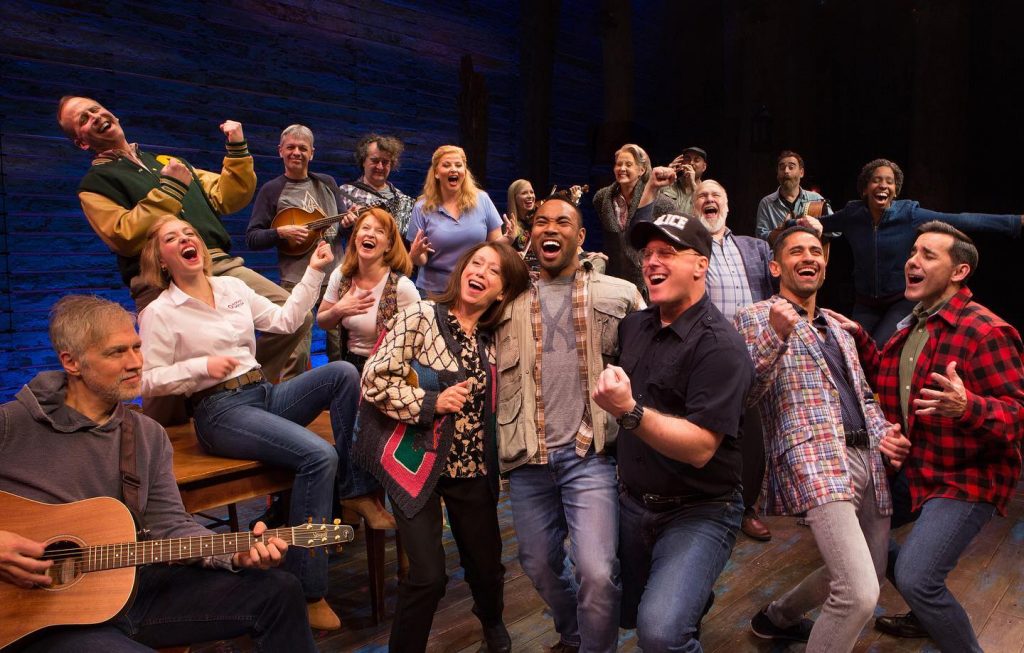 Come From Away (Cylla von Tiedemann/Facebook)

Come From Away is not the only Mirvish production affected by the COVID-19 pandemic and Omicron outbreaks. The company announced on December 20 that the highly-anticipated North American premiere of Tom Stoppard’s Leopoldstadt on January 22 at Princess of Wales Theatre was no longer happening.

Mirvish also announced right before Christmas that the remaining performances of Jesus Christ Superstar at the Princess of Wales Theatre were cancelled due to COVID infections backstage. The touring production had performance dates booked until January 2.