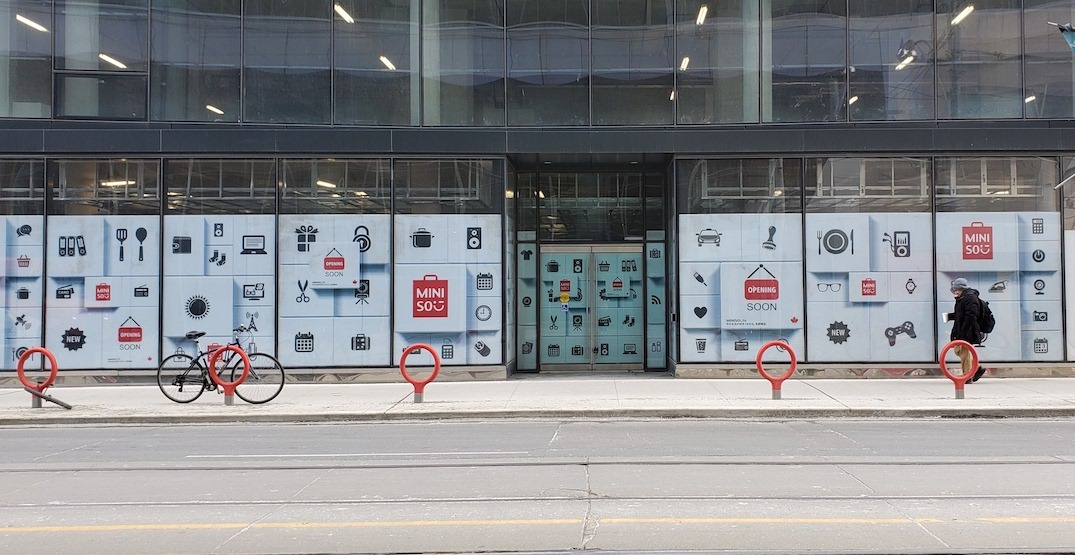 A giant Miniso is coming to Queen Street West.

Located by Osgoode Station, the store, housed at 217 Queen Street West, takes up almost the entire retail floor of the building.

The first MINISO location downtown Toronto was in the Eaton Centre, and opened last year. It currently has three locations in the GTA, including one at Scarborough Town Centre.

MINISO was co-founded in 2013 by Japanese designer Miyake Junya and Chinese entrepreneur Ye Guofu, and is viewed as one of the world’s fastest growing retailers.

“With a goal of opening 6,000 stores globally by 2020, MINISO’s rapid-fire growth has averaged at 80 to 100 store openings per month,” states its website.

MINISO offers products ranging from $2.99 to $5, and generally has new products delivered each month.

“MINISO Canada will open between 30 and 50 stores in Canada throughout 2017/2018 with a focus on Vancouver, Toronto and Montreal, and the potential to operate as many as 500 Canadian stores in the coming years,” it says.

This is in response to reports Miniso Canada made in December regarding the company filing for bankruptcy, which they then stated was “inaccurate or not true.”

At the time, it was said the two parties were in the process of settling their business issues and finalizing details on the agreement.

Daily Hive reached out to MINISO for the exact opening date of the new Queen store, and this post will be updated accordingly.