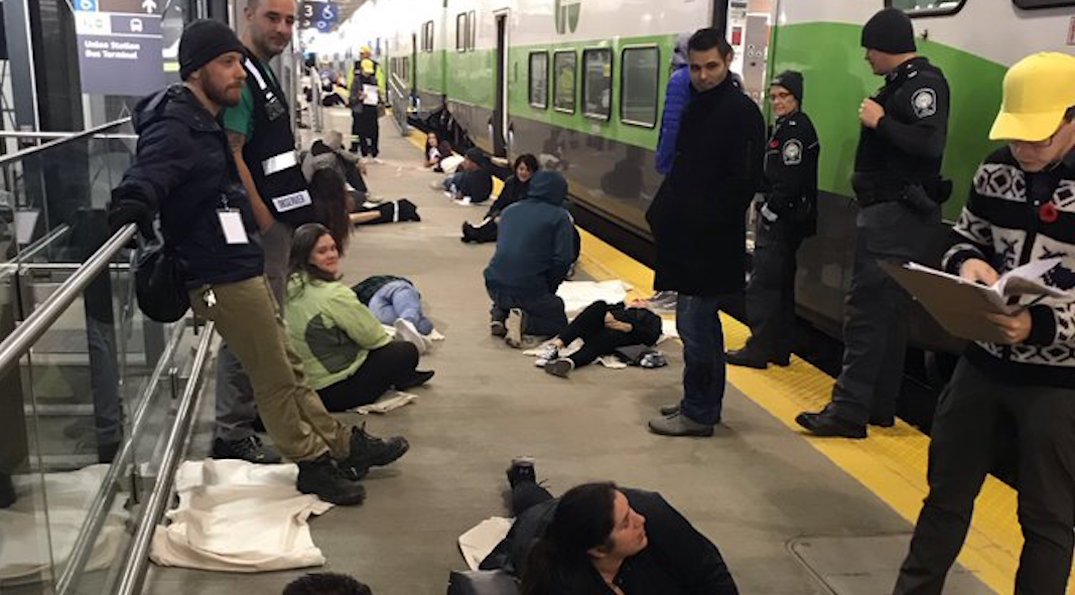 After months of planning, the largest-ever multi-agency emergency exercise took place at Union Station over the weekend.

Nearly 300 first responders, more than 150 actors, and a team of professional make-up artists participated in the Metrolinx-led mock disaster simulation that took place overnight at Canada’s busiest transit hub as a way to test and improve emergency preparedness.

Anne-Marie Aikins, a spokesperson for Metrolinx, described the exercise, which depicted a simulated terrorist attack over the span of two hours, as chaotic as the situation was constantly changing.

Aikins said that some of the actors had to pretend to die, causing a scene that felt incredibly real.

After months of planning, collaboration with @Toronto_Fire @TorontoMedics @TorontoPolice & many others including 150+ volunteers, we held our largest exercise @Torontounion

From videos and photos shared on social media, you can see dozens of bloodied actors sprawled all over the station, many of which can be heard screaming in pain and yelling for help.

Even though this is a simulation it is hard to watch, it captures a very challenging scene first responders & ⁦@GOtransit⁩ staff were met with

Our media partners were invited as observers as the exercise unfolded over a two-hour response pic.twitter.com/97xZKKeQti

Other photos show response teams acting out the emergency response protocol and even Metrolinx’s K9 dog Dash assisting in the procedure.

Thank you to your members for their exceptional assistance during the emergency exercise last night. We’re all thinking about your injured firefighters pic.twitter.com/lNuDTdkCYl

Fire trucks were brought to track level to respond to a simulated fire, which has never happened before.

This exercise is not the first Metrolinx has conducted with emergency services partners in the area.

But this year, Aikins said they wanted to take the exercise to a new level by running the simulation at Union Station, which is a complex and challenging environment.

Aikens added that she was very impressed by how everyone responded and that everyone involved in the exercise was incredible.