On May 25, an employee at Metro Cloverdale Mall in Etobicoke tested positive. Their last shift was on May 15.

And, on May 22, a staff member at Metro Parkway Mall in Scarborough also tested positive for the virus. They last worked at the stores on May 13 and May 19.

Prior to this diagnosis, the virus had been confirmed in six staff at Metro Parkway Mall, located at 15 Ellesmere Road in Scarborough.

Other cases have been identified at Metro Trinity Commons in Brampton, Metro West Queen West in Toronto, and Marche Adonis in Mississauga.

An additional two cases have been reported at Food Basics, a Metro company grocer, at 2900 Ellesmere Road.

According to Metro, a total of 27 employees have tested positive so far. 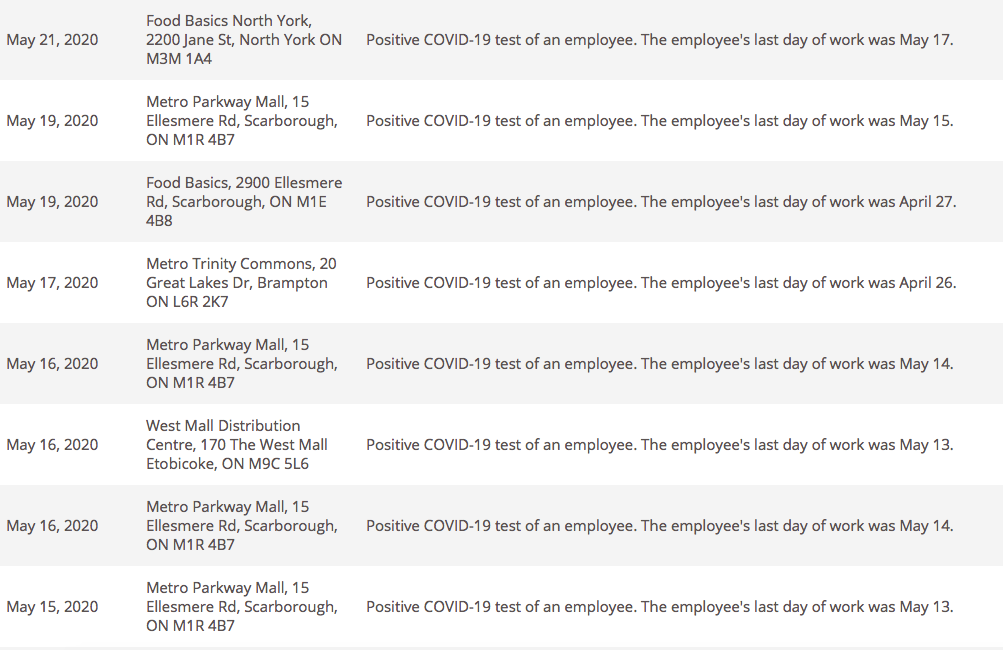