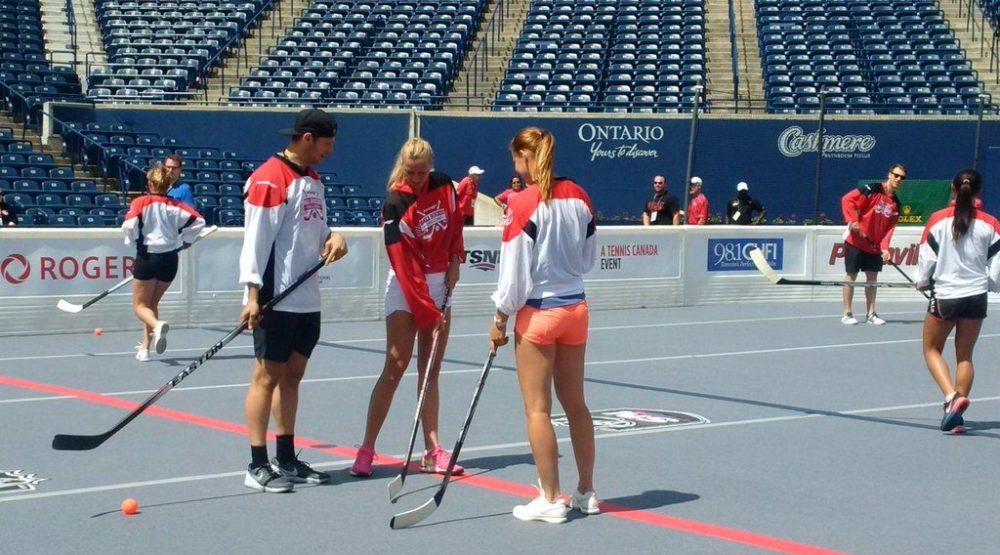 Fans will get to see some of their favourite hockey and tennis stars at centre court at the Rogers Cup in Toronto on July 24.

So far Connor McDavid, Tyler Seguin, Jason Spezza, Michael Del Zotto, and Dominic Moore have confirmed their attendance for a ball hockey game that is free to attend for fans.

Not all athletes for the event have been announced yet, although the game will also feature some tennis players from the ATP Tour. Two years ago, Roger Federer took part.

Federer during the ball hockey exhibition with NHL and ATP players. pic.twitter.com/I6zoItM7sj

“This is an amazing chance for our fans to get closer to two of their favourite sports, and a unique opportunity to see top tennis stars in a different setting,” said Karl Hale, Rogers Cup Toronto tournament director in a media release. “This is a marquee event of our opening weekend and has been a favourite of the players over the past few years. Both the tennis and hockey players really admire what the others do, and it’s a chance to let loose and have some fun. Fans will really get to see their personalities shine.”

The weekend is filled with family-friendly activities such as face painting, mini-tennis, and autograph sessions, in addition to qualifying action as ATP players attempt to make the tournament’s main draw.

The game, dubbed the ‘Sportsnet Ball Hockey Challenge’ will have seating on a first-come, first-serve basis. Qualifying tennis begins at 10 am with gates opening at 9:30 am.