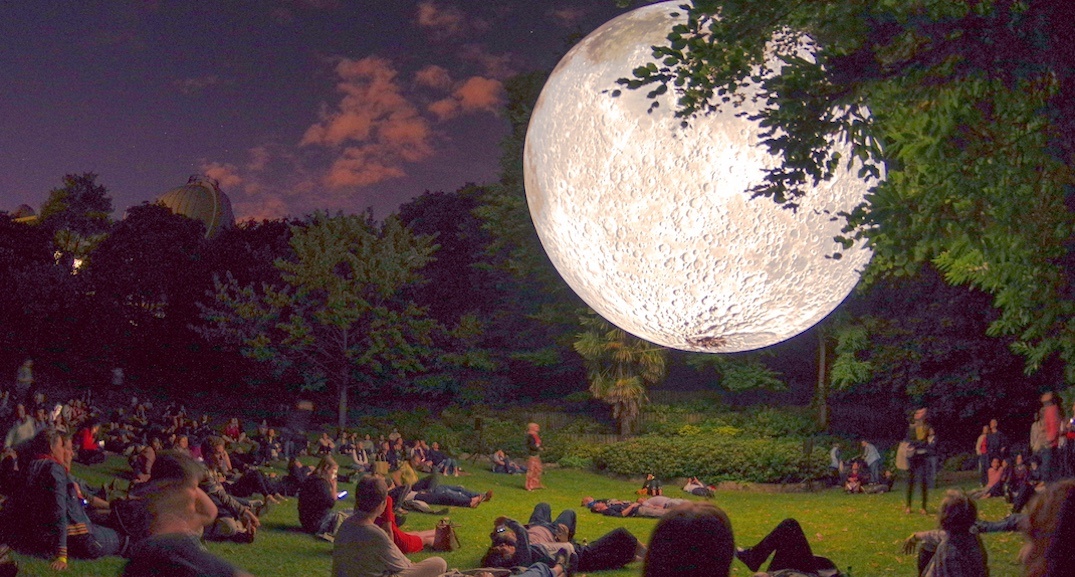 Image courtesy of Museum of the Moon.

You’re going to have another reason to visit The Bentway before summer ends.

Starting on September 10, The Bentway is going to transform into an open-air planetarium, complete with a massive glowing moon that will light up below the Gardiner Expressway.

The presentation is called Museum of the Moon, which is a touring artwork, and it will feature a week-long celebration of “the moon and our relationship to its rhythms.”

The week will culminate with a special event on September 14, as a full harvest moon rises over Toronto, with Moon Merge.