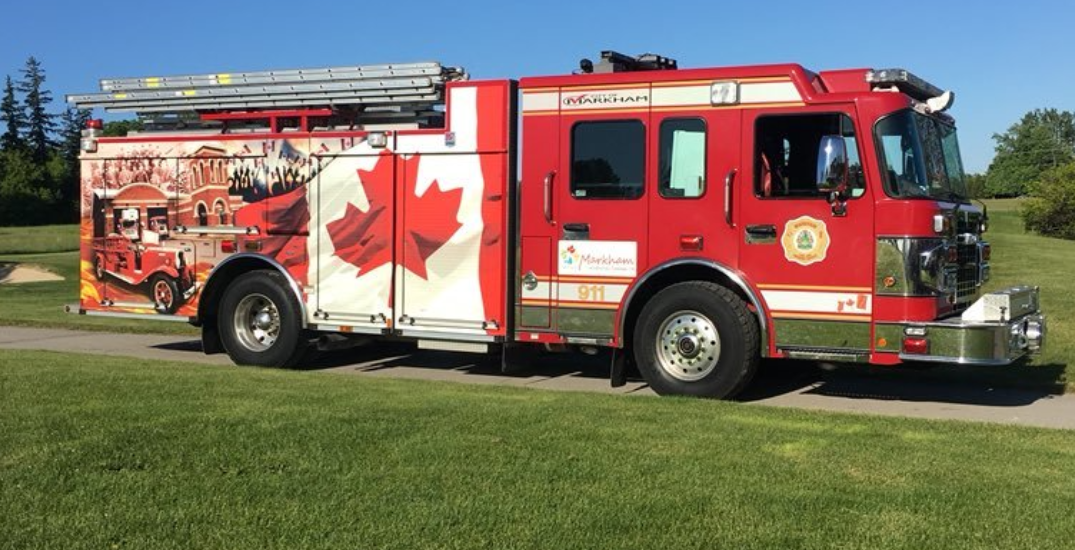 Several members of Markham Fire and Emergency Services have tested positive for COVID-19, and some contracted the virus at work.

The City of Markham confirmed in a public service announcement that as of December 16, seven firefighters have tested positive for the coronavirus.

They believe that three firefighters caught COVID-19 while at work, while four contracted it elsewhere. An additional 11 service members have tested negative.

According to the announcement, Markham Fire and Emergency Services are following all health and safety measures set out by York Region Public Health.

Fire stations are not open to the general public, and when firefighters respond to an emergency, they wear the “highest standard” of PPE at all times, they said.

None of the firefighters who tested positive interacted with members of the public while on duty, the city said. They don’t believe that the seven cases identified at the Firehall have spread to anyone outside of Markham Fire and Emergency Services at this time.

The affected station has been deep-cleaned by a third party as a precaution. Any high-risk contacts have been notified by the health authority.

“We are confident the situation is now stable and poses no risk to staff or to our ability to serve the community,” the city said. “The health and safety of our staff and our community continue to be our top priority.”