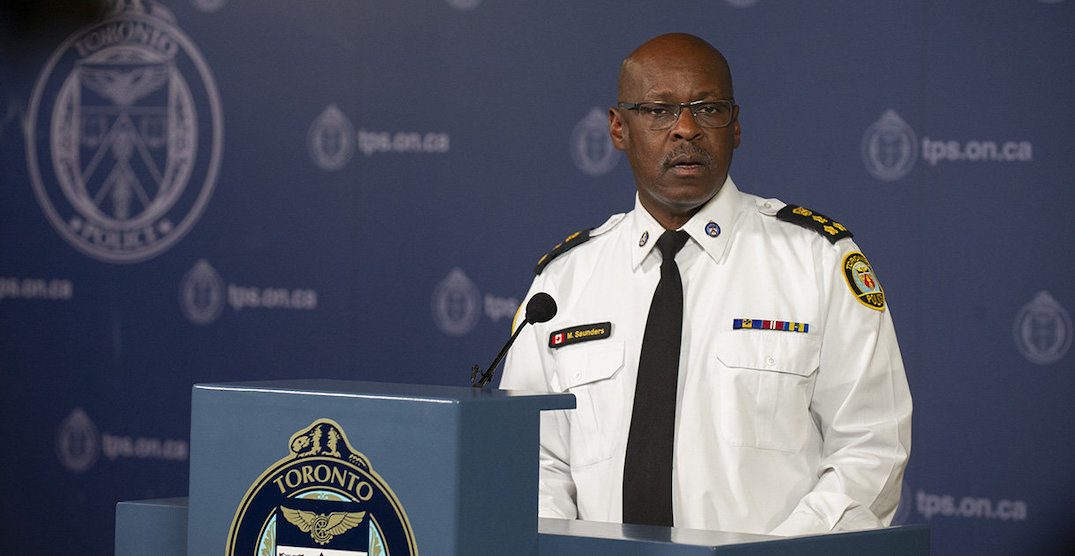 Toronto Police Chief Mark Saunders has announced he is stepping down.

On Monday afternoon, Saunders held a press conference to make the announcement. He will be stepping down from his position on July 31.

“As this organization continues to move forward, I want to reassure you that we recognize that above all else, the Toronto Police Service will continue to do everything it can to ensure that public trust is at the forefront of every word, every deed,” said Saunders.

Saunders was hired as chief in 2015. In August of last year, the Toronto Police Services Board announced it was extending Saunders’ contract until 2021.

For now, the chief said he will continue working with the Service over the next month.

He did not specify any reason for leaving, but said he has never had an August off during his career.

“I’m still here for another two months. It’s not like I’m walking off into the sunset,” Saunders said.

“Family is the most important thing to me right now.”

Saunders said there are things he wants to do for Toronto “for free.”

He briefly joked about being a politician, but said for now, he is a “free agent.”

Mayor John Tory said that he found out a week ago that Saunders is planning to retire this summer.

“This retirement comes after more than 37 years in the Toronto Police Service,” said Tory in a statement.

Tory said Saunders cares deeply about the people of the city, all of its neighbourhoods, and about the men and women who serve with him.

“We will continue to see the benefits of his pioneering work on modernization and culture change for years to come,” said Tory.

For his final words during the press conference, Saunders thanked the city.

“Thank you, Toronto,” said Saunders. “I look forward to working with you over the next two months.”