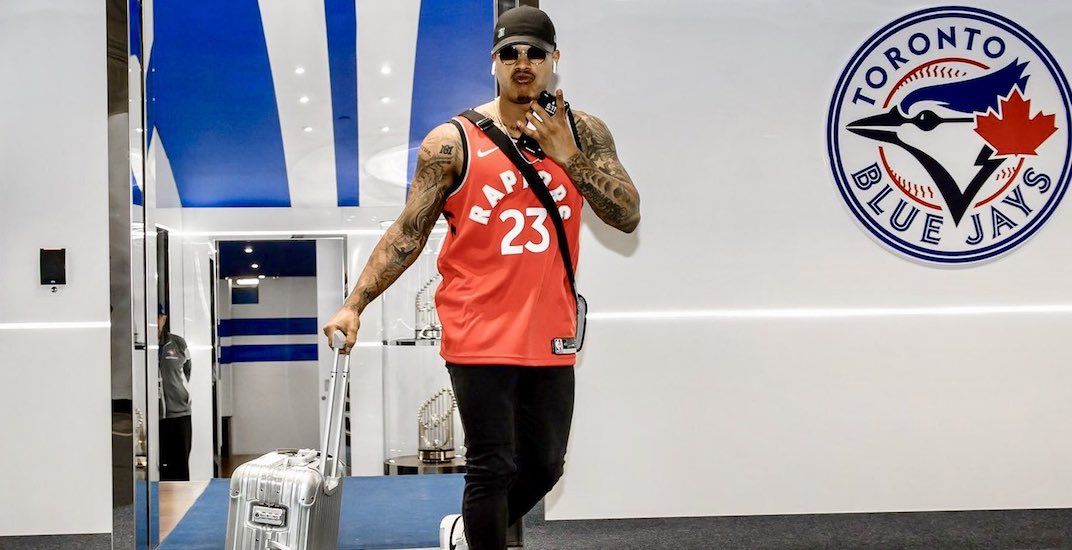 No professional athlete in Toronto embodied the spirit of the city like Marcus Stroman. The 28-year-old is a Long Island, New York native, but once he was drafted by the Blue Jays back in 2012, Stroman was all-in for “the Six.”

Want proof of his adoration for Toronto? The man tattooed the Toronto skyline on his body. In retrospect, now that he’s no longer a Blue Jay, that may not have been the best decision emblazoned in ink, but it showed Stroman’s passion for the T-Dot.

He repped the city more than any other player in recent memory becoming an ambassador for Toronto. Stroman’s stay with the Blue Jays was only six years long, but during his tenure in Toronto, he became a walking billboard for the city.

He showed his appreciation for his fans all across Canada shortly after being traded to the New York Mets on Sunday.

CANADA. TORONTO. Words can’t really explain the extent of my appreciation and love. Beyond thankful and blessed to have played for this unbelievable nation. Thank you for your constant support, love, and loyalty. I’ll be back plenty in the future! 🇨🇦

The Stro Show was often seen courtside at Toronto Raptors games and the NBA champs gave him some love on social media, thanking him for “always reppin’ our city, our country.”

Much love for always reppin’ our city, our country.

The 28-year-old famously spearheaded an initiative to get all his Blue Jays teammates to wear Toronto Raptors gear before the Jays boarded the plane for their west coast road trip in June.

Bet on yourself always. Shout to the @Raptors for inspiring the city! 🇨🇦 @FredVanVleet pic.twitter.com/TFHUUixbre

Stroman’s Raptors fandom can be traced all the way back to 2014, the year he made his big league debut. The Raptors sent their best wishes to Stroman after he suffered a torn ACL at the start of the 2015 season.

Sending best wishes to @MStrooo6 of the @BlueJays for a speedy recovery! #RTZ #WeTheNorth pic.twitter.com/2f6iYBHG0Q

It was a little serendipitous that Stroman had the number six as his uniform number during his time in Toronto. It was a tribute to his late grandmother, but the number also had a secondary meaning as a link to the city he played in.

Designed this hat myself. Little tribute to THE @BlueJays and the 6! Appreciate it @NewEraCap! #HDMH #TORONTO pic.twitter.com/4plqwCpKoH

There was also a short time when Stroman combined with his teammate Aaron Sanchez to create Toronto’s famous area code.

The right-hander had his best season in 2017 with the Blue Jays, winning a Gold Glove and finishing eighth in the American League Cy Young voting. The team itself did not make the playoffs that year, but Stroman pitched like an ace.

2017. Thank you to my family, friends, fans, and followers. I LOVE the City of Toronto and all of Canada. Your energy is addicting! #HDMH pic.twitter.com/31GOeQrArU

You can’t be an honorary citizen of the T-Dot without getting your photo taken with Drake.

The 6 ain't friendly but that's where I lay up! #TORONTO #OVO #topszn @Drake pic.twitter.com/gpDa9Aqre2

While some athletes might see it as an inconvenience to play north of the border, Stroman embraced the opportunity to play for an entire country.

Crazy views and vibes at the work office. 💥 #HDMH pic.twitter.com/rxzibSm4cO

If you’ve living in Toronto, it’s also an unofficial requirement to own at least one piece of Roots clothing in your closet.

And like many athletes who call Toronto home for at least half of the year, Stroman was happy to give back to the community by visiting Sick Kids Hospital.

My man @ants_serracino is one of the most inspiring individuals I’ve ever met. Your strength, faith, and confidence when we met the first time in @sickkids hospital is something that has always stuck with me. Beyond happy to see you out of the hospital and getting better! pic.twitter.com/yav4Ad8fE6

Opening Day approaching. Excited to see my dawg @ants_serracino in the stands. Coming back to @sickkids when I get back to the city! 🇨🇦 @uninterrupted pic.twitter.com/4hUNRHn2zX

Many Blue Jays fans are sad to see Stroman go, but the man left his mark on the city that’s tattooed across his chest. And the city of Toronto forever left its mark on him.