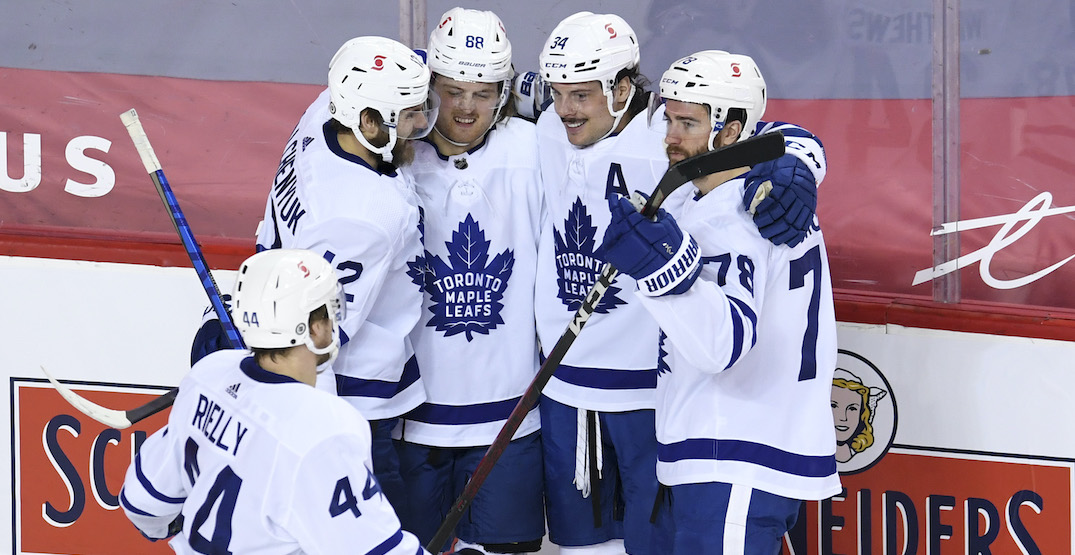 The Toronto Maple Leafs are on a franchise-best pace for points this season after defeating the Calgary Flames in back-to-back games 4-2 and 5-3.

With their most recent win, the team has 55 points this season which is the most through 39 games in team history. This is on pace for 116 points in a full 82-game season, which would also be a franchise-best.

The Leafs current four-game winning streak has demonstrated the team’s ability to get goals from their top players and depth contributions.

The team has scored 13 goals in their last four games. Six of those goals have come from the core four (Auston Matthews, Mitch Marner, John Tavares and William Nylander). Seven of them have come from other members of the team.

The only negative surrounding Toronto has been their powerplay, with a 0-for-29 team slump. Last night’s game saw that corrected as Matthews got the team’s first powerplay goal since March 9.

Matthews has also maintained his hot goal-scoring touch from early on in the season. He continues to lead the league in goals with 27, five higher than Connor McDavid in second.

Goaltender Jack Campbell has also become a rock-solid option in net for the Maple Leafs. In his most recent win, he tied a franchise record for the most consecutive wins (nine). With Frederik Andersen out with a lower-body injury, Campbell has stepped in and delivered a top-five goals-against average and a top ten save percentage.

The North Division-leading Maple Leafs, which completed a four-game road trip through Winnipeg and Calgary, leads the second-place Winnipeg Jets by six points. The Edmonton Oilers are seven points back in third.

Meanwhile, after having a couple of down weeks, they have rebounded and found themselves third league-wide. They are only one point behind the Colorado Avalanche and the Florida Panthers.

Everything for Toronto is clicking just a week before the NHL’s trade deadline. While many are happy now, most fans know the team’s true success will depend on their playoff run.