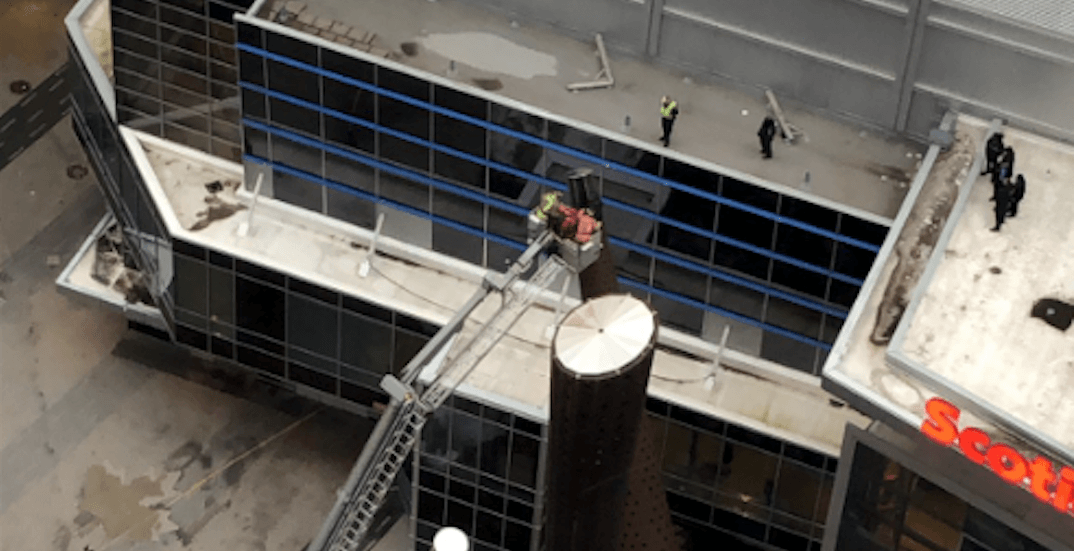 A man has been arrested and charged with public mischief after climbing a 70-ft structure outside the Scotiabank Arena in downtown Toronto during yesterday’s wind storm, according to Toronto Police.

According to a tweet, firefighters attended the York and Front Street area to assist the man who had climbed the structure on Sunday afternoon.

He was brought down to safety and then treated medically after being exposed to cold gusty winds for over an hour.

Update:
-The man was assisted and brought down to safety
– he was treated medically after being exposed to cold gusty winds for over 1 hour
– he has since been arrested and charged with Public Mischief@TPS52Div #GO348335^adc

A twitter-user shared photos of a man at the top of the Search Light, Star Light, Spot Light sculpture by John McEwan outside of the Scotiabank arena.

What type of foolishness, LMAO pic.twitter.com/zdX9TSYMQI

Images show the man clutching the top of the sculpture, and then being brought down to safety.

He has been retrieved! pic.twitter.com/8oIoaUjvtK