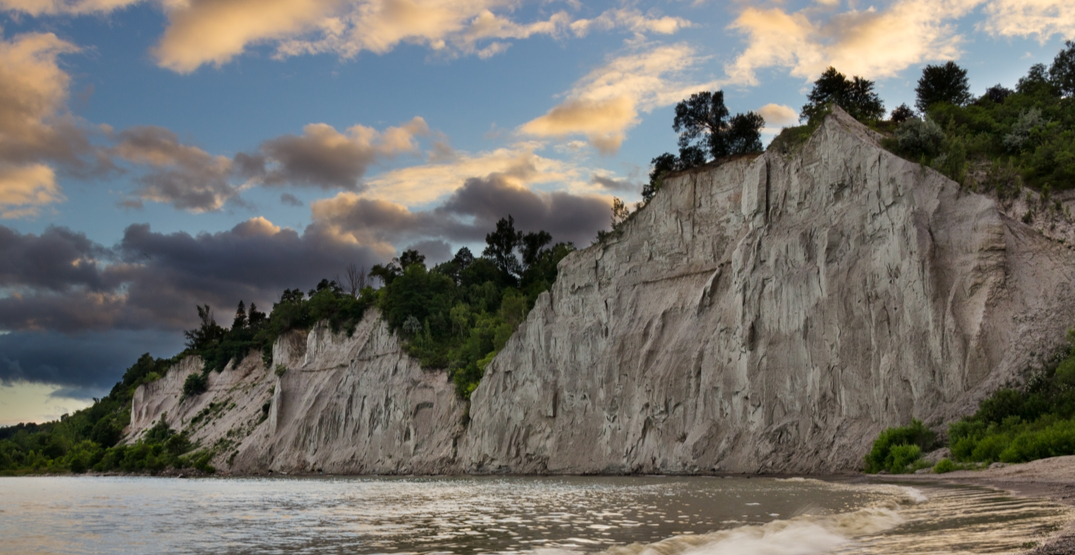 Toronto fire and paramedic crews have reportedly rescued a man who fell down the Scarborough Bluffs escarpment early this morning.

According to police, the teams responded to a call to the area around 6:30 am on Wednesday.

A man had reportedly fallen down the escarpment, hurt his leg and back, and was trapped on the bluffs.

Alongside the report, police shared an image of the signage on-site at the Scarborough Bluffs, asking people to adhere to it. The sign in the photo says that the cliff edge can suddenly collapse and, to avoid the risk of injury or death, to keep well back from the edge and not cross over the fencing.

UNKNOWN TROUBLE:
Scarborough Bluffs
*6:30 am*
– man trapped on bluffs
– reports man fallen down escarpment and hurt leg and back
– @Toronto_Fire o/s, rappelling down to his location to assist.
– @TorontoMedics o/s
– please adhere to the signage#GO1259867 pic.twitter.com/L5UQpAYkq2

Around 8:30 am, police followed up their initial report with news the man had been rescued, and was being assessed by paramedics.

UNKNOWN TROUBLE: (UPDATE)
Scarborough Bluffs
– male rescued off of cliff
– @TorontoMedics assessing man
– thank you to all who assisted#GO1259867
^ep2

This incident comes exactly one year and one day following another similar rescue at the Scarborough Bluffs, when fire crews were deployed as well as police and paramedic teams.

On this day last year, Toronto Fire shared that there are hefty labour and equipment resources going into rescues at the bluffs.

Significant labour and equipment resources are used when there is a rescue incident at the Scarborough Bluffs… #Toronto #safety https://t.co/XOg9kQ6Db5

According to the City of Toronto, there were 16 rescue incidents at the bluffs in 2018, wherein 123 fire trucks were dispatched.