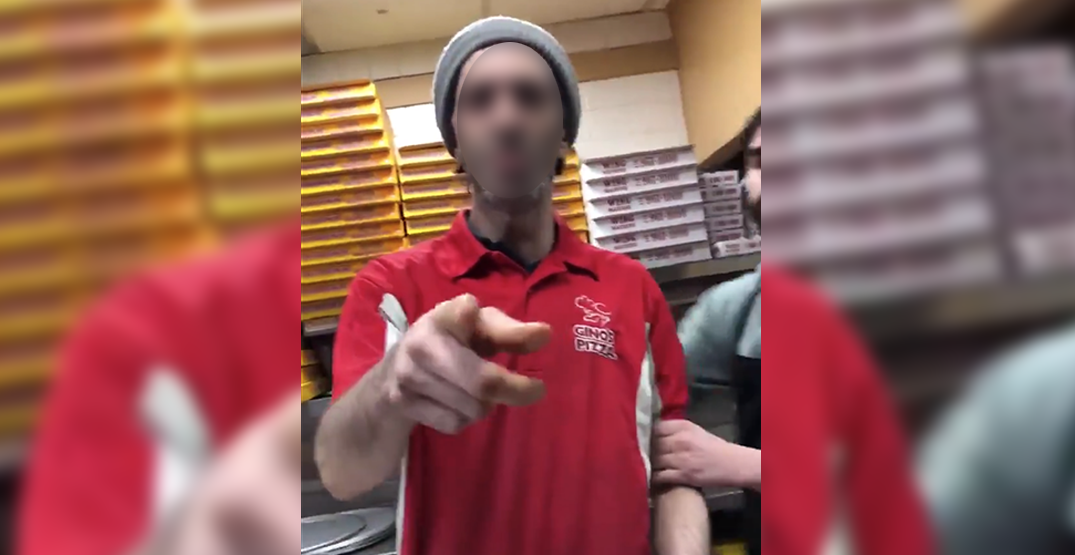 Gino’s Pizza has reportedly fired one person after they hurled homophobic slurs at a patron in Toronto.

The incident reportedly took place at the pizza parlour’s Yonge and Eglinton location.

Rob Gill, a self-proclaimed commentator and LGBTQ+ advocate, posted a video of the altercation on Twitter just after 7:30 am on February 15.

The accompanying caption says that Jeremy Mizu, of Toronto, was denied service for being gay, before the employee directed a homophobic slur at him.

Toronto man Jeremy Mizu was denied service at @GinosPizzaCDN (Yonge & Eg in Toronto) for being gay and was called a “faggot”.

By just after 4 pm that day, Gino’s had responded.

“The employee involved has been terminated,” the pizza chain wrote in a tweet.

Thank you all for bringing this to our attention. We’re taking this matter very seriously. The employee involved has been terminated. pic.twitter.com/mnPa3t3IyC

“Gino’s Pizza is a supporter of the LGBTQ community and apologizes for the actions of this former employee.”