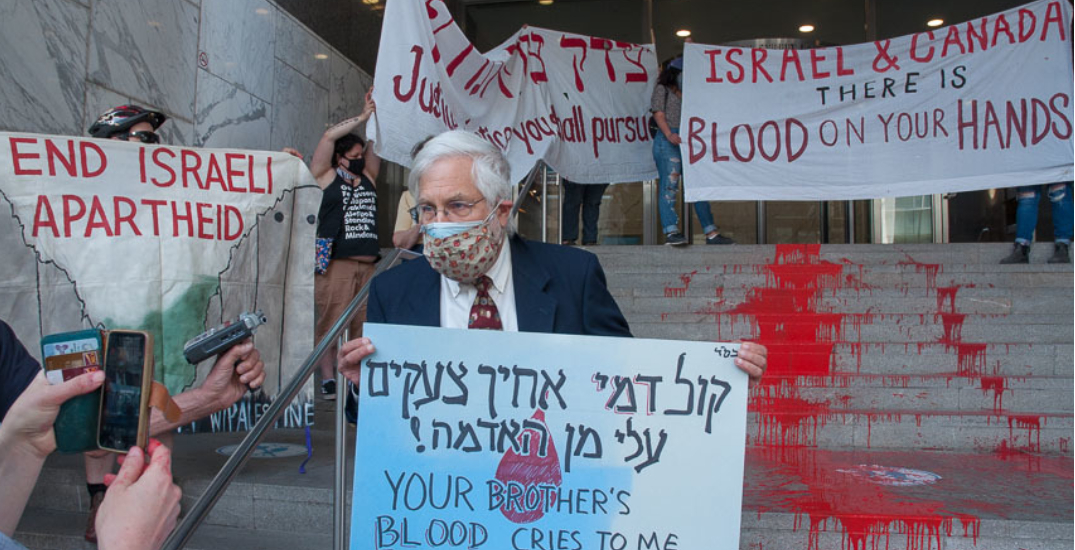 One man is facing charges after protestors poured red paint across the steps of Toronto’s Israeli Consulate.

Demonstrators, including members of Independent Jewish Voices Canada, gathered outside the Consulate General of Israel on May 21 to protest the government’s actions in Palestine.

Several protestors poured red paint across the front steps of the Bloor Street East building to symbolize a “river of blood.”

“We’re here to be sure that the blood on the hands of Israel is visible,” a man identified as Rabbi David Mivasair says in a video of the event shared on social media.

“So we’ve put this symbol of blood coming out of the door so no one can go into these offices…without seeing what Israel is about.”

In a release issued on May 23, Toronto Police said officers had been called to the Israeli Consulate on Friday night for reports of damage to the building.

Following an investigation, officers arrested Mivasair, 69, of Hamilton on May 22 and charged him with mischief under $5,000. He has since been released on an undertaking.