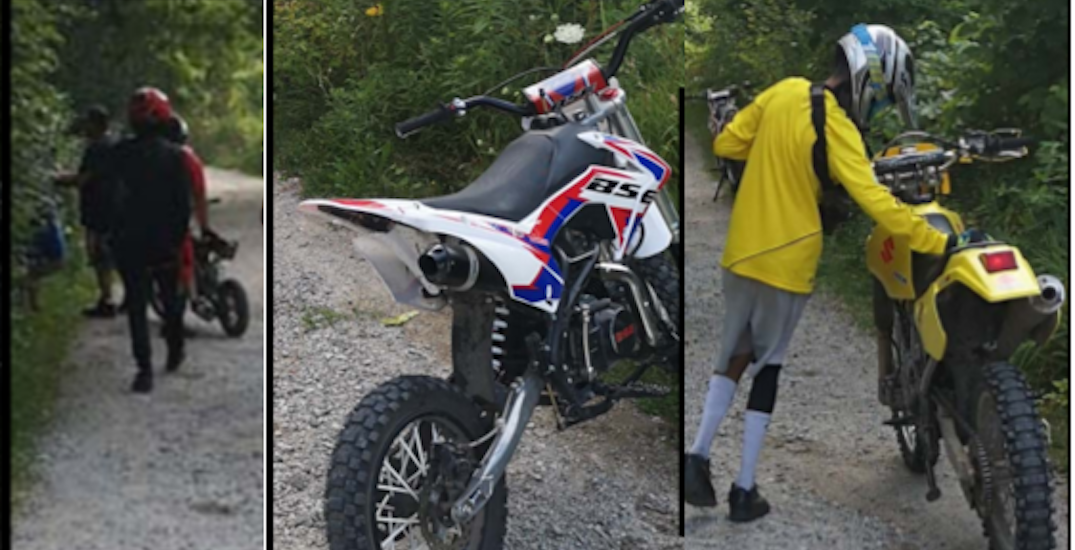 Peel police are asking for the public’s help in identifying four men on dirt bikes after they allegedly attacked a man running on a trail in Mississauga.

According to the Peel Regional Police, on July 21, the victim was running on a trail at the Meadowvale Conservation Area in Mississauga, in the Old Derry Road and Second Line West area.

Four men on dirt bikes allegedly came up behind the victim and yelled for him to move off the trail.

It is then alleged that the attackers threatened, and punched the victim before he was repeatedly kicked and sprayed with an animal repellant.

The victim received a couple of stitches and was treated at the hospital for a short time.

“The conservation trail does not permit motorbikes or other all-terrain vehicles on the path,” said police.

The first suspect is described as male, wearing a yellow long sleeve shirt, grey and white shorts, dark shoes with a grey helmet, and a yellow bike.

The second suspect is described as a male, wearing all black with a red helmet.

The third suspect described as male, wearing all red with a red helmet.

The last suspect is described as male, in his early 20’s, short hair, with a goatee, and dressed in all black. 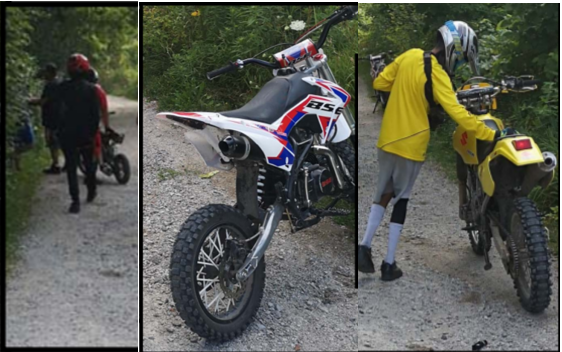 “There were four bikes associated to the suspects; one bike was yellow, the other red, white and blue, and the remaining motorbikes were all black,” said police.

If anyone has information in regard to this incident or may be able to identify the suspects, they are asked to contact the 11 Division Criminal Investigation Bureau at (905) 453-2121, ext. 1133. Information may also be left anonymously by calling Peel Crime Stoppers at 1-800-222-8477, or by visiting peelcrimestoppers.ca.