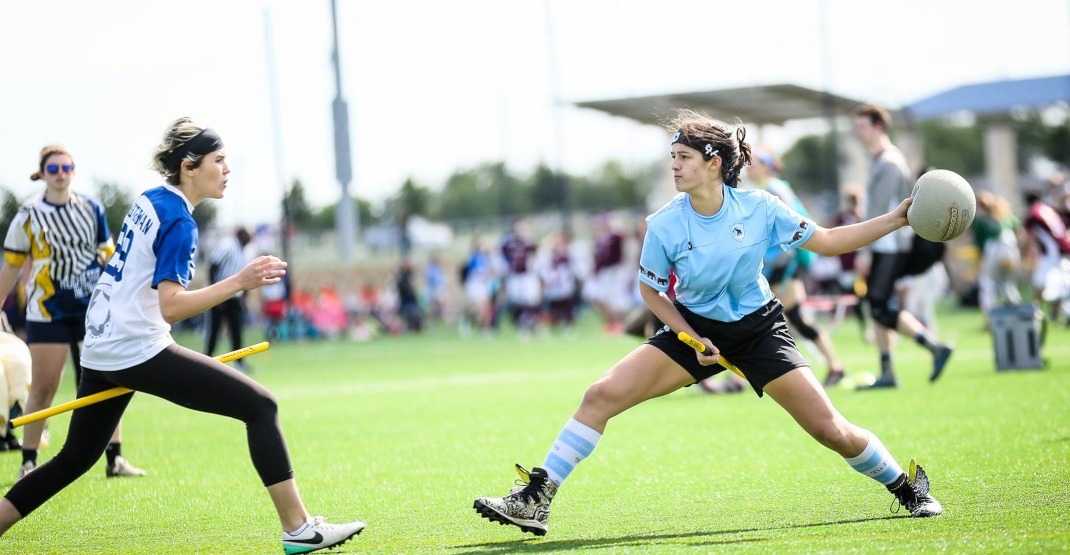 Quidditch isn’t a professional sport yet, but people take it really seriously.

In fact, quidditch is a big enough deal that Major League Quidditch (MLQ) is coming to Toronto at L’Amoreaux Sports Complex on Saturday, June 15 from 3 to 6 pm.

The Toronto Raiders—named after the city’s most beloved scavengers, the raccoon—is a real quidditch franchise that is bringing you a three-game series against their North Division rival, Cleveland Riff.

Tickets are free and open to anyone.

Both teams have their eyes set on one thing—the Benepe Cup. The league trophy that the top 12 out of 15 quidditch teams in the US and Canada compete for.

If Toronto’s team is able to play till the end, they’ll be invited to the finals in Richmond, Virginia on August 10 and 11.

But the real-life version today is a combination of basketball, rugby, and dodgeball and over 600 teams in 40 different countries play the sport.