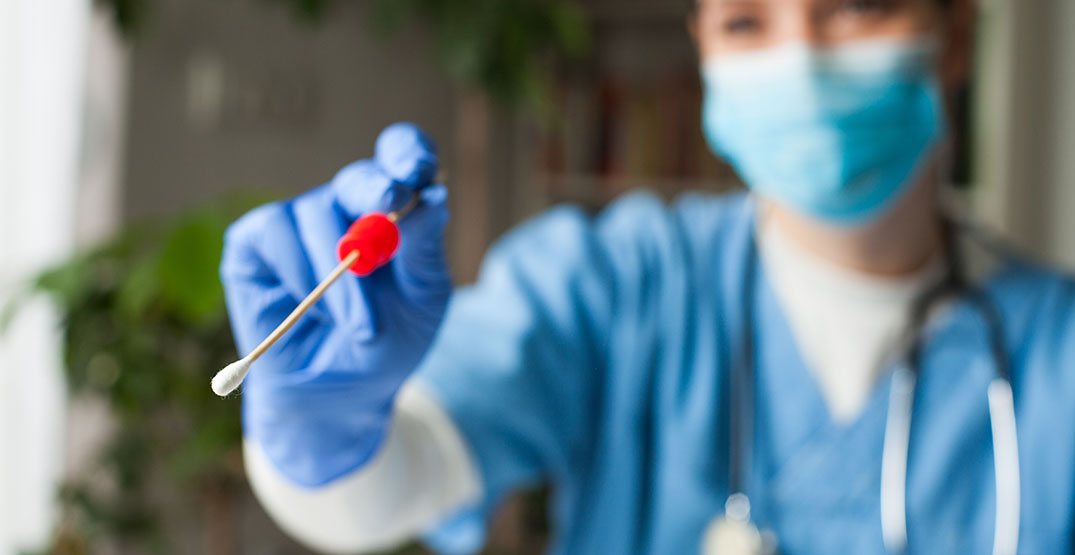 Shoppers locations in Alberta have been offering coronavirus testing for about two months now, and the company says it’s interested in bringing that service to other provinces.

“We continue to talk to other provinces about how pharmacies can be part of the solution,” a company spokesperson told Daily Hive via email.

Although the spokesperson didn’t say which provinces the company is in talks with, Ontario Premier Doug Ford confirmed earlier this week he’s discussing bringing coronavirus testing to Shoppers locations there.

“We’ve been discussing this for a little while now and we’ve reached out to Shoppers Drug Mart, the CEO of Loblaws that owns Shoppers as well, and they’re being very cooperative, so I might as well come out and say it,” he said Monday.

In Alberta, pharmacies only test people who are not presenting symptoms. Anyone feeling sick needs to contact Alberta Health Services to have their test done at a healthcare facility where they won’t interact with members of the public.

Alberta suggests asymptomatic people get tested at a drug store under the following circumstances:

Loblaws wants Canadians in other jurisdictions to have access to the same service.

“Pharmacists across the country are ready with the infrastructure and the desire to help Canadians,” Shoppers Drug Mart spokesperson Ashesh Desai said in a news release. “We want to do more to be part of the solution.”