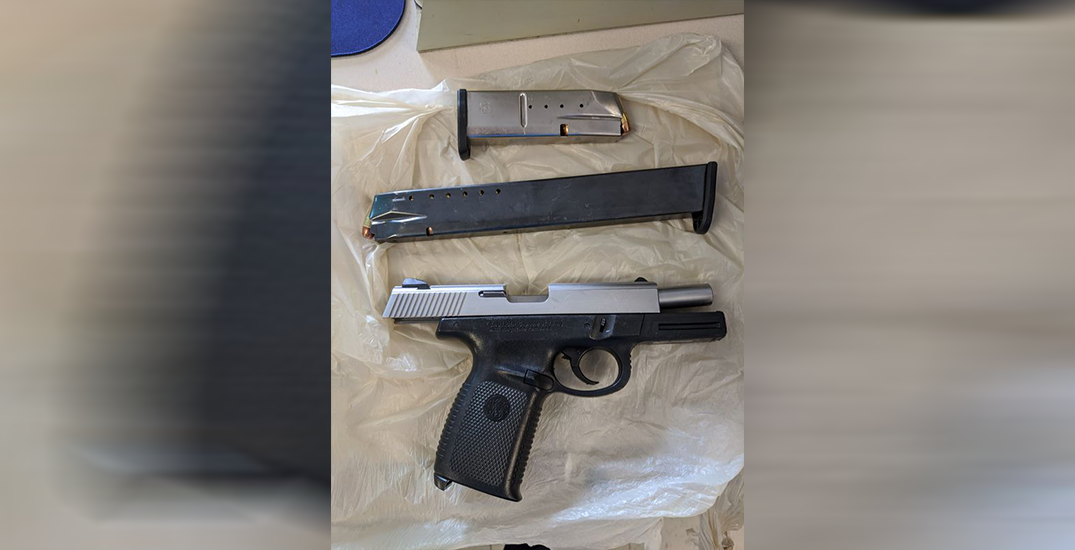 A 21-year-old man was arrested and now faces over a dozen charges, after he allegedly left a bag containing a loaded semi-automatic handgun inside a store in Etobicoke.

According to police, the man forgot the bag inside of a store located in the Browns Line and Evans Avenue area and then went back to retrieve it.

Concerned citizens secured the bag – allegedly containing a Smith and Wesson .40 calibre handgun and an extended magazine – and then proceeded to call the police.

Officers were called to the scene on Monday, just after 3:30 pm.

The man has been identified by Toronto Police as Nigel Lopez of Toronto.