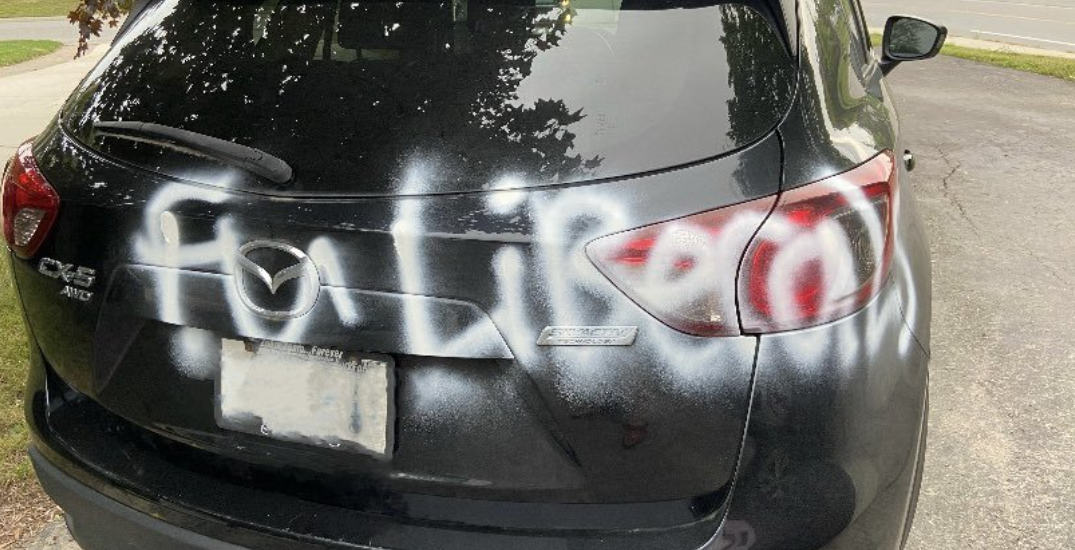 An Ontario Liberal candidate’s car was vandalized over the weekend in what he says was an attempt to intimidate his campaign.

Chris Bittle, who is seeking reelection in St. Catharines, tweeted photos of his car on Sunday morning with the words “f* Liberals” spray-painted across the back.

Bittle, who also serves Parliamentary Secretary to the Minister of Environment and Climate Change, wrote that the incident occurred on Saturday night while he and his family slept.

“This was clearly an attempt to intimidate me and my campaign,” he said. “I am disheartened to see this, but I know this isn’t who we are as a community.”

“Whomever this individual is, I have a message back: I will not be intimidated and I will continue to fight for St. Catharines.”

1/2 Last night, while my family and I were sleeping someone came onto my property to vandalize my car.

This was clearly an attempt to intimidate me and my campaign.

I am disheartened to see this, but I know this isn’t who we are as a community. pic.twitter.com/5UuAv4lc5u

Bittle has previously served as Parliamentary Secretary to the Minister of Transportation and Deputy House Leader in the House of Commons.

First elected as an MP in 2015, Bittle’s website states that he uses his platform to “speak out against intolerance, racism and bigotry.”

Daily Hive has contacted Niagara Regional Police and will update this story accordingly.