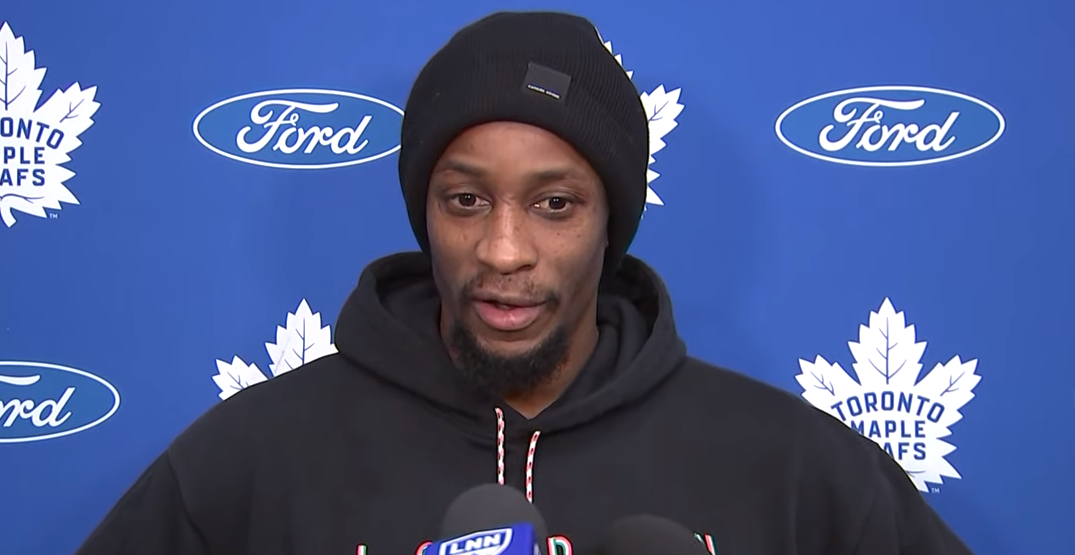 Simmonds offered his support for Beach but added that he was shocked at how long it took for the news to reach the public. Beach’s alleged assault occurred in the 2009-10 season, with its news of the allegations first breaking to the public in December 2020.

“It was unbelievable… that something brought up during the time could be passed over by so many people,” Simmonds said at Wednesday’s practice.

Simmonds offered up a suggestion for allowing more transparency in future league investigations to off-ice conduct.

“I don’t know if we can have an independent arbitrator or something that’s outside of league where players can speak up,” Simmonds said. “[That way] it’s just not in the hands of the teams and the NHL… there’s an outside view and outside scope to where they’re not thinking about who’s getting punishment here or who’s get taken out of a GM spot or coaching spot or something like that.”

Simmonds also talked about the culture of silence that has long been associated with hockey players.

“Guys are afraid to speak out because of repercussions, and that’s something that’s definitely got to change,” Simmonds added. “It’s unacceptable and within our dressing room, within a lot of other team’s dressing rooms, now the culture’s kind of starting to change and starting to roll over, considering the fresh blood that’s coming into the league. More players got to speak up; more players have to do their part. We don’t want this to continue to happen.”

Simmonds, who joined the Leafs prior to last season, added that he was in the league when the alleged assault occurred as a member of the Los Angeles Kings at the time.

“I felt myself watching that interview; I started to tear up a little bit,” Simmonds said. “It’s heartbreaking.”

To close out his press conference, Simmonds was asked whether his faith in the NHLPA based on their handling of Beach’s case has changed.

“Quite frankly, yeah, it has,” Simmonds replied. “Whether it’s the NHL, NHLPA, everyone has to be held accountable; there are no excuses… this can’t be just another fleeting moment where it’s here now and gone tomorrow.”