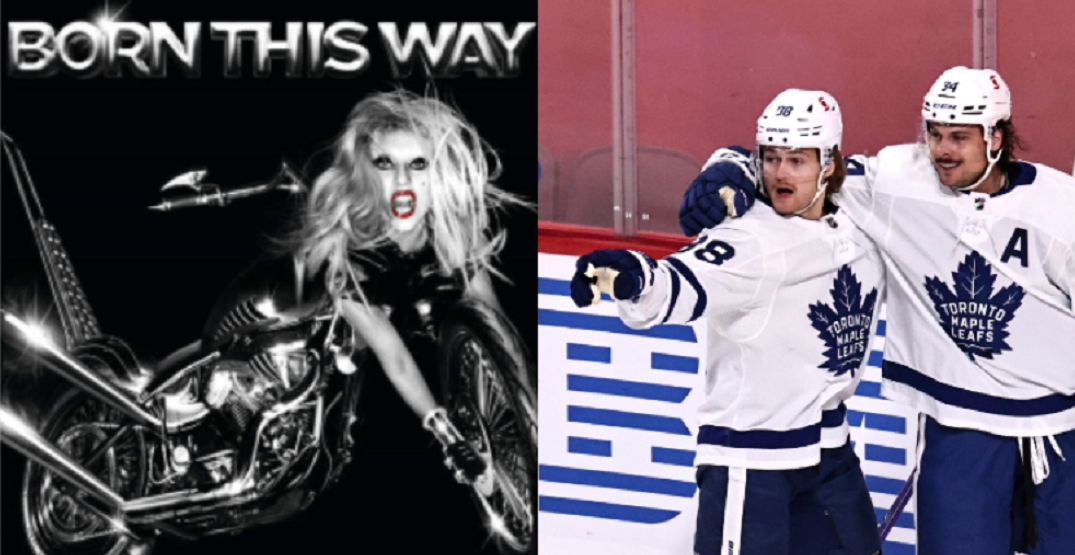 Through the first three games of their playoff series against the Montreal Canadiens, few players on the Toronto Maple Leafs have looked more engaged than William Nylander, who has a goal in each game so far.

When asked Monday night after the Leafs’ 2-1 Game 3 win that gave them the 2-1 series lead about where he gets his confidence from, Nylander didn’t shy away from the question.

“I was born that way,” he answered.

Usually up to date on his pop culture knowledge, it was unclear if Nylander was referencing Lady Gaga’s second studio album Born This Way, which was certified 4× Platinum in both Canada and the United States and celebrated its 10-year anniversary on May 23.

Interestingly enough, much of the empowering title song would be a great rally anthem for Nylander.

Where he was born and where he grew up has always been an uncomfortable topic of conversation when it comes to Nylander’s perception in a Toronto fanbase that doesn’t always have the greatest reputation for being welcoming.

Despite Toronto having one of the world’s most diverse populations, archaic attitudes still often pop up in conversation about his value as a hockey player, or even his character as an individual.

Nylander is Canadian by birth, having been born in Calgary while his father was a member of the Flames organization.

But a Swedish passport, upbringing, and representation for the Tre Kronor in his international career brings along a xenophobic section of a fanbase that believes in players doing things ‘the old school way,’ pushing a physical style that involves getting in the dirty areas of the ice and that’s simply something that a player like Nylander can’t do.

It’s all a bunch of BS, of course.

For starters: two of the greatest Leafs of all time — Borje Salming and Mats Sundin — are Swedish. Both were known for using their large frames to their advantage.

You could also, just, like, watch the games. Nylander’s first goal of the series was a prime example of his great forechecking ability, as he managed to bang in a rebound right on the doorstep of the goal to make the game 1-1.

In a sport often so devoid of personality, Nylander brings something different, with his latest hairstyle or beach outfit bound to trend on social media with every new post.

A player like a modern-day Nylander might have driven former Leafs owner Harold Ballard up the wall. Then again, he would’ve made his oft-mediocre teams a heck of a lot better.

It’s no secret that a player who’s had the phrase “Give me the puck ;)” in his Twitter bio since his early days as a Leaf might come off as a bit smug.

But again, Nylander would probably agree with Lady Gaga’s sentiments.

“Don’t hide yourself in regret,” Born This Way’s chorus sings. “Just love yourself and you’re set.”

A switch to a flashier jersey number in 88 from 29 prior to last season and a return to long hair with varying facial hair styles signalled he’s no longer worried about what his haters have to say.

And if he is, he’s great at hiding it, as his production has more than made up for his $6.96 million annual AAV that was decried by some as one of the league’s worst contracts.

Long removed from a lengthy contract dispute that saw him miss the first two months of the 2018-19 season, Nylander is just about firing on all cylinders every time he touches the puck. He’s put up 48 goals and 101 points over his last 119 games the past two years, a true first-line pace despite often getting second-line minutes.

If you’re still shocked to see Nylander producing in the playoffs, it honestly shouldn’t really come as a surprise. He’s about as consistent as they come in Toronto.

In his five playoff series with the Leafs, he’s scored eight times now. His three in this series is a new career high.

The Leafs have yet to win a playoff series in Nylander’s time as a Leaf, with their last victory in a postseason round coming way back in 2004.

“You learn over the years,” Nylander said Monday. “Every time you lose, it digs even harder. We wanna battle and battle and get better every year.”

Living with Nylander this season has been fellow Swede and Leafs defenceman Rasmus Sandin. Asked after Saturday’s Game 2 win where Sandin was getting his confidence, Nylander once again showed some of his own.

William Nylander on where Rasmus Sandin gets his confidence. pic.twitter.com/Cf8nyb6OHD

At the age of 25, Nylander is a veteran leader now on a team that’s full of them. And his teammates are taking notice.

Prior to Monday’s game, Zach Hyman was full of praise for Nylander’s performance in the series so far.

“When Willy is playing his game, he’s one of the best players in the world,” Hyman said.

After Monday’s game, it was goalie Jack Campbell’s turn to gas up one of his buddies.

If the Leafs are to win the series, you can bet they’ll keep counting on a confident Nylander to find the back of the net.