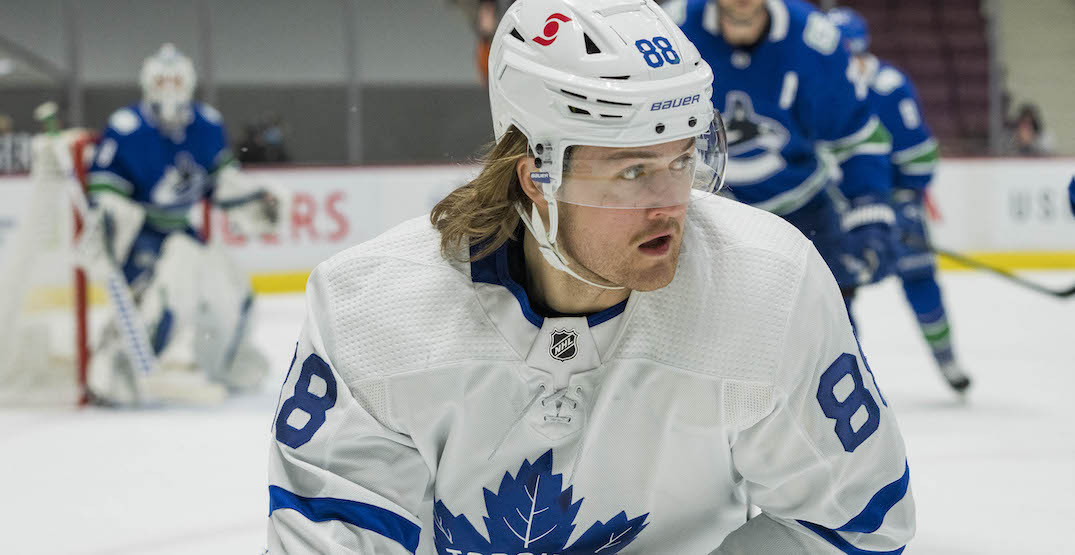 William Nylander could be in line to be a healthy scratch.

The Toronto Maple Leafs forward was late for a team meeting today according to head coach Sheldon Keefe. Nylander was wearing a grey practice jersey, which is a colour usually reserved for extra skaters, according to multiple reports.

Ilya Mikheyev left practice early though, and if he’s not healthy enough to play tomorrow in the rematch against the Canucks, it could keep Nylander in the lineup.

Three newcomers — Nick Foligno, Ben Hutton, and Stefan Noesen — are expected to join the Leafs tomorrow in Winnipeg, after completing their seven-day quarantines. The Leafs and Jets play Thursday night.

Zach Hyman missed practice after being injured by Alex Edler on Sunday. Keefe told reporters that Hyman has a sprained MCL and will miss at least two weeks of action — relatively good news, given how the injury looked.