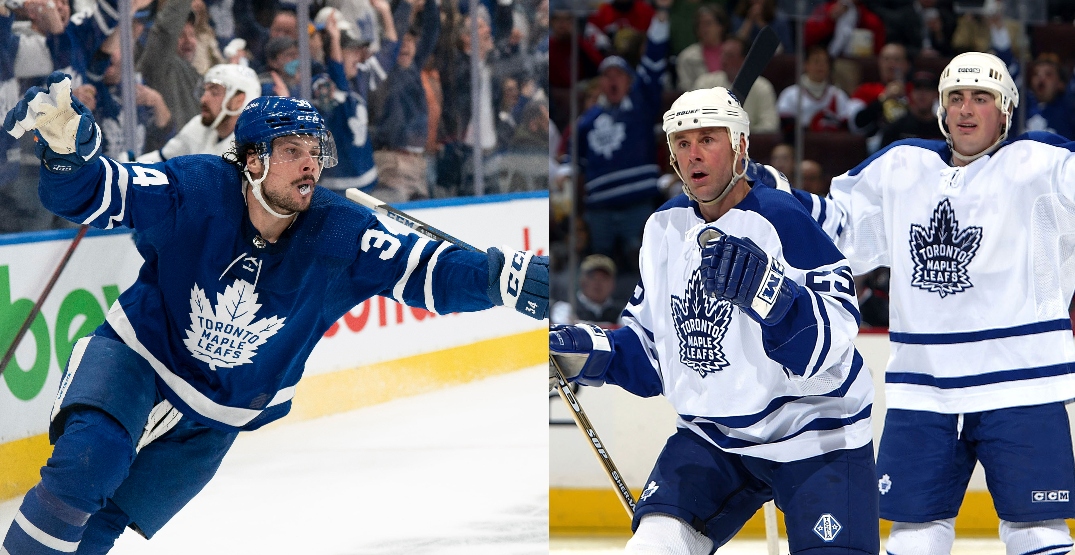 The Toronto Maple Leafs have an opportunity to end one of the NHL’s longest active playoff series win droughts tonight.

Up 3-2 in their series against the Tampa Bay Lightning, the Leafs can eliminate the Stanley Cup champs with another win in Game 6. It would also put the Leafs into the second round for the first time since 2004.

They beat Ottawa in seven games that year, before losing to Philadelphia in Round 2.

The last time the Leafs won a playoff series, Mats Sundin was their captain, Ed Belfour was their starting goalie, and Pat Quinn was their head coach. Ron Francis and Brian Lettch were also on that team.

George W. Bush was the President of the United States.

The Leafs currently own the NHL’s second-longest playoff series win drought, trailing only the Florida Panthers. They’re the only two teams that have yet to win a series in the salary cap era.

Ironically, the Panthers could end their own drought tomorrow.

Here’s a look at the 10 longest active playoff series win droughts, not counting the 2020 play-in series: