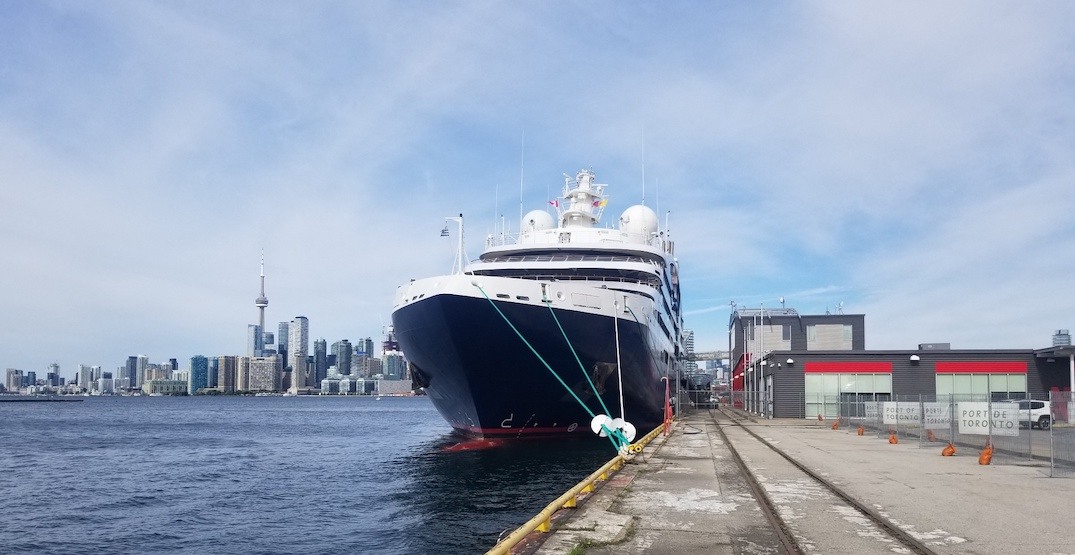 But this 7-deck vessel is hard to miss.

Docked in Toronto on Sunday was Ponant’s Le Champlain, one of the largest cruise ships to sail through the area, according to PortsToronto.

Due to the depth of Lake Ontario, particularly in the areas immediately surrounding Toronto, the traditional major cruise lines (such as those which frequent cities like Vancouver) can’t make it into the local port here. 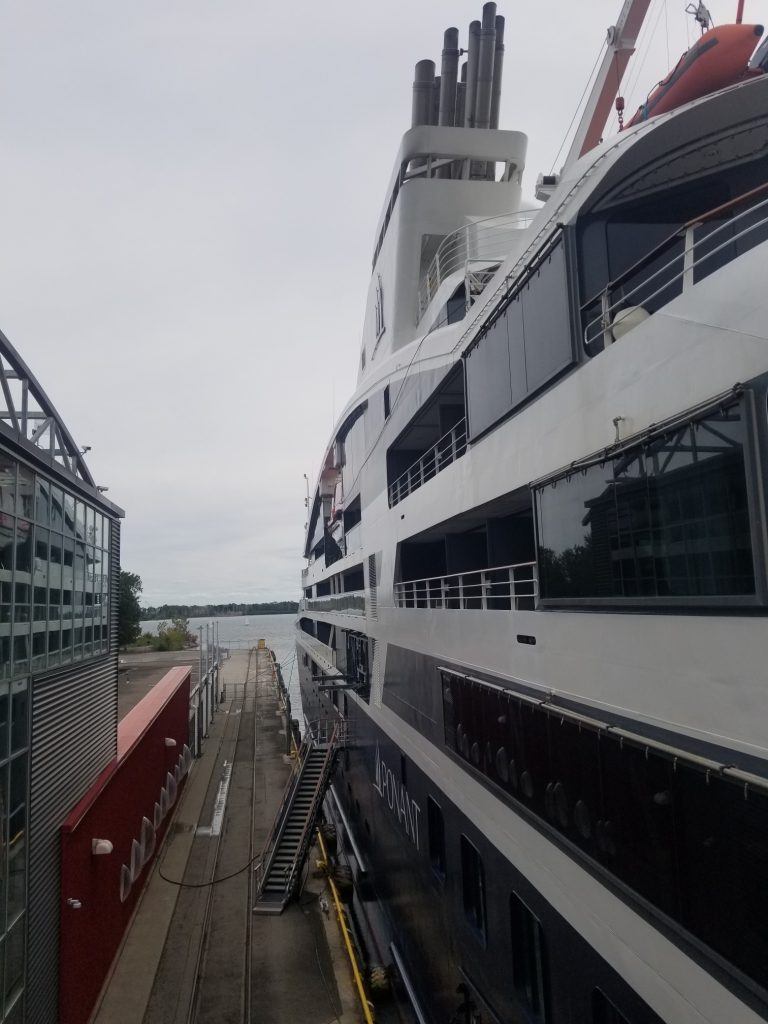 And standing in front on MV Le Champlain, it’s clear why this is one of the largest vessels that is able to make it through to Toronto.

Docked on calm lake water past a portion of the Port Lands that’s home to film studios, the 180-passenger ship arrived on September 29, flying its French flag.

Ponant owns nine ships, four of which are larger, Captain Boucher said. And Le Champlain is one of the cruises equipped with environmentally-friendly machinery. 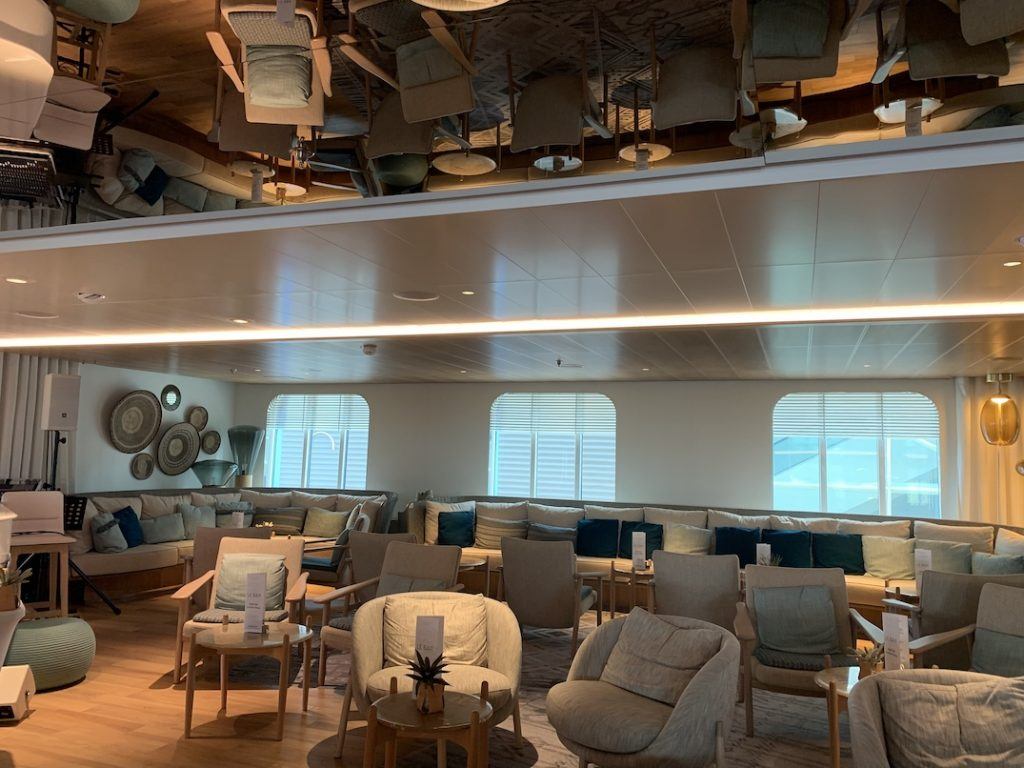 Inside, the cruise ship is decked out in elegant designs, its rooms are large, and the amenities are better than the ones you’d find in a typical Toronto condo building.

This ship is equipped with a theatre, a hospital, a pool, a spa, and an underwater bar.

Large windows by the suites allow the light to seep in through all parts of the ship, all the way down below deck. Seriously, that’s where you’ll find the Blue Eye lounge. 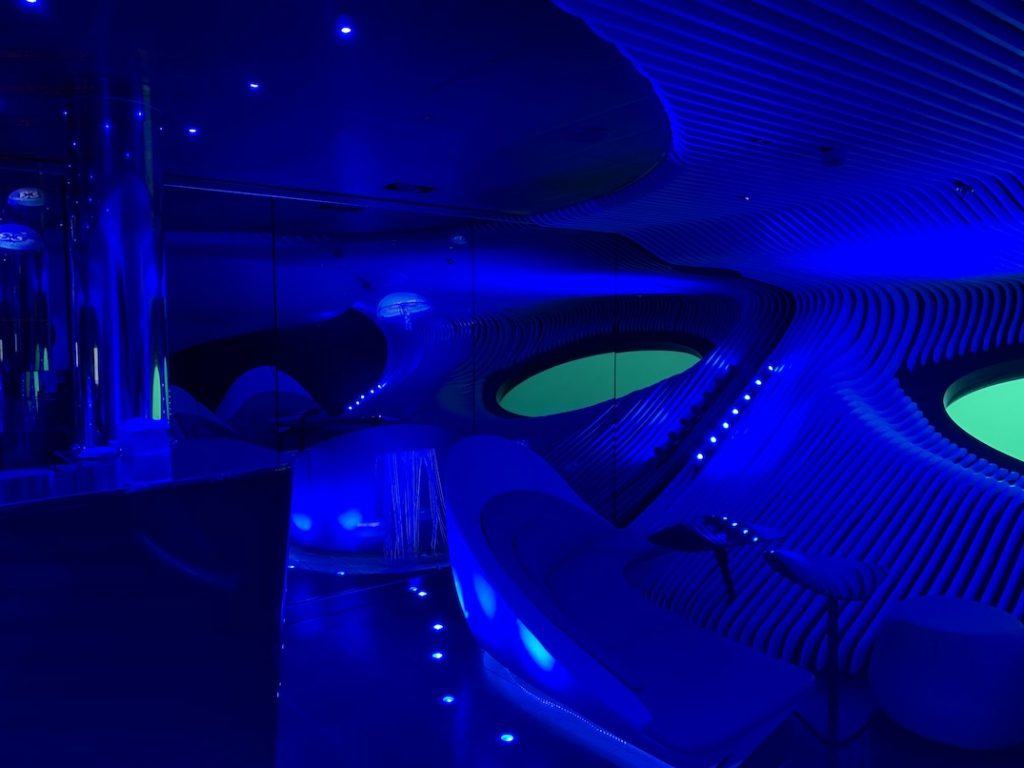 When it sailed through this weekend, it was the second time Le Champlain has visited Toronto in the last two weeks.

“It’s nice, because of the skyline,” said Captain Boucher. “To see Toronto, at night, from the sea, it’s very nice.”

And the daytime views aren’t too shabby either. 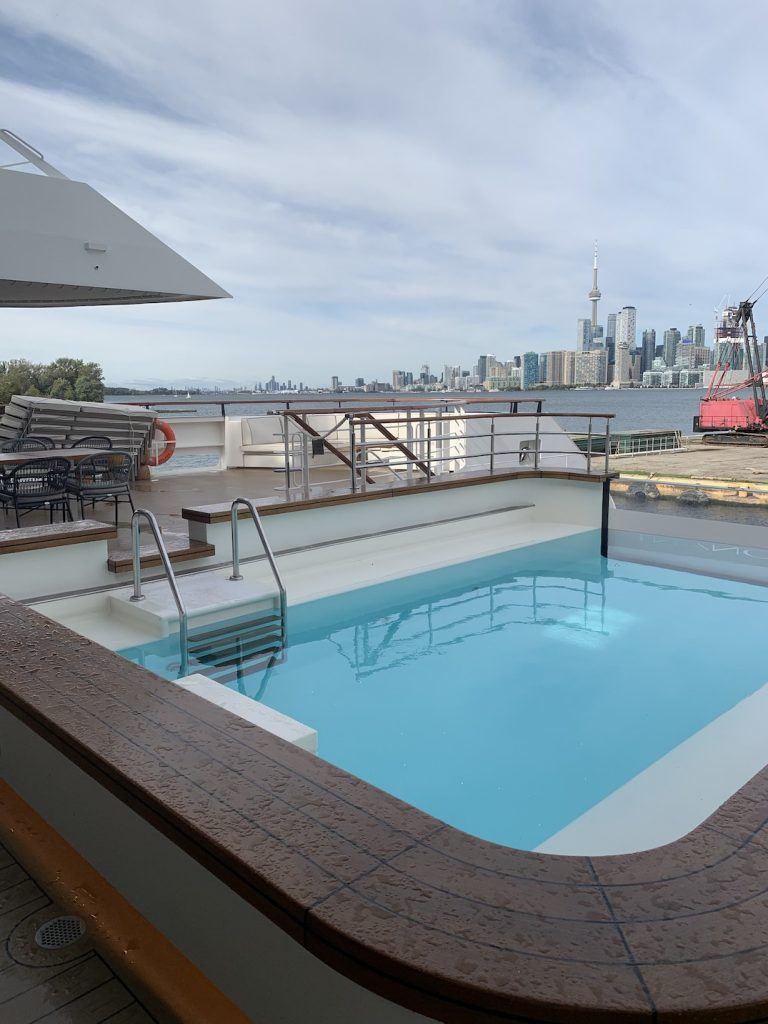 It’s no wonder the city has seen more than double the number of ships this summer.

“The Port of Toronto is becoming an increasingly popular cruise ship destination as it offers a unique urban experience to travellers making their way through the magnificent Great Lakes,” said Sarah Sutton of PortsToronto.

“In fact, this year marks a record year in cruising as the Port of Toronto has already welcomed 30 cruise ships and is expecting six more before the end of October, bringing approximately 12,500 visitors to Toronto. This represents more than double the number of ships that visited during the 2018 cruising season.” 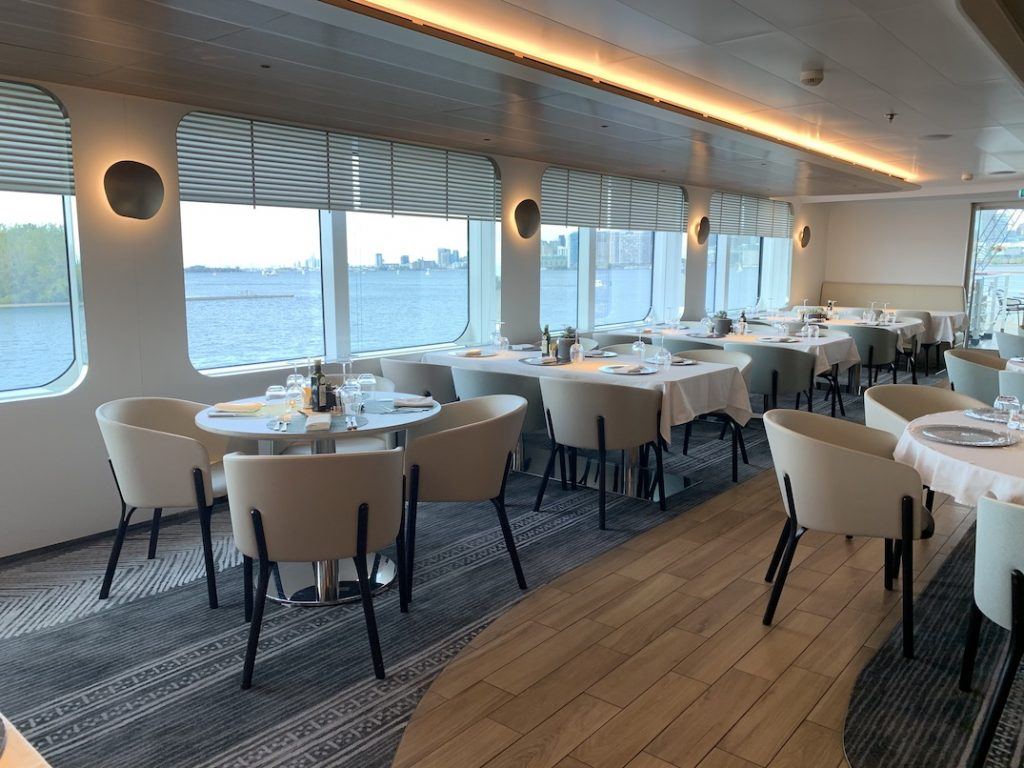 The crew on Le Champlain told Daily Hive that when the ship was docked in Toronto, a group of visitors had just debarked, and a new group of tourists were arriving to board from the US.

It turns out, the Great Lakes is becoming more and more popular for cruise ships, and Toronto is one of the hot spots along the routes.

A map on PortsToronto’s website shows some of the cities that welcome cruise ships regularly along the Great Lakes. In Ontario, Parry Sound, Kingston, Midland, Little Current, Upper Canada Village, and Sault Ste Marie are on the route. 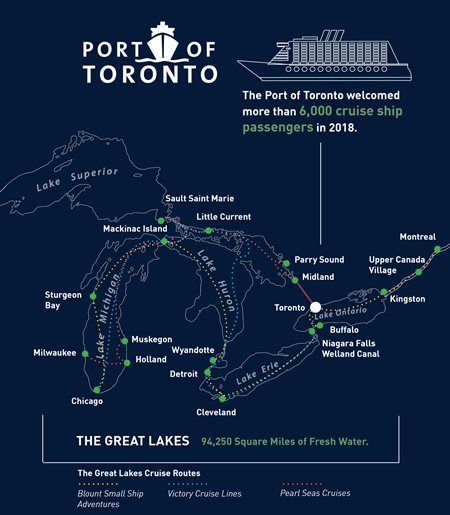 “In terms of economic impact, the increasing popularity of Great Lakes cruising absolutely contributes to Toronto’s thriving tourism industry as visitors, such as those coming in on MV Le Champlain, can so easily explore all that the city has to offer such as its incredible restaurant scene, countless attractions and events and diverse culture,” Sutton told Daily Hive.

“Plus, many of the cruise ship passengers stay in the city’s hotels for six or seven nights.”

After some time exploring Toronto, passengers are whisked away onto a different city. But there’s a chance they won’t forget these views.

Even from the gym. 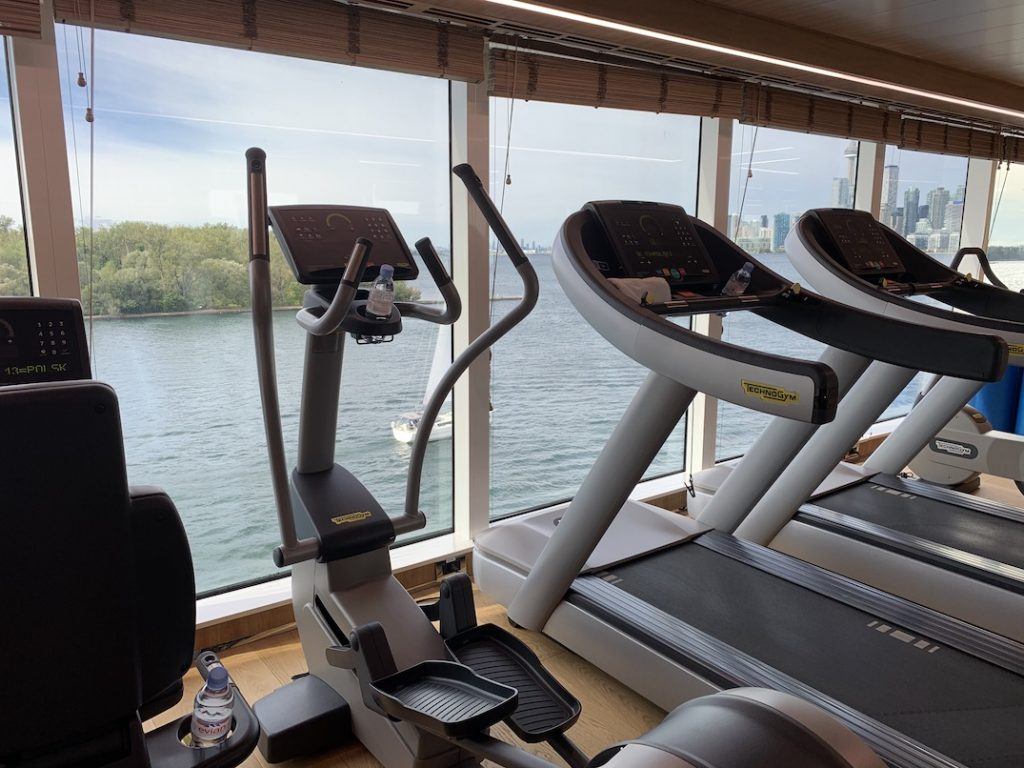 The gym on the ship/ Daily Hive Toronto

MV Le Champlain sails back to Toronto for the final time this year on October 14. 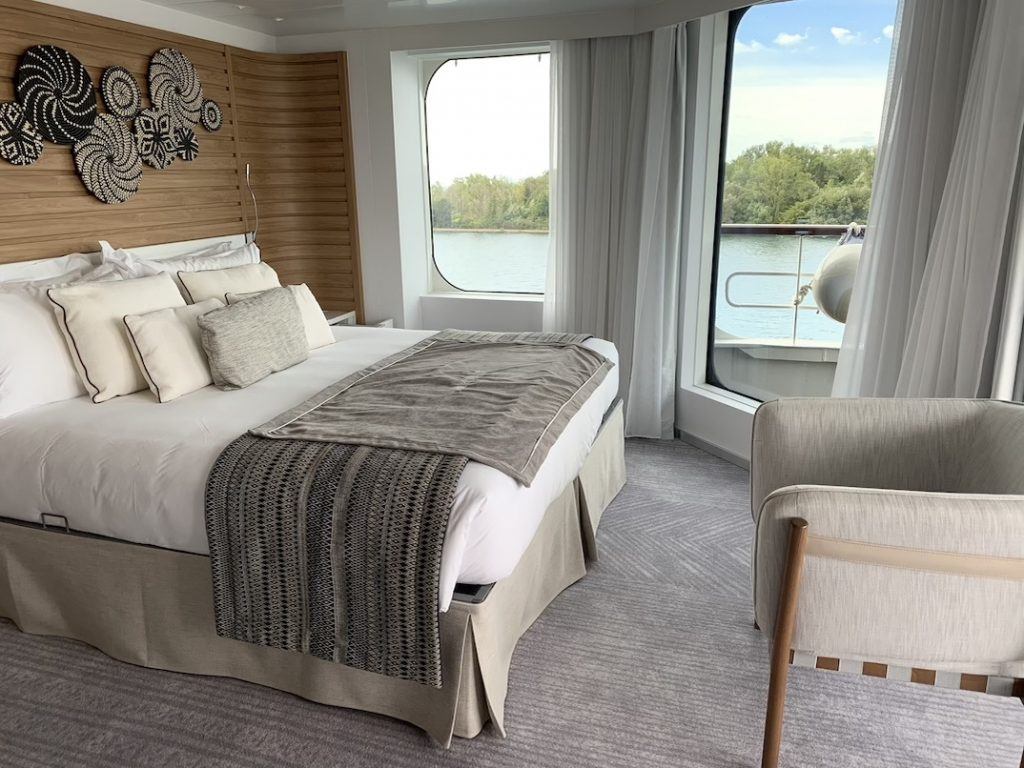 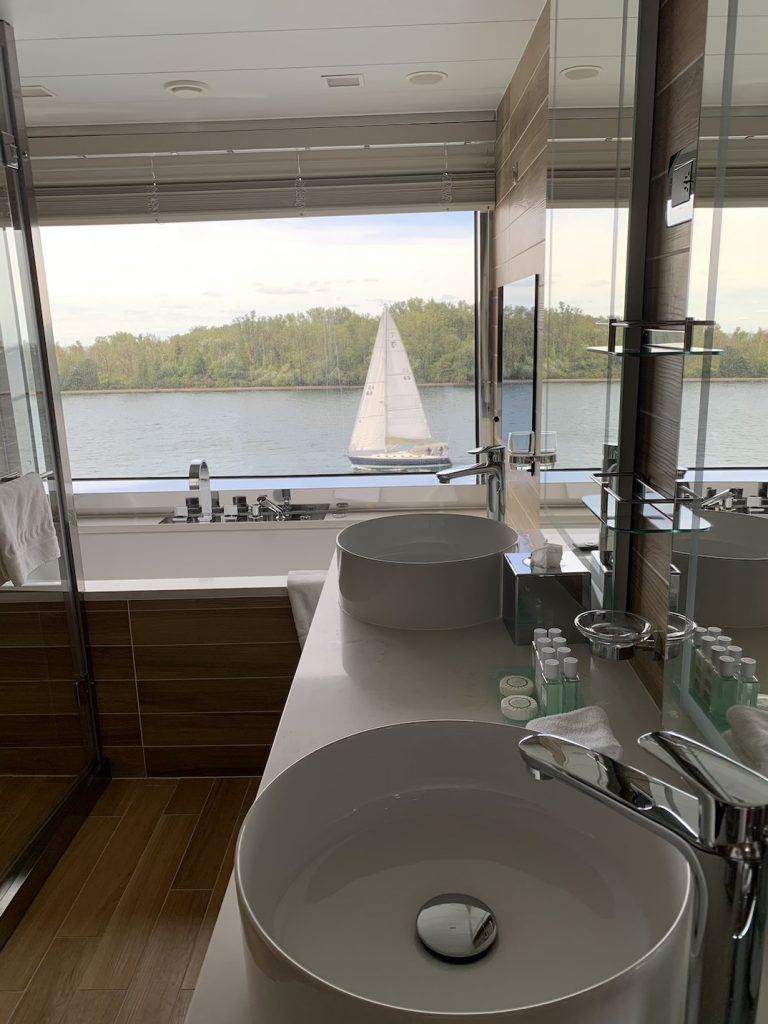 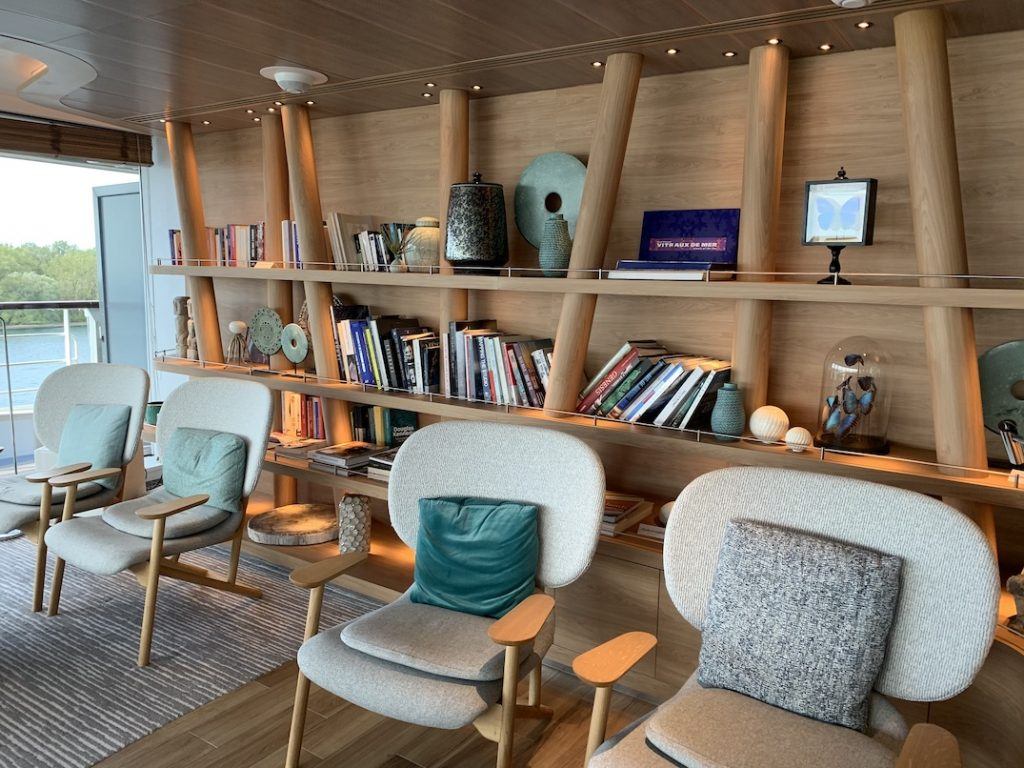 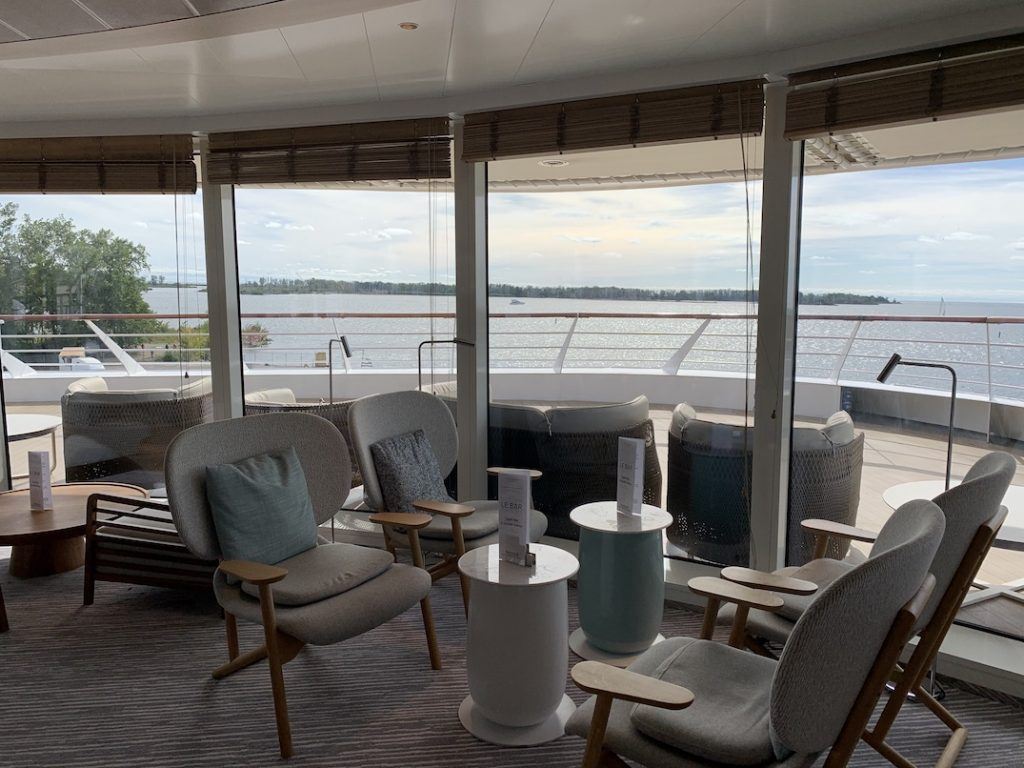