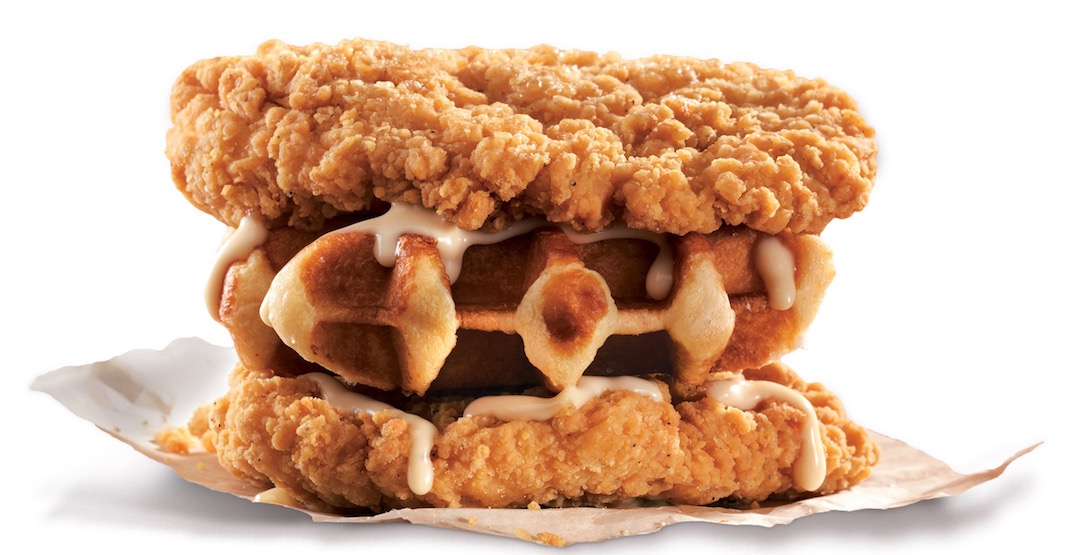 KFC’s new Waffle Double Down sandwich might not officially launch across Canada until March 26, but we’ve got good news for fried chicken fans living in the GTA.

Locations on Queen Street East in Toronto, and at Jane and Rutherford Road in Vaughan will be dishing out this handheld chicken n’ waffle creation two days before the national launch! And best of all, the first 50 people in line eat for FREE!