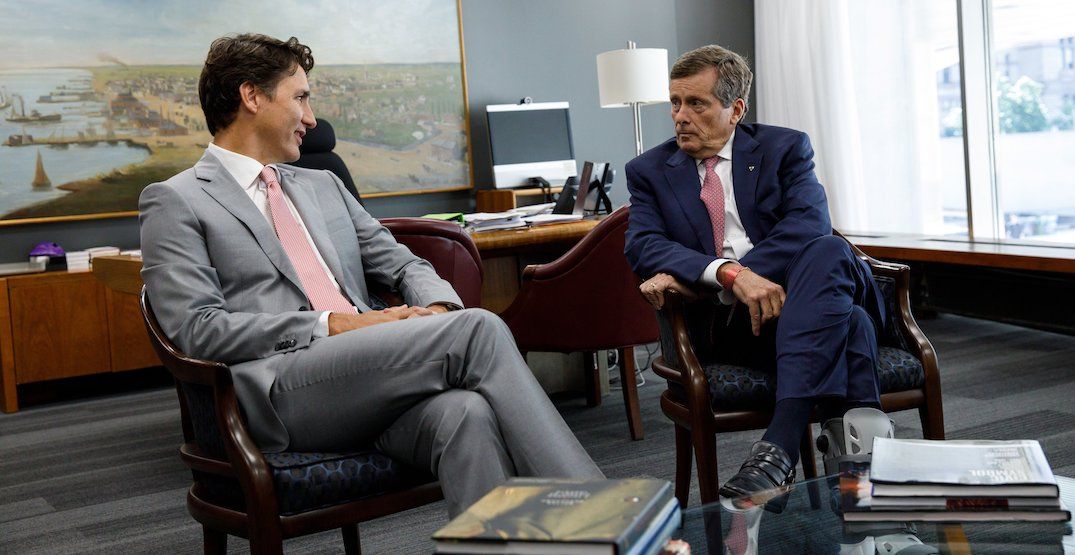 Tory and Trudeau in 2019 (John Tory/Twitter)

Toronto’s mayor has sent letters to the leaders of Canada’s four major parties, telling them what the country’s largest city needs from the federal government.

He says that continuing COVID-19 operating budget relief funding is one of five priorities for the city.

Tory says critical investments in Toronto will contribute to a national recovery that helps all Canadians.

He says he looks forward to hearing the four leaders’ plans to address these issues during the federal election campaign.