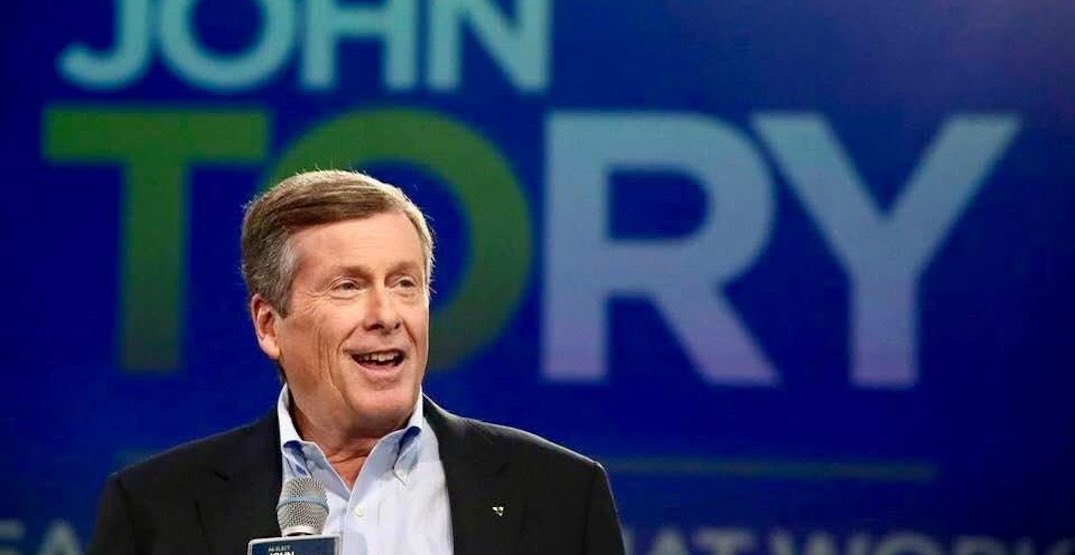 Toronto Mayor John Tory has been announced as a keynote speaker for SXSW 2019.

The internationally acclaimed South by Southwest (SXSW) Conference and Festivals will be held on March 10, in Austin, Texas.

According to the City, Tory’s speech, entitled “Toronto’s Tech Sector: Not Just Bros and IPOs,” will provide context and insight into Toronto’s rapid growth as a tech city, having created more jobs in the past few years than Silicon Valley, Washington DC, and Seattle combined.

In its event description, SXSW states that Toronto has been making a lot of news.

“Why are companies and people investing in Toronto? It’s because it’s different. It’s a tech city that is focusing on more than just growth, exits and wealth, but also impact. Toronto is investing in its people and, in turn, its people are making a positive impact in the world by solving big societal challenges and creating an environment where everyone can succeed,” states the event page.

The mayor will be joined at the conference by a Toronto technology delegation of more than 50 companies and community leaders.

“Toronto’s tremendous growth as a tech city is largely because we do more than focus on growth. We also focus on impact,” said Tory in a release. “People and companies are investing here because we invest in them, and together we’re solving challenges in an environment where everyone can succeed.”