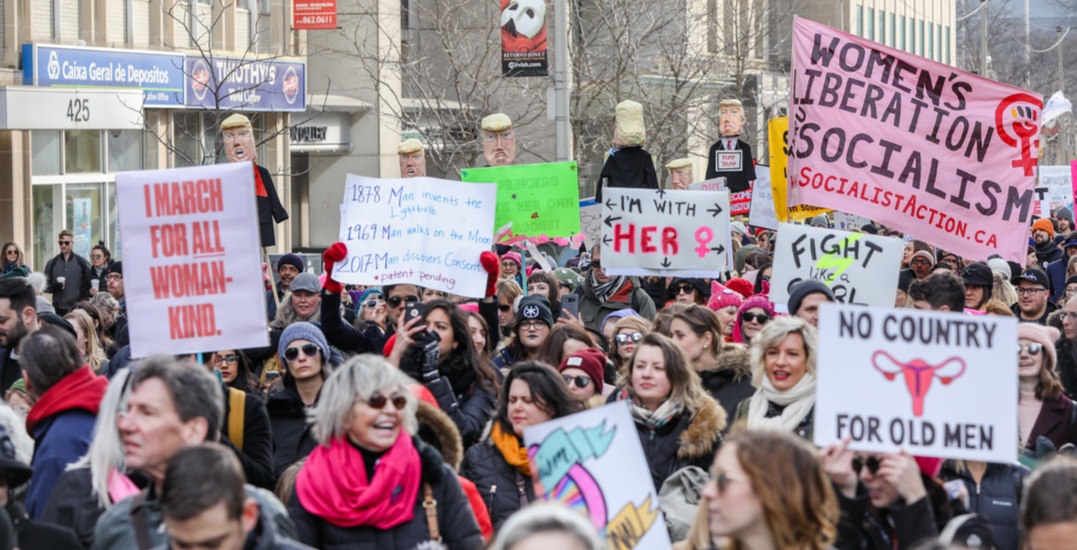 Since the early 1900s, brave women have been standing up for the rights of future female generations.

And as we continue moving forward towards gender equality, and there’s no better time to demonstrate this than on International Women’s Day.

On March 8, we will celebrate women’s economic, political, social, and cultural achievements globally.

And Toronto is no exception.

Celebrate women everywhere by taking the time to check out these Women’s Day events happening in the city this week.

What: Hosted by Krav Maga Academy, this introductory class covers a variety of physical and verbal self-defense techniques as well as awareness and avoidance of threatening situations.

What: Head to the Danforth and enjoy an incredible lineup of female stand-up comedians who have had appearances on Just for Laughs, Comedy Network, Absolute Comedy, Yuk Yuks, Halifax Comedy Festival and more.  The headliner is Cathy Boyd.

What: Nadège, the city’s beloved pastry and dessert destination, is gearing up to dish out FREE macarons all day long on International Women’s Day. On Friday, March 8, any woman who stops by Nadège’s Queen Street, Rosedale, Richmond-Adelaide or Yorkdale storefront can pick up a free limited-edition macaron.

What: This pop-up celebrates International Women’s Day with a fundraiser and neighbourhood party that brings together local artists, poets, crafters, makers, book lovers, ukulele players, free workshops and positive life-affirming conversations. There will also be swag bags worth $50 available for the first 100 visitors.

When: March 8
Time: 5 pm to 10 pm
Where: Tranzac Club, 292 Brunswick Avenue
Admission: Free to the public

What: You can celebrate International Women’s Day at this panel discussion and mix and mingle featuring a number of local female executives and entrepreneurs. A portion of ticket proceeds will be donated to Dress For Success Toronto.

When: March 8
Time: 6:30 pm to 8:30 pm
Where: Colette Grand Cafe at Holt Renfrew Yorkdale (located on the main floor)
Admission: Tickets are $35

God is a Woman: An Ariana Grande Dance Party

What: Consider your plans made because this Friday, Bangs&Blush will be playing so much Ariana Grande it will make you weep. Dance the night away to hit after hit from pop music’s biggest female singer.

When: March 8 to 11
Time: Times vary by day
Where: Various venues throughout the city
Admission: Free to attend