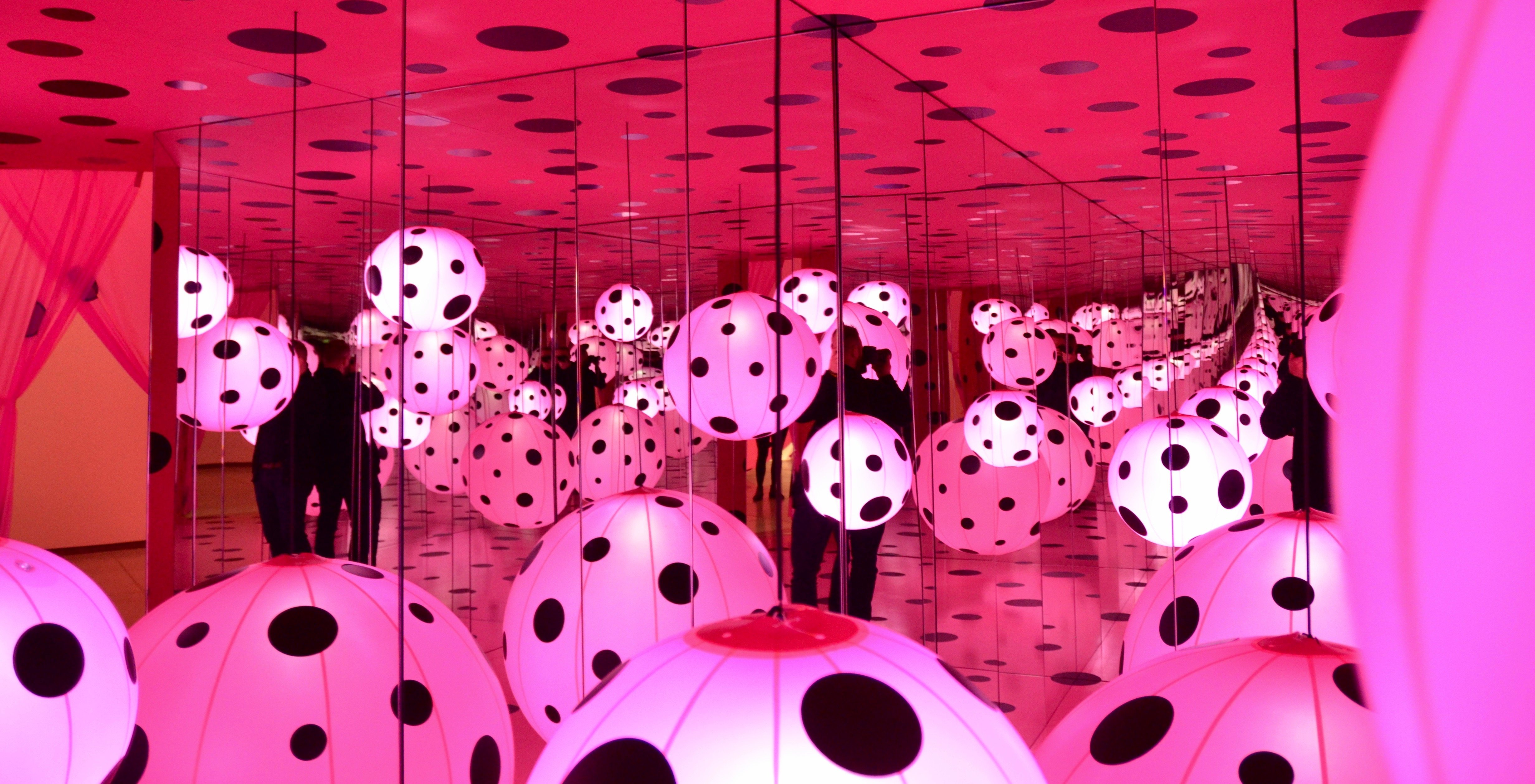 After a very successful tour throughout the US, Infinity Mirrors is making its only Canadian tour stop at the AGO, where visitors will have the opportunity to experience six of Kusama’s most iconic kaleidoscopic environments. 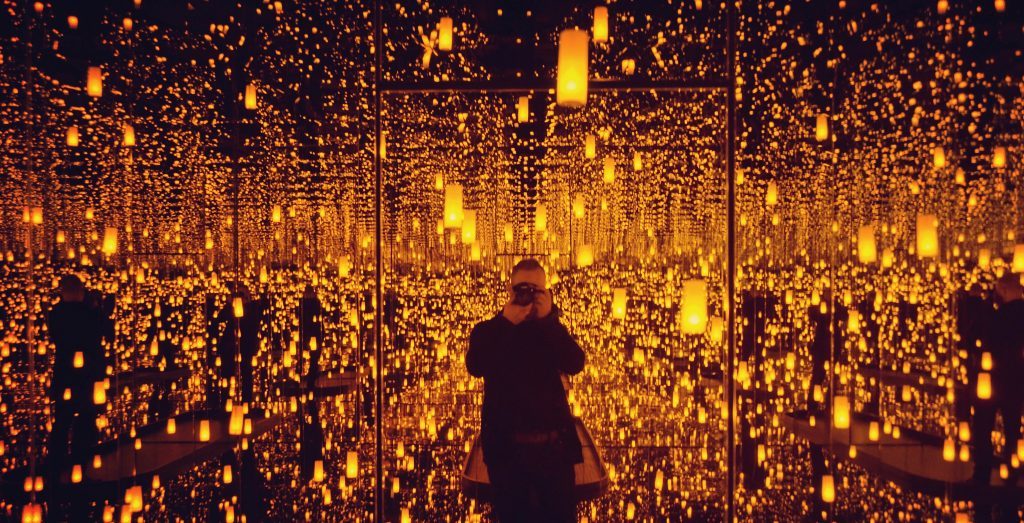 Created by the 87-year-old Japanese artist, Infinity Mirrors will feature various large-scale, whimsical installations and key paintings, sculptures and works on paper from the early 1950s to the present.

Getting tickets to this hot show became the virtual Toronto line-up of the year, as thousands tried to snag a pair of the coveted tickets in January when they were first released.

And now, the AGO will be releasing another block of tickets starting at 10 am. 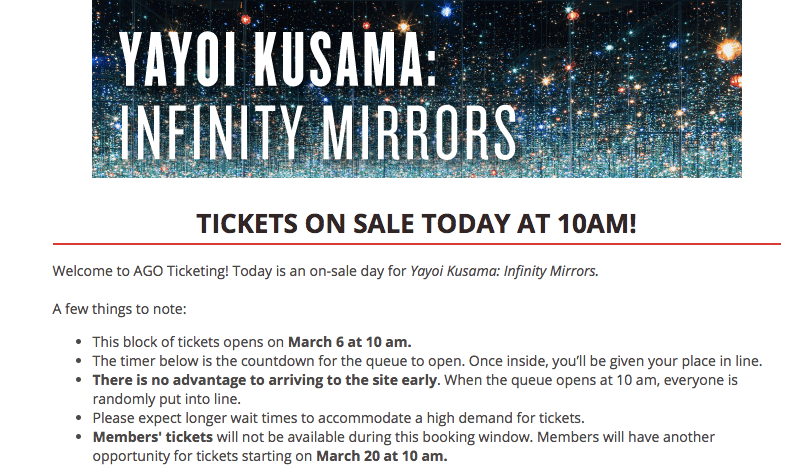 That’s right, today, Tuesday, March 6 at 10 am, more tickets will be available online for $30 (there’s a maximum of two tickets available for purchase per person).

Upon landing on the ticket page, the AGO reminds art fans that there will be a wait, and that the queue that begins will be random.

January’s tickets took hours to get through, so if you really want them, just be patient. It’s worth it.