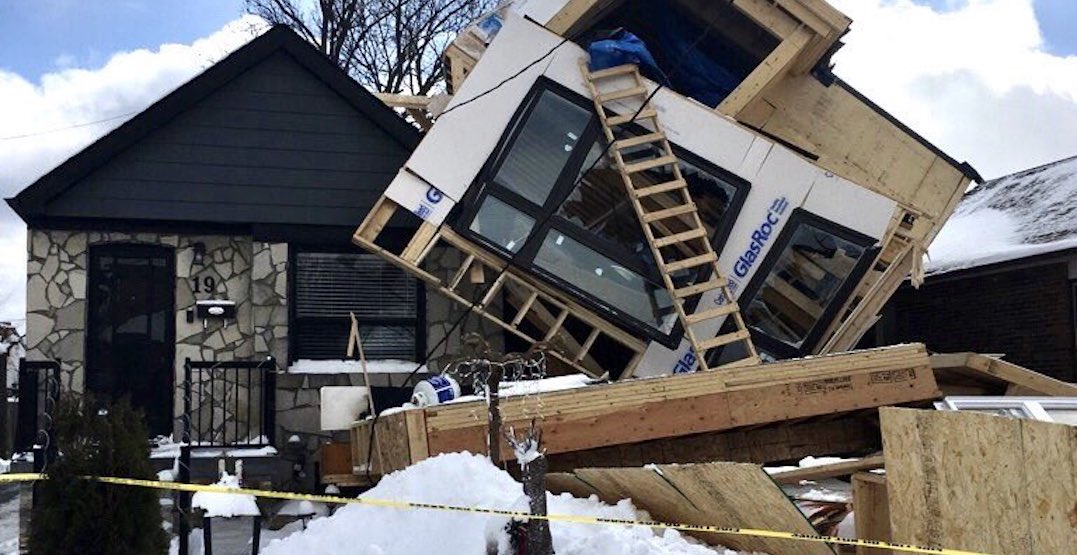 A house under construction collapsed onto the home next-door in Toronto’s west end on Thursday, according to the city’s fire department.

Toronto Fire Services responded to the “structural collapse” around 2:20 pm, which was determined to involve a house that was under construction.

They said that there were no reported injuries, and that Toronto Building and the Ministry of Labour were notified.

TFS is on scene of a structural collapse; house under construction. There are no report of injuries, Toronto Building and the MOL notified pic.twitter.com/XCINEXvCHi

Toronto police said that the incident occurred near Jane Street and Homeview Avenue, and the collapse may have been a result of yesterday’s strong winds.

Roads were closed in the area around 3 pm, and were reopened around 9:40 pm.