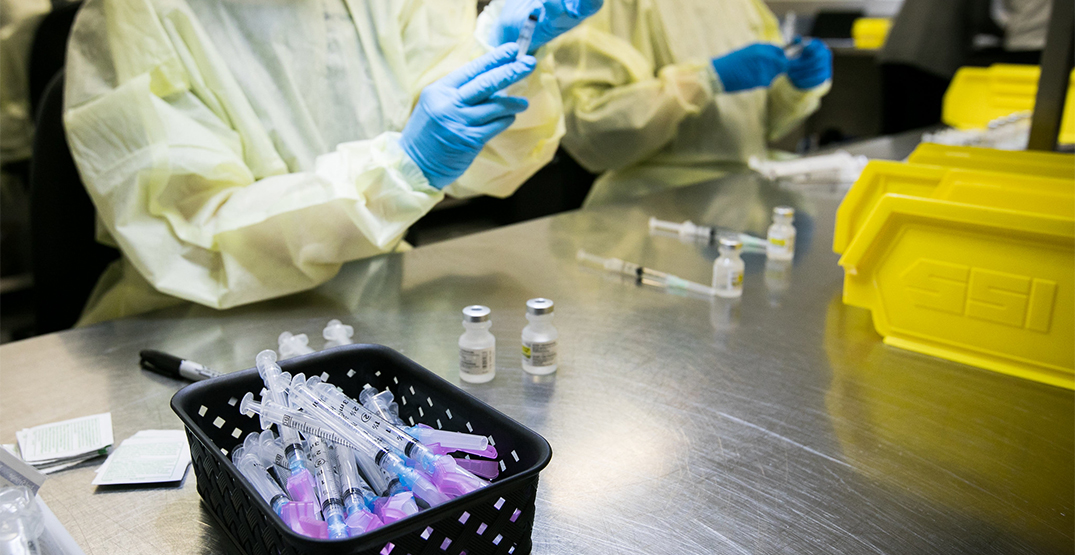 Public health experts in Ontario now say the province needs 90% of its population to be fully immunized to achieve herd immunity against the Delta variant.

Public Health Ontario released an evidence brief this week saying its research and modelling suggests that’s the target needed to further reopen safely with the more transmissible and more dangerous Delta variant as the dominant strain in the province.

The 90% figure refers to the total population, including kids who aren’t eligible to be vaccinated — meaning 100% of eligible Ontarians 12 and up need to get both shots.

Previously, Ontario’s top doctor said a 75% immunization rate would be enough to lift Step 3 restrictions with the Alpha strain in circulation, but that’s not enough to combat Delta spread.

It also warned the province to prepare to rapidly vaccinate children 11 and under as soon as vaccines are approved for use on kids.

In the meantime, PHO said it’s important to protect children by ensuring that everyone who interacts with them is fully vaccinated.

The organization also recommended the Ontario government maintain the indoor mask mandate until fall, watch for a potential new variant of concern, and take steps to protect the elderly, who may experience waning immunity from their initial vaccinations.