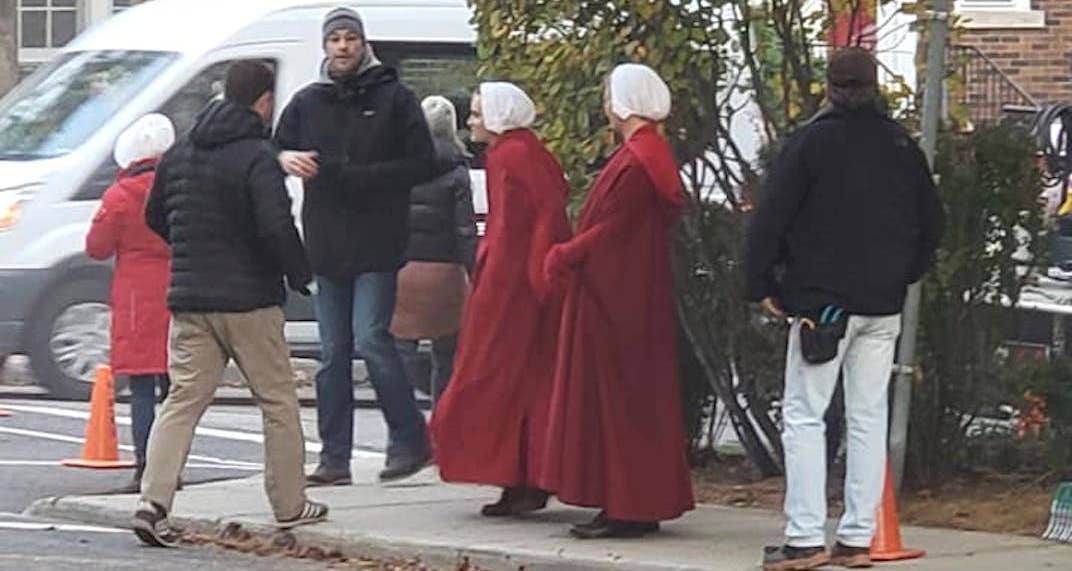 Fans patiently waiting for season three of Margaret Atwood’s The Handmaid’s Tale will be happy to learn that the show is back to filming as cast and crew were spotted throughout Ontario this week.

In photos shared on social media, you can see props and numerous handmaids in their red capes and white bonnets at a number of locations including downtown Toronto and throughout Hamilton.

The season one and two adaptations of Atwood’s best-selling book were filmed in various locations throughout the city including City Hall and Artscape Wychwood Barns, so we can only expect to see more shots of Toronto in the coming season.

Fans of the show happened to catch the handmaids in action downtown near the University of Toronto.

And also in Hamilton.