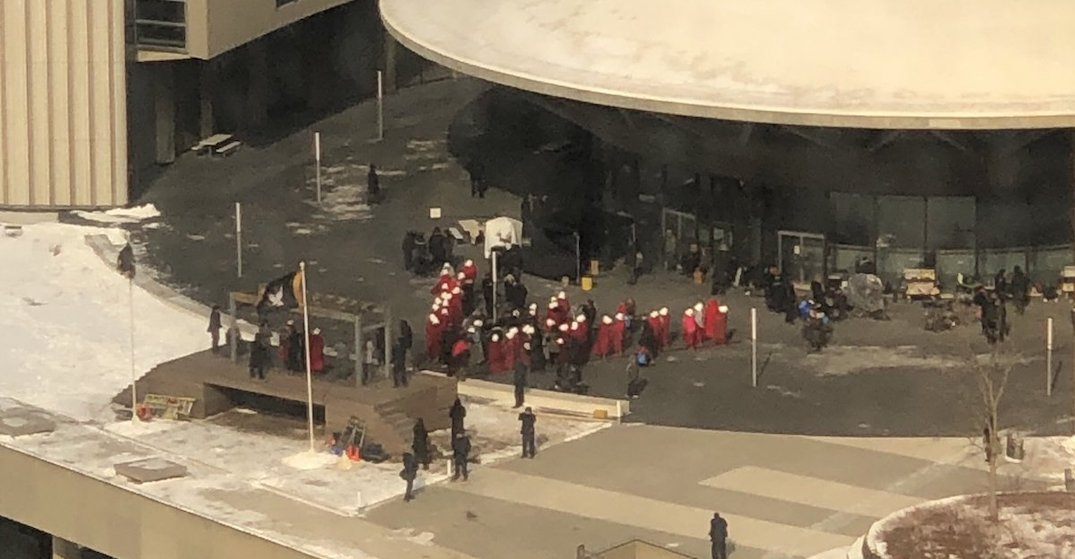 In photos shared on social media, you can see props and numerous handmaids in their red capes and white bonnets all around City Hall, where they were filming today.

Seasons one and two adaptations of Margaret Atwood’s best-selling book were filmed in various locations throughout the city including City Hall and Artscape Wychwood Barns, so this isn’t the first time the handmaids have been spotted in Toronto.

Fans of the show happened to catch the action early this morning and videos and photos shared on social media show the handmaids filming a hanging scene.

Love getting Handmaid’s Tale Season 3 spoilers without even leaving my desk pic.twitter.com/PKfc5oM4Hq