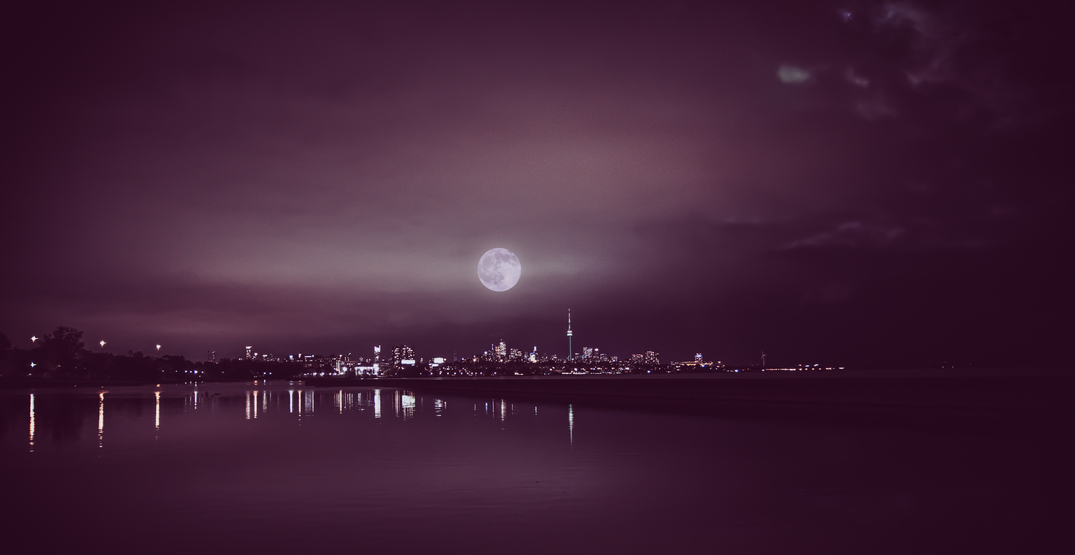 It’s one of the best days of the year to go out, but Halloween in Toronto may be dampened by a storm system heading this way.

According to The Weather Network, following Wednesday’s Weather Statement, the next potential system in Ontario could bring heavy rain and winds for trick-or-treaters.

The Weather Network states that the impact from this moisture packed system will begin on Wednesday, with a widespread soaking rain picking up through the day on Thursday.

“After being spoiled by temperatures more typical of mid-September to start the week, conditions are deteriorating — and quickly — across Ontario. This of course means that the timing of this storm will poorly align with any Halloween festivities on Thursday,” said The Weather Network. 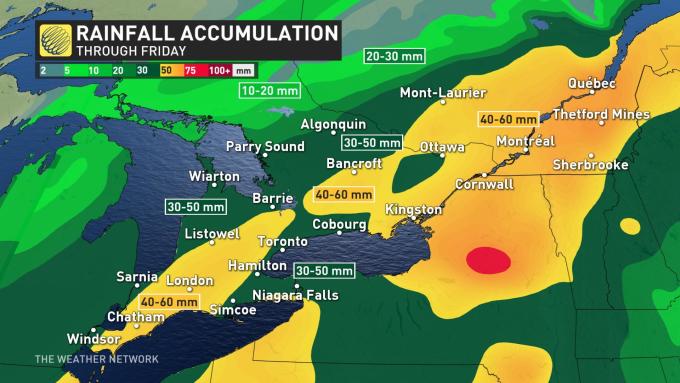 The weather system will impact Toronto right through Friday. It’s expected to bring with it rain through much of Halloween day.

“The rain will be heavy at times with rumbles of thunder possible during Thursday afternoon and early evening as totals reach 30 to 60 mm across our region,” says Weather Network meteorologist Dr. Doug Gillham. 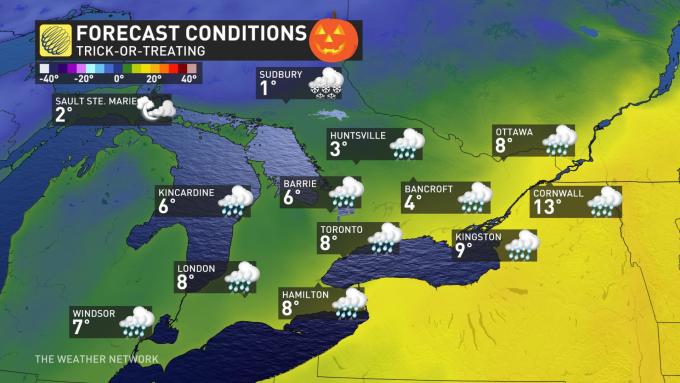 The rain on Halloween is expected to break later on Thursday evening, but probably after trick-or-treating times, said the weather agency.

Following the rain, high winds are expected to come through Toronto until Friday, and The Weather Network is forecasting showers along with the possibility of wet snow.

“No accumulation is expected across most of southern Ontario, but we could see a coating of wet snow across the higher elevations north and west of the Greater Toronto Area, including Orangeville and the Kitchener and Waterloo region,” Gillham says. 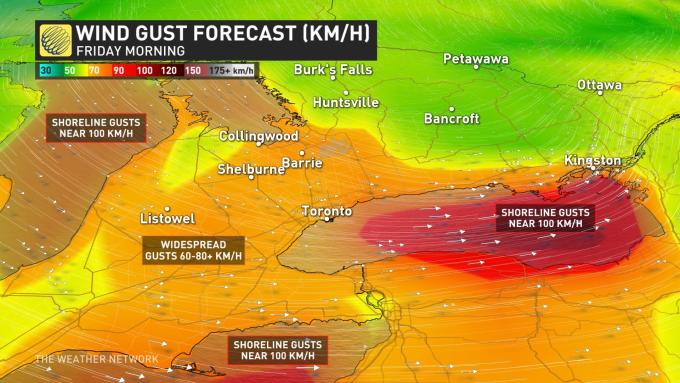 By Friday, wind gusts between 60-90 km/h are possible as a strong cold front cuts through southern Ontario.

The strongest winds are expected late Thursday and into Friday with gusts possibly reaching as high as 100 km/h for the Niagara region and shoreline areas in eastern parts of the province including Prince Edward County by Friday afternoon.

Toronto is showing to have gusts of up to 70 km/h.

Be safe out there this Halloween night!